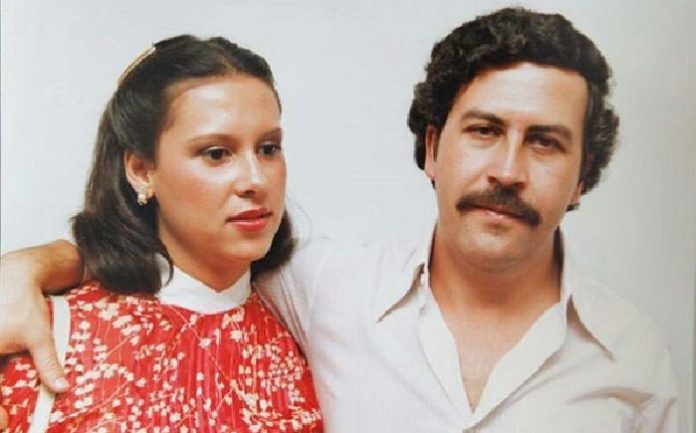 Maria Victoria Henao was married to master criminal Pablo Escobar for seventeen years. Her loyalty to her family is well documented, and the incredible wealth gained by Pablo’s criminal empire is the stuff of legends. But since Pablo was killed in a hail of bullets in 1993, Maria and her children have attempted to leave the violent legacy of Pablo’s life behind them, with some success.

Although she lived a life of luxury while married to the head of the Medellin cartel, that lifestyle came at a price, and the death of Pablo Escobar didn’t automatically mean that Maria and her children were safe from those who had been victims of Pablo’s activities. Now living far away from her native Colombia, and with a far more modest standard of living, Maria’s life is still shrouded in secrecy, but exactly how wealthy is the widow of the World’s most successful criminal now in 2018?

How Did Maria Victoria Henao Make Her Money & Wealth?

A year ago, I told the story of Pablo Escobar’s rise to power as the head of the biggest drug-smuggling operation the World has ever seen, and even though Maria and her children did enjoy the benefits of his unbelievable wealth, they also lived in constant fear, of the police, and of Pablo’s enemies.

Maria Victoria Henao was born in Palmira Valle del Cauca, Colombia in February 1961. Her parents Carlos and Leonor were honest and hard-working, but poverty and political instability were rife in Colombia at the time, and life was hard. Maria had two older brothers, Carlos, known as Marios, and Pastora, and it was when Marios began working for the small criminal network of Pablo Escobar that she met her future husband.

Maria was only 13 when she first met Pablo, 11 years his junior, and although the two fell in love over the next two years, Pablo’s lower social status, as well as the age difference between them, led to her parents insisting she end the relationship. Pablo and Maria eloped in 1976 when Maria was 15, and the couple married against her parents’ wishes. Maria’s life changed beyond all recognition after that point, for although Pablo’s criminal activities were still modest compared to what he achieved later in life, he was already a rich and powerful cartel leader.

In 1976 Pablo was arrested over the small matter of 39 pounds of cocaine found in his possession, but after two police officers involved in his arrest were killed, and with ominous threats of more killings to come, the case against him came to nothing. Pablo’s wealth in the late 1970’s has been estimated to have been in the tens of millions, and although that was nothing compared to his incredible gains in the following decade, it still allowed Maria and her children to enjoy a wealthy lifestyle.

Maria lived in a variety of luxurious estates throughout Colombia, and abroad, but the hugely profitable cocaine business brought incredible risks for her as the wife of the biggest drug-lord in the World. Maria gave birth to her first child, son Juan in February 1977, and daughter Manuela came along in 1984, but they were rarely ever able to enjoy the lifestyle that Pablo’s wealth allowed. Often on the run, or forced to move at a moment’s notice, they once accompanied Pablo on a two-week-long trek through the jungle while he evaded capture, during which he burned $2 million in cash just to keep his daughter warm.

Pablo’s uncompromising and violent nature was in direct contrast to his qualities as a husband and father, he thought the World of his wife and children, and although he did embark on several affairs during his marriage to Maria, she, in turn, considered that to be entirely predictable, and seems to have accepted his infidelity without complaint.

After Pablo’s death, Maria feared she and her children would be targeted by Pablo’s enemies and the local police. They embarked on a journey around the World seeking shelter, and after several stops, in Mozambique, South Africa, and several countries in South America, they eventually settled in Argentina where Maria changed her name, to Maria Isabel Santos Caballero. Maria lived a quiet life out of the public eye, investing in real estate with money that she may or may not have inherited from Pablo’s criminal empire, but in 1999 an Argentinian TV show tracked her down, and the following year she was arrested on money laundering and drug-trafficking charges.

After spending over 15 months in an Argentinian jail, Maria was finally released without charge, no-one could prove whether she had ever been involved with any criminal activities, or if she had inherited any of Pablo’s wealth after his death. Since her release in 2001, Maria Victoria Henao has once again disappeared into an anonymous and low-key life somewhere in Argentina

Maria has never re-married since the death of Pablo in 1993. She is known to have invested widely in real-estate in Argentina since moving there and is also believed to work as a designer. She has been investigated by Argentinian, Colombian and American authorities since her release from prison in 2001, but the origins of her current wealth remain as mysterious as the true level of wealth of her late husband.

Where Does Maria Victoria Henao Live?

Maria’s exact whereabouts now in 2018 are unknown, she has remained out of the public eye since 2001. Her daughter Manuela has also remained anonymous since living in Argentina, but son Juan, now known as Sebastian Marroquin, has been less secretive about his famous father. In 2009 Sebastian was featured in a documentary that covered his return to Colombia in an attempt to reconcile himself with the victims of Pablo Escobar’s criminal network, and he wrote a book five years later that gave a biographical account of his early memories of life as Pablo’s son, ‘Pablo Escobar : My Father’. Juan donated the proceeds from his book to various charities in Colombia that benefit the poor, and has maintained a public Facebook profile ever since. In September 2016 he posted a long statement concerning the hit TV series ‘Narcos’, in which he listed what he claims are the many inaccuracies in the drama series.