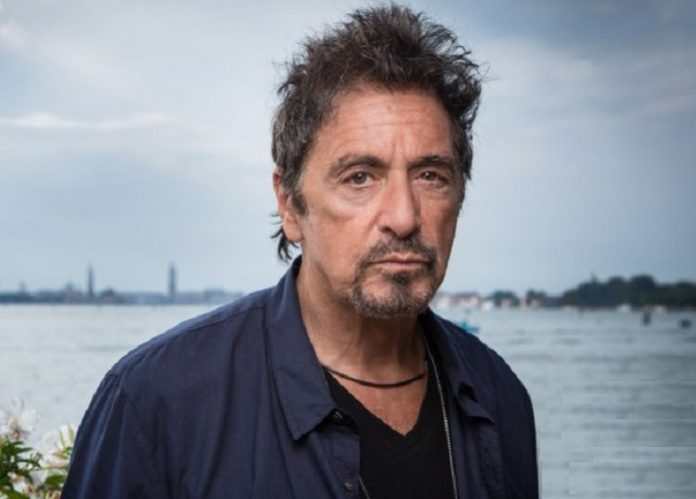 Al Pacino is generally regarded as one of the greatest actors of all time. During what many consider to be the golden era of Cinema, the 1970’s, Al Pacino rose to international fame with a series of stunning performances that built his formidable reputation and allowed him to command huge fees for his participation in any movie.

But the role of Michael Corleone, in Francis Ford Coppola’s iconic gangster classic ‘The Godfather’, was one that Paramount studios were determined wouldn’t go to Al, and it was only due to the persistence of director Coppola that his big break happened at all. But now in 2018, after a career spanning almost 50 years, how much has the iconic actor earned? Read on to find out.

How Did Al Pacino make his money & wealth?

Alfredo James Pacino was born on April 25th, 1940 and lived in East Harlem, New York City with his Italian-American parents, until they divorced when he was two. He grew up in the Bronx with his mother and maternal grandparents and had an early ambition to be a professional basketball player, but education wasn’t a big hit with Al and he dropped out of school at the age of 17.

Al Pacino studied acting at the Herbert Berghof Studio in New York for four years, where he learned method acting, and in 1967 he performed for a season at Boston’s Charles Playhouse, usually earning around $125 a week. The following year he starred in Israel Horovitz’s ‘The Indian Wants the Bronx’, as a tough kid from the streets, and his performance won an Obie award and also connected him with his longtime manager Martin Bregman.

Al Pacino made his Broadway debut in ‘Does a Tiger Wear a Necktie?’ in 1969, and his performance earned rave reviews and won him a Tony Award in April of that year. He made his film début later in 1969 in ‘Me, Natalie’, and in 1971 he played the part of Bobby, a heroin addict, in ‘The Panic in Needle Park’. Pacino’s harrowing and weighty portrayal of Bobby came to the attention of Francis Ford Coppola, who was determined to cast Pacino in the part of Michael Corleone in The Godfather, but the decision was not a popular one with Paramount studios.

Established actors such as Jack Nicholson, Warren Beatty, and Robert Redford all auditioned for the part of Michael, while Paramount was adamant ‘That midget’ Al Pacino should not be cast in the role. Al Pacino is only 5 feet 7 inches tall, but his impressive and formidable character easily overcame his lack of physical stature in Coppola’s mind, and the scenes involving Michael were shot in a hurry, with both Francis and Pacino fearing that he would be fired at any minute. Fortunately, the gamble paid off, and The Godfather ultimately became the biggest box office success of the decade, as well as the most iconic film of a generation, and it launched Al Pacino’s career.

The greatest years of Al Pacino’s career were during that decade, and the succession of iconic roles he played forged his reputation today. ‘The Godfather: Part II’ came in 1974, and this time Paramount had no problem with Pacino’s participation, which earned him $500,000 plus a percentage of the profits, and in 1975 he played Sonny in ‘Dog Day Afternoon’. Both films saw Al Pacino nominated once again for Academy Awards, Academy Film Awards and Golden Globe Awards in 1975 and 1976, making him the first actor to be nominated for an Academy Award four years in succession.

In 1977 Al Pacino appeared in ‘Bobby Deerfield’, which was not a success, but he rebounded with the role of Arthur Kirkland in ‘…and justice for all’ in 1979, which won him another Academy Award nomination in 1980, as well as a Golden Globe nomination, but that success marked a period of decline for Al Pacino’s career as the 1980’s dawned. Consecutive flops such as ‘Cruising’ in 1980 and ‘Author! Author!’ in 1982 prompted rumors that Pacino’s career had been exceptional, but short-lived, yet in 1983 he pulled out all the stops for an incredible performance that even outshone his role in The Godfather.

Al Pacino’s performance as Tony Montana, the violent Cuban drug lord in Brian De Palma’s ‘Scarface’ was a career-defining moment for him. Often cited as the most iconic gangster film of all time, certainly the second most iconic behind The Godfather, it was an almost three-hour long epic. The film’s influence on culture, music, art and the phrase ‘Say Hello to my little friend’ cannot be underestimated. Scarface originally opened with an X rating, more usually associated with pornography at the time, due to the profanity, extreme violence, and drug use. This limited the films distribution and several scenes were eventually edited out to gain an R rating.

Scarface launched the career of Michelle Pfeiffer and revitalized Al Pacino’s reputation as an A-list star. Now in 2018, Al Pacino’s marketability as one of Hollywood’s most iconic faces allows him to earn $10 million per film, and he has amassed a personal fortune of $175 million over his career.

Al Pacino has never married, and even now at the age of 78, he remains one of Hollywood’s most eligible bachelors. Although Pacino has never wed, he had a daughter, Julie Marie in 1989, with acting coach Jan Tarrant, and in 2001 he had twins with actress Beverly D’Angelo, daughter Olivia Rose and son Anton James. Al Pacino split with Beverly D’Angelo in 2003 but over the years he has been romantically linked to a number of actresses, including Tuesday Weld, Marthe Keller, and Kathleen Quinlan.

Al Pacino’s fees for his film roles exceeded the $10 million mark in 2002, with $11 million for both ‘S1m0ne’ and ‘Insomnia’ that year. He played the titular role in the TV Movie ‘Paterno’, which was aired in April 2018, for which he received $2 million, and in 2019 he will be appearing as Jimmy Hoffa in Martin Scorsese’s ‘The Irishman’. The film is eagerly anticipated by movie fans as it involves not just Scorsese and Pacino, but also a trio of iconic gangsters, namely Robert De Niro, Joe Pesci and Harvey Keitel. The film is being funded by Netflix, and so far Scorcese is reported to have spent at least $140 million, with $12 million of that adding to Al Pacino’s ever-increasing wealth.

In 2013 Al Pacino sold his guest house, mainly because he was fed up with people continually coming to stay. The 4,340 square-foot house, with three bedrooms and four bathrooms, was set in 3 acres of land, had a tranquil view of the Hudson River, and eventually sold for $3.3 million. The following year the mansion in Montecito, California which Tony Montana owned in Scarface came onto the market, but at quite a price. The 10-acre estate, with four bedrooms, expansive grounds and botanical gardens with views of the Pacific Ocean was up for grabs at $34 million, and there wasn’t a sign of all those bullet holes from the films famous shoot-out after it was extensively refurbished.

After eight Academy Award nominations, Al Pacino finally picked up an Oscar for Best Actor in ‘Scent of a Woman’ in 1993. He was nominated for an Academy Film Award four times and won one for The Godfather: Part II in 1976. He has been nominated for Golden Globe Awards seventeen times, from 1973 to 2016, and he has won four in total, most recently for his role in the made-for-TV drama ‘You Don’t Know Jack’ in 2010, which also won him a Primetime Emmy Award. He has been honored with numerous special awards by the film industry during his career, most notably the Cecil B. DeMille Award at the Golden Globes in 2001, a Lifetime Achievement Award from the American Film Institute in 2007, and a National Medal of Arts in 2011.