What Happened to LisaNova? – 2018 Update 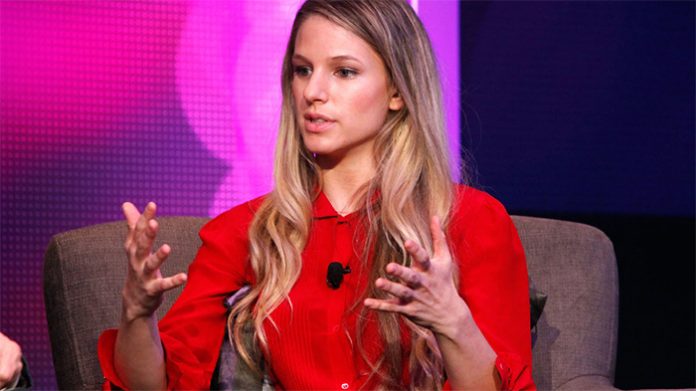 An American actress, Lisa Donovan aka “LisaNova” initially rose to fame on YouTube in the mid-2000’s. Within a few years, she had managed to amass hundreds of thousands of subscribers on the site.

One of the first YouTubers to cross over to mainstream Hollywood, she has appeared in several television titles such as MADtv, Crappy Holidays Presents…, The Station, and The Moms View, to name a few. In 2015, she also acted in the film, The Wedding Finger.

Despite being one of the most popular YouTube stars of her time, however, she eventually stopped posting around 2011. What is she busying herself with nowadays? What are her recent projects? We’ll be taking a look at these two questions below.

What Happened to LisaNova? 2018 Recent Updates

One of the most popular YouTube personalities of the late 2000’s, LisaNova had hundreds of thousands of fans tuning in for her celebrity impressions and comedic skits. The first YouTuber to land a television role, she was cast for a handful of episodes of MADtv in 2007.

Despite this, however, her channel’s popularity eventually began to fall over the next several years, as more and more people jumped on the Youtube bandwagon. By 2011, LisaNova had stopped uploading videos completely. In fact, her entire channel has since vanished into thin air.

While she ceased her YouTube activities, however, she continued to act on television for a few more years. Some of the series that she worked on include The Station, The Moms View, Epic Rap Battles of History, The Legend of Zelda Gets Played, and Melodia de Amor. In 2015, she even made her feature film debut as a flight attendant in The Wedding Ringer, which starred Jeremy Garlic and Jay Lavender. According to IMDb however, LisaNova has not returned to acting since.

In terms of other projects, she had also co-founded Maker Studios in 2009— a video network that produces content for popular YouTube channels. Incredibly successfully, she eventually sold it to The Walt Disney Company for half a billion dollars in 2014, after which she left the company. Ultimately, that was the last time that she made the news, as she’s stayed out of the radar ever since.

What is she up to nowadays? Unfortunately, there hasn’t been any news on her for at least a couple of years. Even when we search her name online, nothing comes up. If anything, she has completely disappeared from the public’s eye. In fact, even her social media accounts (e.g. Twitter, Facebook, etc.) no longer exist.

Taking all that into consideration, chances are, we won’t be getting any news on LisaNova anytime soon. One thing’s for sure though, she’s most likely enjoying herself a lavish lifestyle (considering the huge amount of money that she received from selling her company).

More About Lisa Donovan aka “LisaNova”

Born on June 11, 1980, in New York City, New York, Lisa Donovan aka “LisaNova” grew up in Scarsdale, where she went to the University of Colorado at Boulder. After graduating, she moved to Los Angeles, where she started to pursue a career on YouTube. Her first video, Introducing Lisa Nova was uploaded on June 7, 2006. A reel of facial clips, it was accompanied by the song Non, je n’ai bien public by Charles Aznavour.

Known for her celebrity impressions, her subscriber count grew with every video that she posted. At one point, her parody of Sarah Palin was even praised as being “ruthlessly hilarious” by Wired Magazine. By 2007, just a year after she joined YouTube, she had become the 7th most subscribed-to personality on the site, with hundreds of thousands of subscribers.

As her popularity climbed further, she even had the opportunity to interview pop singer Katy Perry. Posted to Perry’s official YouTube channel, the half-hour video has since been viewed over 6 million times. In 2009, she also created a sketch comedy channel called The Station with Danny Diamond, which enjoyed incredible amounts of success in the early 2010’s. That same year, she co-founded Maker Studios, a video network company that she would go on to sell to The Walt Disney Company for half a billion dollars.

Aside from the success of her videos, she also made herself known for being the first YouTuber to cross over to Hollywood. In 2007, it was announced that she was cast in the comedy program, MADtv. Over the next several years, she appeared in many television series such as Crappy Holidays Presents…, Electric Spoofaloo, The Station, and The Moms View, to name a few. At one point, she even lent her voice to one of the characters in South Park.

Despite her success, however, her activities began to slow down in the early 2010’s. With that said, she continued to appear in a few shows such as Media de Amor and Blackcatloner. In 2015, she also played the part of a flight attendant in the film The Wedding Ringer. Since then, however, she has stayed out of the public eye.