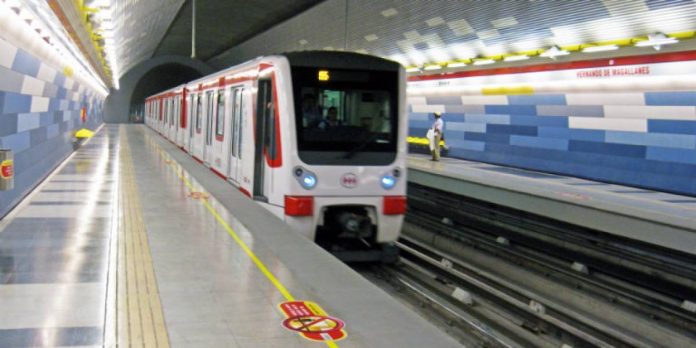 A report from Santiago Metro has found an increase in suicides since 2017. The report, which analyzed the suicide cases between 2017 and March 2019, was provided by Carabineros, the country’s police, and published by La Tercera news agency.

The report reveals that there were 54 cases during the period. In 20 of those cases, people lost their lives. In 2017, there were 18 victims while in 2019, there were 25. 11 cases have been reported in the first three months of the year.

The report also looked at each station and revealed which ones have seen the most cases. The stations with the most cases are Las Rejas (Line 1) and El Llano (Line 2). The stations each saw three cases during the period. There was also a case in Line 6, which has plastic doors in front of its tracks to stop people from jumping.

The cases have led to suspensions of the service in different stations. Experts are now making suggestions on how to prevent more cases from happening. Gonzalo Soto Brandt, an expert working for University of Chile, said the suicide rates in the country have decreased so people shouldn’t be alarmed.

He spoke to La Tercera and suggested that the stations should have a telephone to assist people and give them a way to contact experts and let them know about their crisis. The report also found that the majority of the victims are males aged between 18 to 30.

The expert also suggested that Metro Santiago staff should also get some help since these cases often give them high levels of stress. He explained that they are the very first to assist in the cases and are sometimes key in getting there quickly and providing help.

In many countries, suicides are a big issue with this method of transportation. In Germany, estimates say that around 800 people jump into train tracks every year. South Korea and Japan are some of the many that have also seen many suicides involving trains.

The report looked at the first three months of the year but another case has already been reported for the month of April. On April 1, Metro Santiago suspended its service in Line 4, announcing that someone was on the tracks.

The service was suspended in some stations of Line 4, which was back to normal after two hours. During the suspension, Red, the city’s buses, announced that they would offer more transportation during the delay.

The delay was confirmed through the Metro Santiago official Twitter account. The first tweet announcing the delay came at 5:22 PM. The account also gave passengers different routes to get to their destinations in time.