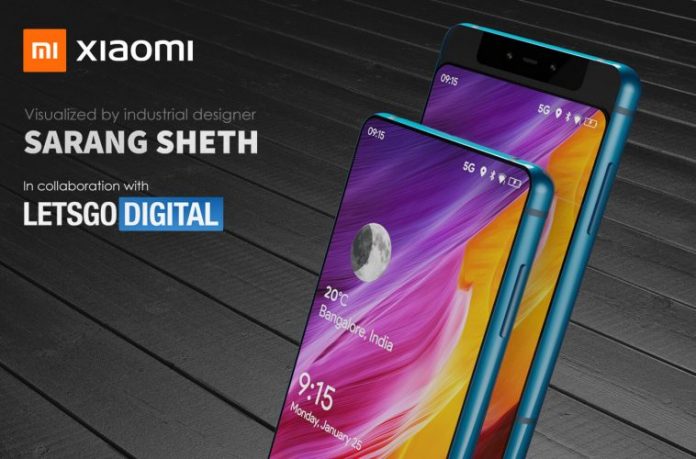 In recent years, tech sites have reported on all kinds of interesting patents from Chinese smartphone giant Xiaomi. The latest patent from the company delivers more interesting information on a phone that we might see in the future.

The patent points to a phone with a flexible display, which is connected to a slide mechanism that covers the selfie camera. LetsGoDigital reports that Beijing Xiaomi Mobile Software has filed for a patent for an “Electronic device”, which was published by the WIPO (World Intellectual Property Office) and the USPTO (United States Patent and Trademark Office) on October 29, 2020.

The phone’s design appears to show a device with pretty much all screen on the front. Things change when the slide mechanism is used. The phone is extended and the front camera becomes visible.

The system sounds a little confusing without seeing a picture but LetsGoDigital has given a nice explanation as to how it all works:

To make all this possible, the screen has been placed in a bracket, which moves over a slide rail. This rail system is fitted in the bottom half of the housing and allows the flexible display to move. This rail system also ensures that the phone is extended from the bottom in the extended position.

The tech site has also posted a few renders in collaboration with Sarang Sheth. The renders show how the phone could look like as a finished product. They also show the mechanism it could feature to make the extended display work.

This is an interesting patent from the company, which appears to have all kinds of crazy concepts in mind. Back in 2019, the company revealed one of its craziest designs with the Mix Mix Alpha.

The phone with a wraparound display was much different than the rest of the Mi Mix series. It was said that it would come in late 2019 but the date came and reports later said that the phone had been delayed. Xiaomi later explained that it was a concept and that it would not be released.

Since then, there have been many other interesting concepts. Some of these concepts have been linked to the Mi Mix series, which has the Mix 3 as its most recent smartphone. This patent can be linked to the Mi Mix as well since the latest release features a slider mechanic. This system appears to work a bit different but the idea remains pretty similar.

We’ll keep you updated when there is more on these interesting Xiaomi concepts.