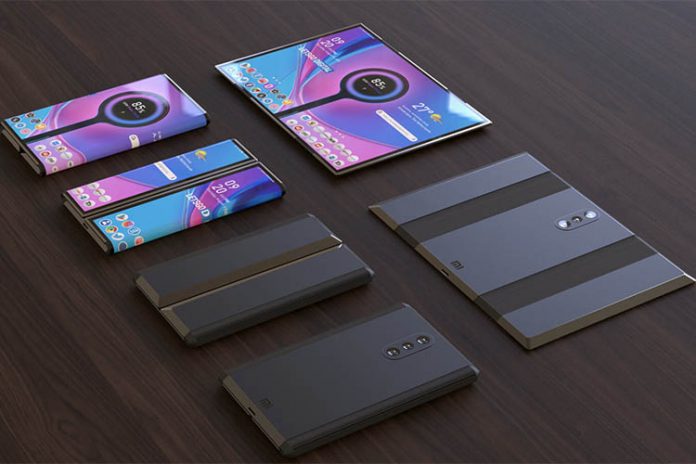 A foldable design from Xiaomi has appeared on CNIPA, a Chinese patent certification website. The design isn’t for a regular smartphone but for what appears to be a foldable phone.

Android Headlines and a few other tech sites believe the phone in the patent could be the rumored Mi Mix Fold. Some also see some similarities with the Mate X, Huawei’s first foldable device.

Images of the design show a large display that can fold into smartphone size. One of the images shows an interesting part of the design. In the image, we can see the device is not all display when unfolded. In one of the sides, there is a section for the cameras. That whole section includes the cameras and nothing else.

Late last year, the company introduced a new phone in the Mi Mix series, the Mi Mix Alpha. The device is completely different from the rest of the releases in the series and while it is not foldable, rumors have said the design is a start for the company.

The Mi Mix Alpha is an impressive phone but the company has made it clear that it plans to enter the foldable phone race. In 2018 and 2019, the company posted a few short videos of a foldable device. Xiaomi has never given any details on the phone seen in the teaser but that appears to be one of the few prototypes that the company has been working on.

Many Reports On Patents

This is also not the first report on a patent from the company. Over the last few months, there have been reports on other Xiaomi patents with foldable designs. The designs have been very different from one another, giving the idea that the company is working on a few devices.

The Competition Is Strong

Competitors such as Huawei and Samsung have already released their own foldable devices. Those two are expected to announce a few other foldable devices this year. Xiaomi has yet to confirm a foldable device but it seems like it is just a matter of time. Who knows, maybe the company will come out of nowhere with not one but two foldable phones at once.

MWC 2020 is almost here but there is no clear indication that the company will unveil a foldable device. The company does have other phones in its plans, including the Mi 10 Pro, which is rumored to be one of the most powerful phones of early 2020.

Are you interested in foldable phones? In your opinion, what is the best foldable release so far? Let us know in the comments.