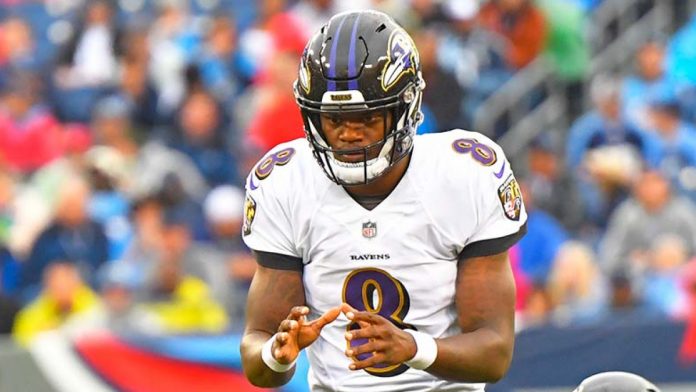 PFF has its QB rankings, which features all 32 starters. The sports stats page says the rankings are based on grading every player on every play and tapping into multiple years of data to project future performance. Here are the PFF rankings for all starters and what we saw from them last year:

Patrick Mahomes is the number one ranked QB on PFF. The Chiefs QB has been amazing since getting the starting position a few years back. His last two seasons have seen him win a SB and reach another one. The team has made improvements on the offensive line and they are expected to be in the mix for the Super Bowl.

Tom Brady is the number two rated QB on the PFF list. The former Patriots QB is coming off a Super Bowl season in which he defeated the previous champs, the Chiefs. Tom Brady continues to set records and his team has brought almost everybody back for another run. The Buccaneers are expected to be in the mix for the Super Bowl again, just like the Chiefs.

Aaron Rodgers had another fantastic season and he has all the weapons to have another one this upcoming campaign. But the situation with the team and Rodgers doesn’t appear to be great. Over the last few weeks, there have been reports that he wants out.

Russell Wilson started the season as one of the MVP candidates but the team didn’t go very far in the playoffs. Wilson still managed to have a really good season, putting up 40 touchdowns to just 13 interceptions.

Deshaun Watson has been one of the best offensive pieces for the Texans. 2020 saw him go for 33 touchdowns and just seven interceptions. But no one knows if he will be the starter in week one due to the legal situation going on.

Josh Allen and the Bills had an amazing season and they are expected to be in the race for the AFC East division title. Allen had 37 touchdowns and 10 interceptions last year. Some sports sites predict he will have even better stats this year.

Dak Prescott suffered a season ending injury but he appears to be ready for an early return. The Cowboys QB has a ton of weapons, including on the WR position. The team continues to be surrounded by questions on the defense but the offense is expected to be good. Will it be enough to win the NFC East?

Lamar Jackson was the NFL MVP not too long ago and his team is among the favorites to win it all. The Ravens have fallen short in the last two seasons but they have some more weapons to help Jackson.

Matt Ryan continues to put up big stats but the Falcons have not had the same success since that Super Bowl season years back. Ryan will have to look to other weapons now since the team has just traded Julio Jones to the Titans.

Baker Mayfield and the Browns had an impressive season and the team has gotten even stronger since. Odell and Landry are the big weapons that Mayfield has on offense. But the Browns have added a few more pieces on the defense, including Clowney.

Matthew Stafford is now a member of the Rams after a big swap deal involving Goff. He threw for 26 and 10 last season but he is expected to do great things with a team that has more weapons on offense.

Ryan Tannehill has all the weapons to take his team far into the playoffs. The Titans were already a threat with Henry but they have now traded for Julio Jones.

Derek Carr had a really solid season last year, throwing for 27 and 9. He has thrown for 4,000 yards in his last three seasons so it is no surprise to see him in the top 15.

Cousins threw the most touchdowns in his career last season, 35 to be exact. It also happened to be the second highest passing yards of his career. The Vikings have some great weapons on offense so he is expected to have a good year on the stats sheet once again.

Justin Herbert had a great rookie campaign, throwing for 31 touchdowns and only ten interceptions. A really good start to his NFL career and many think he will continue that in 2021.

Ben Roethlisberger and the Steelers were off to a hot start but later collapsed in a shocking way. The offense continues to have solid weapons such as Claypool and JuJu. Ben Roethlisberger had 33 and 10 last year.

Kyler Murray had a solid season last year and he now has another WR to help him. A.J. Green has joined the team after many seasons with the Bengals. Hopkins and Green is a solid duo if healthy. It is unclear if Larry Fitzgerald will return for another season.

Joe Burrow was off to a decent start last year before he suffered that injury. The Bengals have drafted Chase to give him more weapons, a solid move since A.J. Green is no longer with the team.

Fitzpatrick has joined the WFT and fans hope he plays like he did with the Dolphins early last year. The WFT have a solid defense so the big question is how things will go with the QB position. Smith and Haskins are no longer with the team.

Daniel Jones did not have a great season last year but his best time could be the upcoming season because of the talent he has on offense. Barkley will be back at some point and the WR position looks a lot better after the signing of Kenny Golladay. 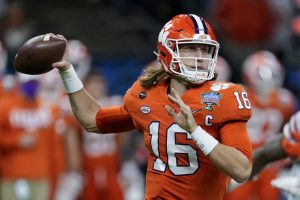 Trevor Lawrence is the number one pick of the Jaguars. He will come in and likely be the starter right away. He is high on the list but he is a talent that many see as NFL ready.

Jimmy Garoppolo has been the starter for the 49ers in the last few years. But the 49ers appear to have a backup plan after drafting Trey Lance. Some believe it will be Lance that will start in Week 1.

Wentz was traded to the Colts but he sits far back in the list due to all the questions that surrounded him last year. His last season with the Eagles was not good and it eventually led to him getting replaced for Hurts. Wentz arrives to a good Colts team but the question that many have is if he will be the Wentz of early Eagles days or the quarterback that struggled last year.

Drew Brees has announced his retirement so the position is now left to Winston and Hill, if they continue to insert him in the offense like they did with Brees. The duo is rated 24 on PFF, which isn’t great. But the Saints have a really good team so they are expected to be a tough team.

Justin Fields is the new Bears QB after the team moved up. The Bears have had a great defense for some time now but the QB position has not been great. Trubisky is now gone from the team so Fields is likely the starter.

Jared Goff has a new team but the Lions are far from being a playoff team. The Lions have lost some power on the offense and they are in a division with the Packers, Vikings, and Bears. Goff comes over from the Rams, where he had some success, even reaching a Super Bowl a few years back.

Cam Newton is back for another year but he is expected to do a lot more this time around. The Patriots have completely changed up their team, becoming candidates for the division title in the process. Newton and the Pats didn’t make the playoffs last year but things will be interesting in the division, the Dolphins, Bills, and Jets have all made improvements.

Sam Darnold has been traded to the Panthers, a team that has seen a few starters in the last two seasons. Darnold didn’t have any success with the Jets but he is getting another opportunity with a team that has some weapons.

Zach Wilson is the new QB of the Jets and he is in the starting position since the team traded Darnold before the draft. The Jets have struggled for many years so it won’t be easy for Wilson to turn things around.

Jalen Hurts only played a few games of the regular season since Wentz was the starter for most of the campaign. The second round pick by the Eagles in 2020 did not have a winning record but showed flashes of what he could do with his legs and throwing. The Eagles drafted wide receiver Smith with their first round pick so Hurts is expected to show improvements.

Drew Lock is ranked 32 on the PFF list and his starting position is now a question mark after the team traded for Teddy Bridgewater. Lock has started for the Broncos in the last few seasons but the team has failed to make an impact. The division is loaded with talent so it will be a tough task for whoever starts this upcoming season.

What do you think about the rankings? Let us know in the comments.