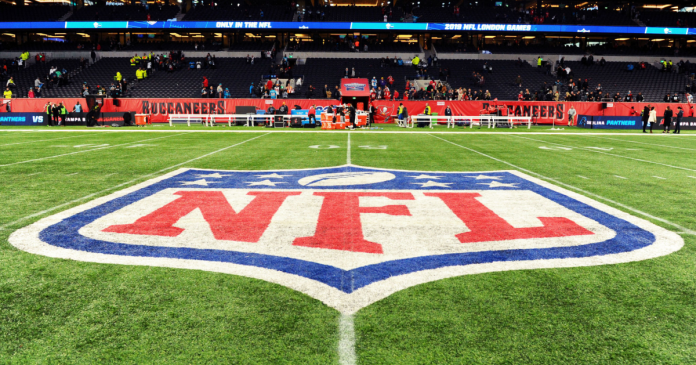 The world of sports never stops but there are some really interesting matchups coming up. The English Premier League, which recently kicked off, is about to enter Matchday 3 with some really good matches. But there’s plenty more, including some from La Liga and other sports. Here are the must watch matchups for August, September and October:

Liverpool vs. Chelsea – Both teams are title contenders and this matchup is probably the best of Matchday 3. Liverpool won the league two years ago and are about to be fully healthy after a season in which they lost most of their defenders and other key players. Chelsea had a slow start last season but they went on to recover and win the Champions League. The club has made big additions and is expected to be in the race for the title. 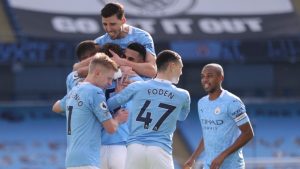 Manchester City vs. Arsenal – Manchester City have plenty of talent to take the league once again. But they can’t afford to lose another game to start the season. Matchday 1 was a loss to Tottenham and that came after losing the Community Shield to Leicester City. The league has plenty of games to go but clubs have improved and things might be even tougher this time. Arsenal need this game as well, the club is off to a disappointing start, losing both games. Worst part is they have not scored a single goal in the two losses.

Chelsea vs. Tottenham – Probably the best matchup of Matchday 5. Both teams are off to a solid start and this one is expected to be an interesting one. Chelsea have a talented roster and will for sure be a good watch throughout the season. But Tottenham will have Kane for at least half a season after rumors and rumors of him going to City. The star striker makes Tottenham a very dangerous team on the attack.

Chelsea vs. Manchester City – A rematch of this year’s Champions League final. Both teams have made great additions to their rosters and this will for sure be the must watch matchup of Matchday 6.

Liverpool vs. Manchester City – Liverpool and Manchester City have had some great battles over the years. These two teams have plenty of talent and it is always difficult to predict who will come out as the winner.

Sevilla vs. Barcelona – Sevilla have proven to be a very strong opponent in La Liga and European competitions. In Matchday 4, they will be going up against one of the strongest teams in the league, Barcelona. The club no longer has Messi but there is still plenty of talent there, including new additions like Depay.

Atletico Madrid vs. Barcelona – Atletico Madrid are the current La Liga Champions and one of their big matchups will be against Barcelona. Both teams are expected to be in the top four when it is all done.

Real Madrid vs. Barcelona – The big match of La Liga will be a different one this time. In the last few seasons, it was different since Ronaldo was no longer there to battle Messi. Now, Messi has moved on and joined PSG. Both teams have made big changes recently so it will be interesting to see who takes this one.

The NFL regular season is starting next month. The football league will kick off with some great matchups. Here’s what’s coming from the NFL:

Cowboys vs. Buccaneers – The Cowboys will be going up against the Super Bowl Champions in Week 1. Tampa Bay has brought back most of its starters from last season so the team is ready to make another run at the Super Bowl. Dallas made key additions in the draft and the team is loaded on offense so this matchup is an interesting one.

Browns vs. Chiefs – The Browns have so much talent and their free agency was quite good. On top of that, they are coming off a season in which they made the playoffs. The Chiefs have been one of the strongest teams in the league since Mahomes took over and they are once again the favorites to make it back to the big game.

Packers vs. Saints – The Packers and Saints are known for their offense. But this matchup will be a little different this time around. Rodgers is at QB but the Saints no longer have Brees, who retired after a legendary NFL career. The new starter appears to be Winston, who has looked pretty good in the preseason.

Chiefs vs. Ravens – The Chiefs and Ravens are two of the favorites in the AFC so this is easily the matchup of the week. Both teams have lots of talent and this will for sure be a test for the Ravens, who have fallen short in the playoffs in the last two years.

Buccaneers vs. Rams – The Buccaneers are coming off a Super Bowl win but their start to the season will be an interesting one to watch. Week 1 will see them go against the Cowboys while Week 3 will see them face the Rams. Los Angeles has made big additions through trades and free agency so they are expected to be really good.

Eagles vs. Cowboys – The rivalry between these two teams never disappoints. The Cowboys took both games last year but this Eagles team looks quite different now. Hurts will likely be in as the starter while the WR side will no longer have Jeffery and Jackson. This time, the Eagles will feature young talent such as Smith and Reagor, the two first round picks of the team in the last two drafts.

Buccaneers vs. Patriots – The big story of this game is Tom Brady playing against his old team, the New England Patriots. Brady left in free agency a year ago and went on to win a Super Bowl in Tampa. The Patriots did not have a good season last year but they had a strong free agency and draft.

Reims vs. PSG – A lot of football fans will be tuning in for this one since it is believed that Messi will make his debut with PSG there. As we all know by now, Messi was let go by Barcelona after it was initially reported that he was planning to stay. PSG signed Messi shortly after, becoming an even stronger team. Their attack might feature Neymar, Mbappe and Messi in this game.

Boxing will have a match in October between two guys that have given fans great fights in the past. Deontay Wilder vs. Tyson Fury III will take place over a year after their second fight.