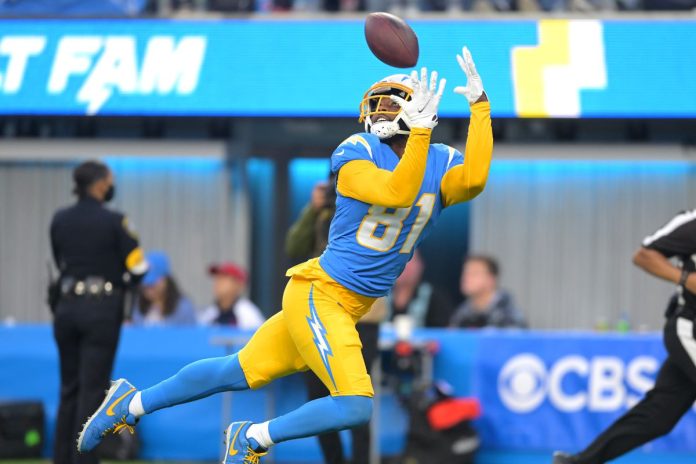 Tuesday was an interesting day for numerous NFL teams. A star QB was traded in what is now one of the biggest moves ever while a number of players are staying with franchise tags or new deals. Here’s what happened around the league:

Reports say Aaron Rodgers is returning to his team with a huge deal that would make him one of the highest paid players in the league. Rodgers has been with the team for all of his NFL career but it was unclear if he was staying due to the team’s situation. The Packers have a lot of players that will be free agents but the team appears to have kept at least two stars.

The extension mentioned in the reports is for four years. Rumors had previously mentioned that teams such as the Broncos were interested in trading for the QB.

Two of the top free agents at the WR position will be staying with their teams. Adams and Godwin were both franchise tagged on Tuesday. Reports had mentioned that the teams would likely use their franchise tags on them.

Adams and Godwin are both playing for teams that have numerous questions on offense and defense. Both teams have several free agents so the franchise tag is not exactly a surprise.

The Seattle Seahawks have agreed to trade Russell Wilson to the Broncos. The move was one of the most shocking of Tuesday since many thought it wouldn’t happen this early. 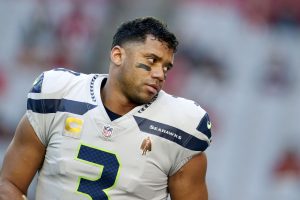 Here’s the trade (from ESPN):

The trade gives the Broncos the star QB they had been looking for. On the other side, Seattle gets a number of picks and two players. The team appears to be headed for a rebuild as they have just traded their QB and announced they will be releasing a key member of the defense.

Just hours after the trade was announced, the team said it was releasing Bobby Wagner. The star linebacker has made eight Pro Bowls in his career.

The Dallas Cowboys announced the contract restructure of Dak Prescott and Zack Martin. The move creates $22 million in cap room.

Here’s what ESPN says on the moves:

The Prescott move was already planned when the quarterback signed his big deal last year. The Cowboys added two voidable years to Martin’s contract to allow them the chance to get more space this year. Prescott had a salary-cap figure of $34.45 million, and Martin’s cap number was $20.191 million.

The Cowboys are rumored to be releasing star WR Amari Cooper. The team traded for him years back but the tough cap situation is said to be one of the reasons that the Cowboys are looking to release him. The Cowboys have a number of free agents coming up and the release and restructures could help the team bring some players back. The team also placed the franchise tag on tight end Dalton Schultz.

The Chargers are keeping WR Mike Williams with a three year $60 million deal. Williams is coming off a great season and the deal helps the team keep both of their star WRs.

The contract is worth $60 million over three years and includes $40 million guaranteed and $28 million in Year 1, a source told ESPN’s Adam Schefter.

Williams made a base salary of $15.68 million last season after the Chargers picked up his fifth-year option.

The Titans have announced a deal for LB Harold Landry. The deal was agreed by both sides on Tuesday night, according to reports. Here’s what ESPN says on the move:

The deal came hours after the deadline to place the franchise tag on potential free agents.