What Happened to Chingy? 2022 New Updates of What He’s Doing Now 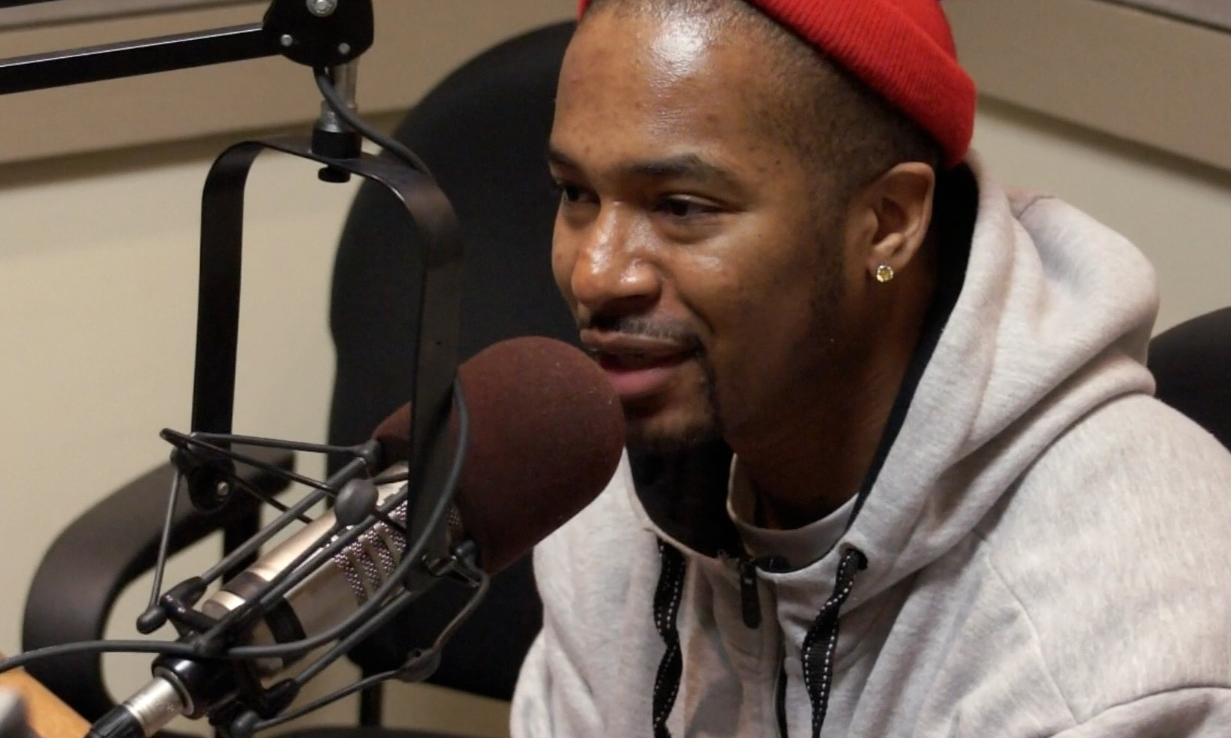 What happened to Chingy

Chingy was one of the biggest names in rap ten years ago. His hit singles like “Right Thurr” and “One Call Away” dominated the airwaves. However, due to rumors and issues with the management, he vanished from the world of rap. He reappeared as a totally changed man with a new purpose for using rap to spread a message to the masses.

So, what exactly happened to Chingy and where is he now?

Dreaming of rap – The Early Life Of Rapper Chingy

The middle child between pairs of older brothers and younger sisters, Howard Bailey Jr. was born on March 9, 1980 in the Walnut Park section of St. Louis, Missouri, a place he called the “Bad Blocks” due to the prevalence of armed gangs and drugs. He was raised in the house of his maternal grandmother with his four siblings and almost a dozen relatives.

His love for music grew along with him. At the age of eight he was writing lyrics, and at the age of ten he began to record his raps. It was also during this year when his parents split, leading to his frequent transfers between residences.

The early 90’s saw Chingy and his childhood friend Justin start their own rap group called Lethal Substance of Dope (L.S.D.). The pair participated in talent shows held locally, and their performances were well-received.

Chingy studied at McCluer North High School where he was known as “Howie”. He worked at a Burger King and practiced rap on the side. At the age of 12 he stole a car which landed him on a juvenile detention center. The experience made him swear not to engage in illegal actions anymore. 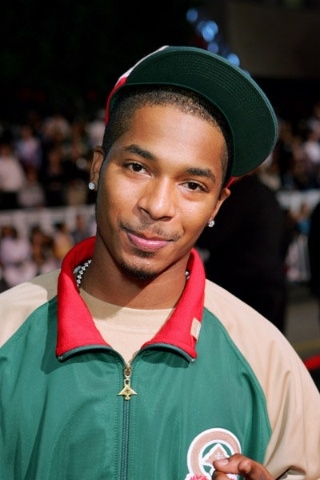 As a teenager, Chingy rapped under the pseudonym “H. Thugzy” and still practiced with Justin. A new member joined their group, and L.S.D. was renamed into Without Warning. They released “What’s Poppin Off” which became famous as a local hit. Later on, he changed his pseudonym to Chingy, which was a slang of looking rich.

The group had their first deal with 49 Productions, a local record label, and their songs were compiled into a CD. The trio found themselves performing in different places ranging from Georgia to Alaska. Successful as they may seem, the trio didn’t actually make enough money to cover their costs, and eventually they disbanded.

Chingy finished high school in 1999, had a son named Mykel, and engaged in several odd jobs to earn money. Despite being busy he always had the time for rapping. With two other rappers he knew, Chingy started another rap trio called 3 Strikes and their success caught the attention of renowned rapper Nelly (who is also part of a St. Louis hip hop group called St. Lunatics). The staggering sales of Nelly’s albums put St. Louis on the spotlight of the hip hop scene, gaining exposure for 3 Strikes. The trio became even more well-known after Nelly asked them to open for his tours. However, personal differences overwhelmed the group’s exposure and fame which led to their split in 2001.

The trio’s dissolution opened up another path for Chingy. T-Luv, the manager of St. Lunatics and a close friend of Chingy, helped the rapper in pursuing a solo act. T-Luv hooked Chingy to a hip hop production group named Trak Starz, composed of Alonzo “Zo” Lee and Shamar Sham” Daugherty. Chingy’s charisma stood out among the other two members during his 3 Strikes days, and this was what made him appealing to the Trak Starz. Eventually the rapper signed a production deal with them.

Chaka Zulu, the CEO of record label Disturbing Tha Peace (DTP) and co-owner of Ebony Son Entertainment (the firm that manages Trak Starz), asked the production group to hear the songs of their artists in 2002. Trak Starz played five songs from Chingy, and he took an immediate liking to “Right Thurr”. On May 10, 2003 the single was released, hit the #2 spot on the Billboard Hot 100, and enjoyed widespread airplay and major-label interest. Chingy then became part of DTP, wherein Ludacris, a famous rapper, is part of.

His first album Jackpot was released on July 15, 2003. With two massively hit singles “Holidae In” which featured Ludacris and renowned rapper Snoop Dogg, and “One Call Away” with J-Weav. With 2.8 million copies sold in America plus a double platinum certification by the Recording Industry Association of America (RIAA), the album’s massive success pushed Chingy into becoming more prevalent in MTV and Black Entertainment Television (BET). 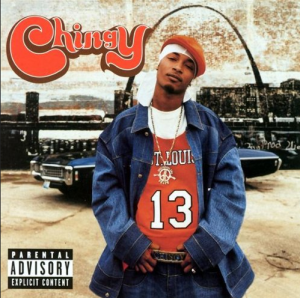 A five-week tour was held by DTP on February 2004 to support the release of Ludacris’ album Chicken-N-Beer. It was during this tour when Chingy started to realize that Chaka Zulu’s management wasn’t exactly acceptable, particularly with the unequal split of earnings between him and Ebony Son. At the tour’s conclusion Chingy sought the services of a lawyer to cut off all ties with DTP and Ebony Son Entertainment. Aside from the financial matters, Chingy felt trapped with no room to grow beyond number two (a step below Ludacris). This didn’t harm his relationship with the Trak Starz and the other DTP artists, but Ludacris saw Chingy’s departure as disrespect towards the group that helped him become famous.  Chingy then started his own label, Slot-A-Lot records.

Under the new record label and Capitol Records, “Balla Baby”, the first single of his upcoming album Powerballin’, was released on November 1, 2004. The single was the only one from the album that had a worldwide release, and it managed to land #34 of the UK Singles Chart, and on the #20 spot of Billboard Hot 100. 16 days later the album was released with 7,000 copies sold on the first week, and a spike of 120,000 copies sold the following week. Featuring notable names in the industry like R. Kelly, Janet Jackson, Lil Wayne, and Ziggy, RIAA certified the album as platinum after a million copies sold in the US. One of the tracks, “I Do” was part of the hit racing video game Need for Speed: Underground 2 soundtrack.

In 2005 Chingy appeared on television shows namely My Wife and Kids, George Lopez, One on One, and Punk’d. He also appeared in a cameo at the 2006 film Scary Movie 4 and on the television show Yo Momma.

The past came to haunt Chingy in 2006 as he was slapped with a lawsuit by a certain Ronald Gavin, the owner of 49 Productions where Chingy had his very first deal as H. Thugzy. Gavin asserted that the rapper didn’t honor the terms of the exclusive contract he signed back then, and that Gavin spent past $100,000 in promoting and cultivating Chingy. The lawsuit also targeted Trak Starz for making Chingy sign a different contract knowing that he is still signed to 49 Productions.

The Downfall of Chingy – What Happened to Him?

Chingy released his third album Hoodstar on September 19, 2006. The single “Pullin Me Back” , which featured the R&B artist Tyrese, was a hit with being his first #1 single (as it peaked on the R&B charts) and sat on #9 on the Billboard Hot 100. However the next single “Dem Jeans” was the first to not reach favorable spots on any charts. The album was only certified Gold by the RIAA for its sale of 500,000 copies.

Chingy left Capitol Records after being unsatisfied on how he was marketed and went back to DTP Records, which was now part of Def Jam Recordings. Here he released his fourth album Hate It or Love It on December 18, 2007. Despite featuring several big names like Amerie, Ludacris, Bobby V, Rick Ross, Steph Jones, and Trey Songz, the album only had 30,000 sales on the first week and did not reach the Top 10 as it stalled on #84, making it his first lowest charting release. It was also his first album to not be released in the United Kingdom.

After the disappointing performance of his fourth album, Chingy decided to again leave DTP. He appeared in some films and television shows, Slot-A-Lot Records was renamed into Full Dekk Music Group, and he stopped contributing to the rap scene. Rumors floated around regarding his alleged sexual relationship with the transgender rapper Foxxjazell, and another rumor circulated which involved a relationship with the transgender model Sidney Starr (one that Chingy blames for damaging his career).

Deeper issues remained buried beneath the rumors that widely circulated. Chingy sank into a state of depression after losing family members and friends, and his career was pushed to the very bottom of his priorities.

Chingy announced in 2013 that he became a practicing Black Hebrew Israelite and that he would be leaving mainstream rap. However, it was revealed that he’d left the religion recently.

Since then, he’s signed a new contract with Bungalo Records, a record label that’s exclusively distributed by Universal Music Group. It’s also his third time recording with the Universal company.

While he hasn’t released anything yet, rumors have it that he’s currently working on a new album titled Hate It Or Love It 2, which will be a ‘sequel’ to his 2007 album. He’ll also be collaborating with DJ Drama, DJ Ill Will, DJ Noise, Bobby V, and Ludacris on a few new projects.

He’s also performed a few shows across the U.S. over the past few months. In February, he performed with Too Hype Crew at The Rust Belt in East Moline, Illinois, and in March, he performed at the Northern Lights Theater in Milwaukee, Wisconsin. He also made an appearance at the Fiesta Oyster Bake alongside Pop Evil, Blue Oyster Cult, and Spin Doctors. That’s not all, he also performed live at halftime during the LA Clippers game on April 9, 2022.

And he’s taken up vlogging on YouTube. He posts videos to his official channel (the same one that has his MVs) almost every day, all of which have a certain theme. For example, he posts “Motivation Monday” videos on Monday and “Wisdom Wednesday” videos on Wednesdays. For those who are interested, you can check out his YouTube channel here.

He’s also active on Instagram, where he has over 181K followers and like his YouTube channel, it’s updated on a regular basis. In fact, many of his videos are cross-posted between the two platforms. And if you click the link on his IG profile, you’ll be able to check out his official shop, where you can buy merchandise like t-shirts and hats. Speaking of merch, he recently announced that he will be launching his own line of cologne called Catch by Chingy, which will be coming out soon.

On top of all that, he’s active on Cameo—a site where you can get personalized videos from celebrities. And the rapper offers three types of videos: personalized videos, video content for business, and personal live video calls. 24-hour delivery is available as well for those who’d like to receive their video a little sooner. You can check out his Cameo page here.