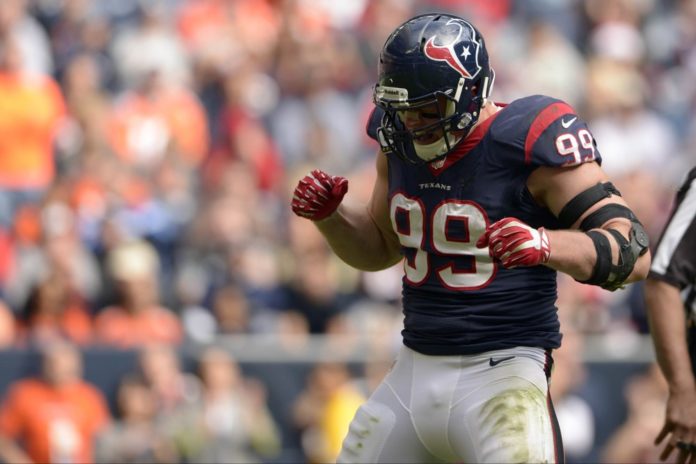 Without a doubt, NFL players are some of the highest-paid athletes in the United States. The Super Bowl is a far bigger event than both the NBA Playoffs and the MLB Playoffs combined. As a result, NFL players are some of the hottest properties that a team owner can invest in. NFL players at different positions receive different pay, but there is a pattern that is clear; quarterbacks are the force that holds a team together, so quarterbacks are typically the highest-paid members of an NFL team. Read on more to learn the average NFL salary, expected rookie salary, and how much NFL teams can bring in thanks to their investment in players.

To start with, let’s talk about some of the highest-paid players. Thanks to the NFL financial reports, which can be sorted by individual teams, we know exactly how much each player makes. As mentioned above, quarterbacks are the highest paid position on each team (typically), so it should come as no surprise that the top 13 earners in the NFL are quarterbacks. Andrew Luck, the highest-paid quarterback with the Indianapolis Colts, earns a salary of $23.3 million per season. This excludes any fringe benefits, such as advertisements for the team, or endorsements by sports-focused companies.

Despite the high pay, do keep in mind the tax rates – players will be earning about 50% of this income or even less after paying their taxes. The effective salary for each of these quarterbacks puts them earning between $9 and $12 million per year, after taxes.

Further down the list of highest-paid players include non-quarterback roles, such as Ndamukong Suh earning $20 million, and Von Miller earning slightly more than Suh, with around $18 million. Miller is an outside linebacker for the Denver Broncos, while Suh is a defensive tackle for the Miami Dolphins. Down around the 20th highest-paid ranks are more and more non-quarterback roles, with each one earning around $16 million for their coveted, elite skillset.

Rookies are first-year players that are new to the NFL and are typically fed into the system through the NCAA program. As of 2022, the rookie minimum base salary is $705,000, which is quite a hefty amount.

There are many opportunities for bonuses as well, including a roster bonus (bonus for staying on the roster for a certain period of time or playing in X amount of games), contract incentives, and a few other formats. Signing bonuses are a thing as well. Take Travon Walker, for example, he was given a signing bonus of $24.3 million.

Each NFL team has a certain amount of allotted money they can spend on rookie recruiting, but bonuses and incentives do not count towards the rookie cap that is in place. Rookies typically start off at the NFL minimum wage, but certain prospect rookies can be paid a higher amount. For example, Matthew Stafford signed his first contract with the Detroit Lions for six years and to the tune of $72 million staying for all six years. This is a highly unlikely event, but when it does happen, interest in the rookie accelerates.

Since NFL teams require a 53-man minimum roster, hundreds of millions of dollars are allocated toward a player budget. While some of the highest-paid members (again, typically quarterbacks) receive multi-year contracts for millions of dollars per year, the median salary of an NFL player is $860,000 per year. This includes outliers such as rookies and quarterbacks who are guaranteed to make more money than other positions on the team.

As with the rookie cause, money from bonuses, incentives, and other means of income do not count towards the money that a player earns directly from their contract wages; the contract only lists the possibilities of earning extra money, but the money is not declared by the contract itself and does not come sourced from signing the contract.

Quarterbacks have an average value of around $4 million per year, due to their critical role in the offensive game. Even second and third-string quarterbacks make a large amount of money compared to other roles. Defensive ends earn around $2.6 million per year, which is quite a humorous contrast – defensive ends are typically the position that is responsible for rushing the quarterback and putting pressure on them to move the ball. Defensive tackles earn around $1.8 million on average; wide receivers, linebackers, defensive linemen, and safeties all earn around the same amount of money, with the average for these 5 roles ranging from $1.75 million up to a little over $1.8 million.

Cornerbacks and kickers/punters earn around $1.6 to $1.65 million on average. Running backs have an average salary of $1.5 million, and tight ends earn even less at $1.4 million per year.