Average WNBA Salary 2023 – How Much Do WNBA Players Make? 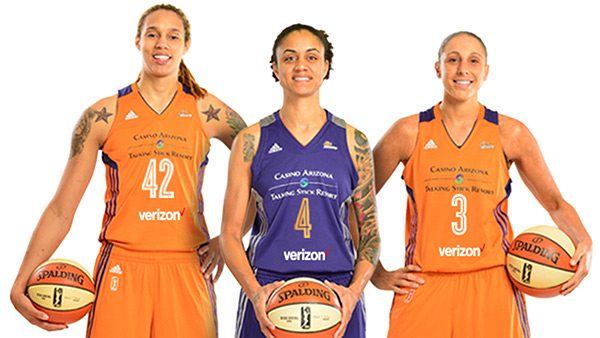 Formed in 1996, the WNBA is the women’s counterpart to the National Basketball Association. Often calling out to the best female basketball players in the world, this league is where some of the best basketball on earth is played. But how much are WNBA players paid? And how can someone become a WNBA player in the first place? Here, we seek to answer those questions.

However, there are several players that make well above that figure. Take Diana Taurasi of the Phoenix Mercury, for instance, she is expected to make $228,000 in 2022, making her one of the highest-paid WNBA players of the year. Other examples include Jewell Loyd, Elena Delle Donne, Breanna Stewart, DeWanna Bonner, and Brittney Griner; their projected earnings are all over $220,000.

Their base salaries will increase by two percent after their first season and if drafted, they’ll receive a 10% bump in pay between year two and year three. They’ll also receive another boost if they’re offered a team option in year four.

Keep in mind, however, that their contracts aren’t protected by the league’s CBA. In other words, they’re only paid for the part of the season when they’re on the roster.

How to Become a WNBA Player – Do You Need to go to School?

To become a WNBA Player is simple enough in terms of pathways, but certainly difficult in terms of the amount of effort one has to put in to become such an athlete.

To begin with, most women who want to join the WNBA have to start playing basketball early to get a good handle on the game and often play throughout school. Also, one must have completed high school or university prior to being signed on by the WNBA, with an age requirement of 22 years old typically being enforced. This allows athletes to pursue academic achievement, and get further athletic conditioning from typically NCAA league Divisions I-III.

Many players are scouted during this period of their careers, and are later invited to professional development camps and later drafts to be selected. The other path is typically reserved for international players. This does not have an education requirement, so long as the player is of age and has completed two seasons of an international league and wishes to transfer into the WNBA. Lastly, there is another non-traditional route for those who don’t wish to attend college. For those individuals who can provide exceptional game footage of the performance and a resume to the WNBA.

This may also require that one joins a community or state-level league so as to keep her skills up, as a good show will land a special invite to draft camp. This camp is used as a development camp as well as an evaluation camp for potential draft picks. To be the best of the best, one thing to be kept in mind is that not only is athletic performance required, but also the ability to handle stress and perform under pressure. If you can manage such things, then you are well on your way to becoming the next WNBA star.