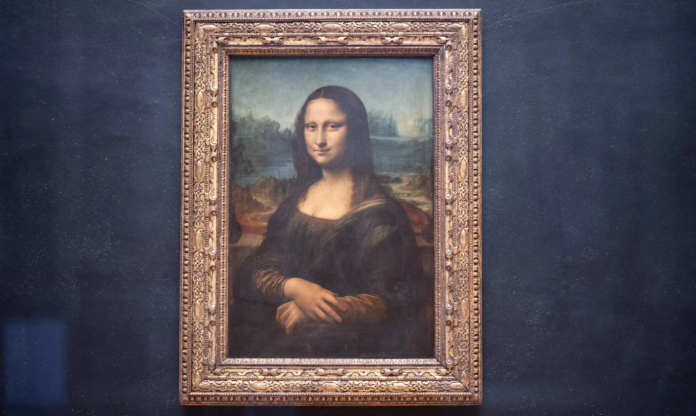 A man disguised as an old woman threw a piece of cake at the Mona Lisa at the Louvre Museum on Sunday, in what appeared to be a climate change protest. According to bystanders, they had jumped out of a wheelchair (the museum has a policy that allows those with mobility issues to see the works up close) before trying to smash the glass case in front of the painting. They also threw roses before being tackled by security.

Several videos have since surfaced on social media and they all show a man wearing a wig and lipstick. The man, whose identity is unknown, successfully left a layer of white residue on the protective glass but fortunately, the painting wasn’t damaged.

Following the incident, security guards were seen escorting the wig-wearing culprit away from the painting and as they did, he called out to visitors in the gallery: ‘think of the earth’.

Guards were then seen wiping the smeared cake from the protective glass casing. The Louvre also posted an official statement, confirming the attack. 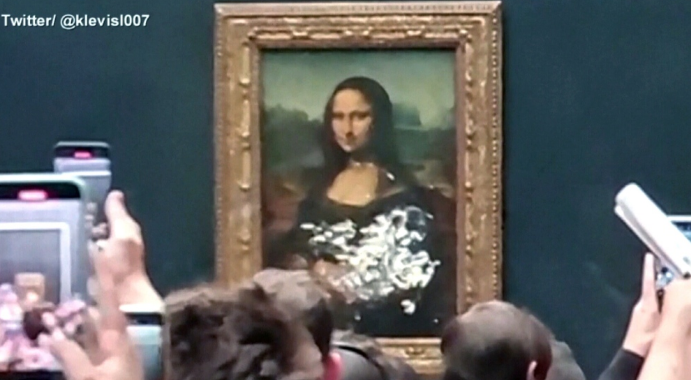 According to officials, the culprit, a 36-year-old man, has since been detained and has been sent to a psychiatric unit.

The sixteenth-century masterpiece has been targeted several times before. In 1911, the painting was stolen by a museum employee, who had helped construct the glass case. Allegedly, he had walked out with the painting under his coat after hiding in a broom closet during regular hours. It was later returned to the museum in 1914 after he was caught trying to sell it to the Uffizi gallery.

In 1956, the Mona Lisa was also damaged after a man threw a rock at the painting. Not only did it shatter the glass case, but it also dislodged a speck of pigment. Since then, the museum has installed bulletproof glass over the painting.