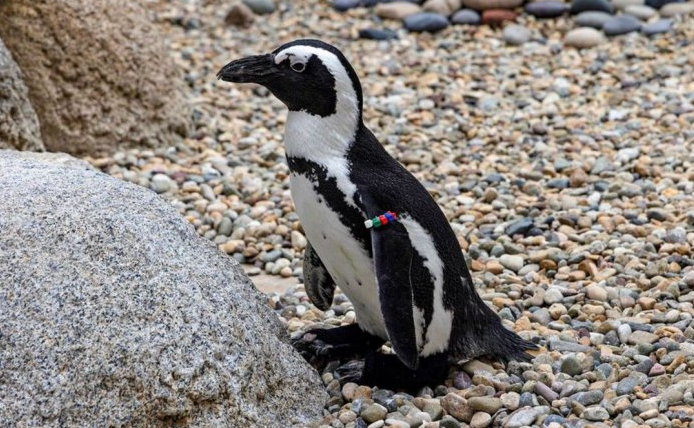 Lucas, an African penguin that lives at the San Diego Zoo, was recently diagnosed with bumblefoot, a chronic condition that makes walking painful. Left untreated, it can potentially lead to sepsis, which can be fatal.

According to zoo officials, he had developed a spinal infection over three years ago that weakened his leg muscles. Not only that, but it also prevented him from standing upright properly on his toes; this forced him to stand on his ankles, which caused sores to develop on his legs and foot.

Seeing as how the initial spinal infection had occurred several years ago, caretakers did not expect him to fully regain muscle and nerve function. For a long time, he was treated with physical therapy, acupuncture, and was given pain medication, however, they did not seem to improve his symptoms.

The zoo’s team eventually reached out to Thera-Paw, a company that specializes in braces, protective garments, and supports for animals, earlier this year. After a discussion, they agreed to create custom padded boots for Lucas, which will protect the wounds on his feed and lower the risk of him developing new ones.

The boots, which are cushioned and velcroed in space, are designed so that he will be able to showcase behaviors that are typical for a penguin—this includes swimming, nesting, and climbing rocks. That way, he’ll be able to fully participate in the colony.

Since they put the custom-padded boots on Lucas, he’s demonstrated a much more normal gait when walking on flat surfaces. He’s no longer favoring his left side and there’s no limping, according to Debbie Denton, Lucas’ longtime Wildlife Care Specialist who has known him ever since he was an egg. If anything, “[he] seems to love his new accessory.”