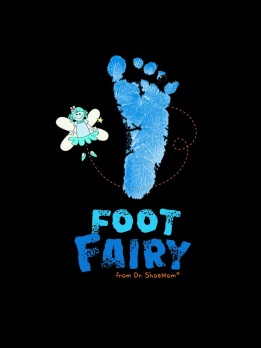 Dr. Sylvie Shapiro and Nicole Brooks are asking for $75,000 in exchange for a 15 stake in their company, Foot Fairy. Both Nicole and Sylvie are moms, and when Nicole dreads taking her children to the shoe store, just like many parents; the children often misbehave and are uncooperative, despite proper shoes being such a proper part to being able to grow up properly. However, with Foot Fairy, moms and dads won’t ever have to go through such a situation. Foot Fairy is an iPad application that accurately allows for parents to track their child’s foot size in the comfort and convenience of their own home.

As a Podiatrist (foot doctor), Sylvie often has parents say that they just guess their child’s shoe size, and she sees so many foot problems associated with children wearing the wrong size shoe. To demonstrate, Sylvie has brought her daughter, Sienna. To use the application, take the ipad, take your child’s foot and place it against the iPad surface, wait for the chime, and the application will have determined your child’s shoe size. The parent then has an option to go to a pre-populated web page by Zappo’s, which is an online shoe store. The web page will automatically display shoe sizes in your child’s size.

The Foot Fairy On Shark Tank

Barb immediately dives into detail about why the two moms have come to Shark Tank; is the application complete, or what is it specifically that the two intend to do with the $75,000 investment? What is missing? With the investment, Nicole says, they can build up the back-end infrastructure; they could store the customer emails namely, which would help to retain customers. Nicole then launches into details about the sales model; the Foot Fairy application is free, and they receive between 8 to 18% commission based on the price and brand of shoes purchased due to their partnership with Zappo’s. 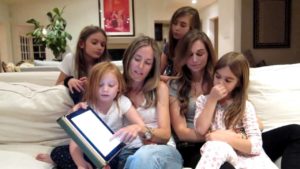 The application has been downloaded exactly 13,144 times during the airing of this episode, Nicole explains further, but the application was only officially launched three works prior to the filming of this Shark Tank episode. Robert asks if they have actually received a royalty check from Zappo’s yet, to which they both drop the bomb that they have not received any money yet. However, they have an 18% click-through rate, but they cannot track the rate because there was a glitch within their system that was linking to the Zappo’s application and not the appropriate webpage, which cost them valuable clicks and money – this is why they haven’t received a royalty check yet.

Despite this error, the 18% click-through rate is still fairly high, Lori says, but she asks if Zappo’s is doing any advertisement for the Foot Fairy application. Nicole replies that they are confident they don’t need the advertisement from Zappo’s due to the necessity of the app; they have only spent about $2,500 dollars and so far have received 13,000 downloads with their one investment, all in under in three weeks. Besides the click-through, Sylvie says they are also searching for sponsorships and advertisements. However, they have not suggested the idea to Zappo’s. Sylvie says she is committed to showing the Sharks that they are dedicated moms towards an awesome cause.

Kevin, however, is still grounded in reality – he has been quiet this whole time, and he finally reveals that they haven’t showed him anything proprietary, patentable, or a software or technology that few people would have the skill to emulate. Sylvie makes the mistake of saying, “we’re proprietary, the moms,” and Kevin fires back with, “You’re it?” Kevin is totally unimpressed, and gives the number of 10,000 orders – if Foot Fairy is able to make it to 10,000 orders, they would receive no money. Nicole and Sylvie still feel that they would be able to make it to 500,000 orders, but Kevin tells them flatly that they would be dead before then because shoe companies will just steal the idea and do it for cheaper if Foot Fairy becomes too big.

Kevin, unsurprisingly, exits the deal, but Lori says that she has never seen anyone so exuberant about what they do. However, the two moms aren’t quite at a business level yet and they are at the very start, and Lori is also out of the deal.

Robert says that his initial thoughts were of love and attraction, but he thought more about why Foot Fairy was not advertised on the Zappo’s website. Evidently to Robert, if the technology was so difficult to create that few people thus far had been able to emulate it, then it should be hailed as something great and advertised more than it actually is. Mark butts in and asks who wrote the software, and Sylvie says that they had a technology team that worked with the two of them; Mark probes for details about how they assembled this “technology team,” and Nicole replies that they searched for the team and put it together with years of expertise and experience.

However, Robert points out the reality; by virtue of that type of answer, he says, Robert could appoint a project manager himself and assemble his own “technology team” and find his own people that could duplicate the software. There’s nothing proprietary about Foot Fairy, and Sylvie and Nicole just revealed that they were able to assemble a random team of potential non-experts in order to create Foot Fairy. Robert is next out of the deal. 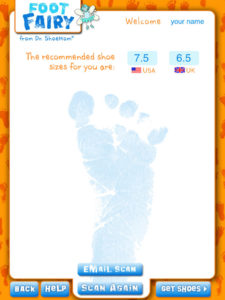 Barb says that Nicole and Sylvie are perfect examples that enthusiasm is not always best; while she loves the idea behind it and finds the idea attractive and that she will use it for her own daughter, as an investor, she just does not see where she can make her money back. Barb is the fourth Shark out of the deal, leaving only Mark Cuban left in.

Mark sheepishly grins while he surveys the two moms, and gathers his thoughts before starting. If a world-renowned pediatrician had just through the door and Doctor Sylvie had to defend the product, assuming that the pediatrician had just created a program that does the same thing, what would Sylvie say? Sylvie says that she is passionate about Foot Fairy, and Mark says that it isn’t always about passion and she is proving his point, and if he actually hears the word “passion” once more, Mark will exit the deal without hesitation. The longer the backstory, the worse the business, Mark says.

Returning to Mark’s example, he demands to know the answer to his hypothetical of a world-renowned pediatrician walking through the door with the same software. Accuracy is what Foot Fairy would do better than the theoretical doctor, Sylvie replies; they have spent over a year refining the software. If Mark were to search for competition to Foot Fairy, what would he find? Nicole says that they might find a couple other applications that have similar function, and Mark wants to know what is different between them. For other applications, the parents would have to do the same function of putting their child’s foot up against the tablet, but they have to slide a measure up – it isn’t as accurate, as Foot Fairy is entirely performed by computer functions.

Mark does have a company called “Fashion Metric,” which did a variety of metric tests on male body types; Mark does believe that sensors and metrics are going to be huge in the future, so he is personally invested in Foot Fairy. His biggest fepar is that the two moms will drive him “bat-**** crazy,” and put him in the looney bin. Sylvie reinforces that they will take themselves more seriously under Mark, and listen to any advice he might have or suggestions he has to make – he is the entrepreneur, after all.

Mark then makes a shocking offer; Mark gives $100,000 for 40%, but there are contingencies. The first is that he intends to test the software himself and ensure that it works. The second is that he checks there is nothing comparable to Foot Fairy. The third is that he wants to check each contract that the “technology team” has, in order to ensure that Foot Fairy retains ownership of the software behind the application.

Sylvie and Nicole take Mark’s deal after a moment’s discussion among them, surprising the other four Sharks that Mark would be willing to pair with such a team.

The deal with Mark didn’t work out in the end. The specifics have not been disclosed but we’re guessing his team found something during the due diligence stage. Without an investment, the company eventually shut down in May 2014, just a few months after the episode aired.

Considering everything, however, it wasn’t that surprising. For starters, the company never even had a website. Their Facebook page wasn’t that active either and only had 1,500 likes. Even if you searched for “Foot Fairy” on Google, there weren’t that many results. If anything, most of them are Shark Tank-dedicated pages and not ones for the company itself. People simply weren’t aware, or if they were, weren’t interested in the app.

As of 2023, nothing has changed. From the looks of it, Foot Fairy is gone forever; there isn’t even a trace of it on the app store. There are, however, other apps that you can use to measure your child’s foot size. If anything, they’re very similar to Foot Fairy in terms of capabilities.

Interestingly enough, Dr. Sylvie Shapiro still has Foot Fairy listed as active on her LinkedIn page. But that probably doesn’t mean anything seeing as how she also has Dr. ShoeMom listed on her profile and that has folded several years ago. Her other company, Planet Flops, which offers eco-friendly flip-flops, however, is still up and running today. Aside from that, she also runs a podiatry practice in Santa Monica.

As for Nicole Brooks, she and her friend Stacy Blackman launched a skincare brand called Stryke Club after noticing a gap in the skincare market. Working with pediatric dermatologist Sheilagh Maguiness and Darci Rosenblum, the former VP and GM of Olly, they launched Strike Club, which is geared toward guys, in September 2019 with a face wash, body wash, and blemish stick, all of which are free of sodium laurel sulfate (SLS), benzoyl peroxide, and paragons. Priced between $8.99 and $42.99, the products drove 90% of the company’s early sales.

Since then, they’ve added several additional products including an adapalene gel, which is the strongest daily retinoid treatment available without a prescription. They also offer various types of kits including a “Class In Session Kit”, a “Fix It Kit”, a “Fresh Start Kit”, “The Club Kit”, and a “Lazy Boy Kit”, all of which come with different products. For those who are interested, you can check out the Stryke Club website here. They also offer free shipping in the U.S. on orders above $50.