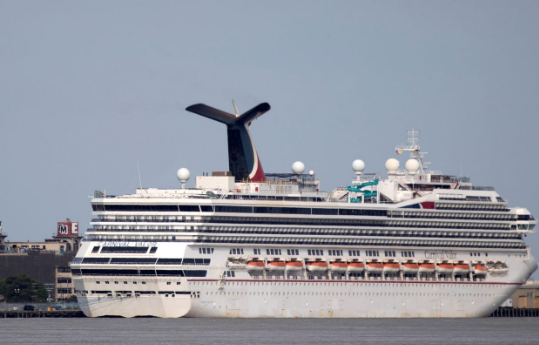 The cruise ship Carnival Valor had only been in the water for a day when 28-year-old James Grimes was reported missing by his family. It was Thanksgiving morning and the passenger ship had left New Orleans just a day before and was headed toward Mexico.

After he was reported missing, crew members began searching the passengers’ cabins. One passenger, Shant’a White, who was traveling with her family, recalled that one of the ship’s staff members had entered her cousin’s cabin and said they needed to make sure everything is okay. She wasn’t sure what was going on then, but it became obvious later that evening when an announcement was made saying that the ship needed to change directions to perform a search and rescue operation.

The passenger, James Grimes, was 28 years old and had been traveling with his family on the 3,756-passenger cruise ship. His family hadn’t seen him since 11 p.m. the night before and had gotten worried. By 10:45 a.m. on Thursday, when there was still no sign of him, they alerted the crew

Rescuers eventually found the missing passenger struggling in the water, trying to keep his head above the surface. When the helicopter crew lifted him out of the sea, he was understandably in shock, had mild hypothermia, and was severely dehydrated. However, he was later confirmed to be in stable condition.

Grimes, whose family described as an “exceptional swimmer.”, had allegedly treaded in the cold waters for over 20 hours and had withstood 20-knot winds, rain, and up to five-foot waves, where blacktip sharks and bull sharks are common.

The Alabama man was later interviewed on Good Morning America, where he said that he had lost consciousness and the next thing he knew, he was in the water. According to his sister, he had been at an onboard bar before walking off to go to the restroom at around 11 p.m. He had had a few drinks while on the ship but was not inebriated, though he does not remember having left to find a bathroom.

Confused and tired, Grimes battled with some sort of creature below the waters, which came up and “bumped one of [his] legs.” He doesn’t believe it was a shark as it had a flat mouth. At one point, he eventually grabbed ahold of a floating stick and started to chew on it, which gave his mouth a flavor other than saltwater.

According to the Coast Guard, the water temperature was slightly above 70 degrees that evening. Fortunately, Grimes eventually saw the lights from the rescue ship and was able to swim toward it. A helicopter crew was then alerted and hoisted him out of the sea. He was taken to New Orleans airport and promptly transferred to a hospital.