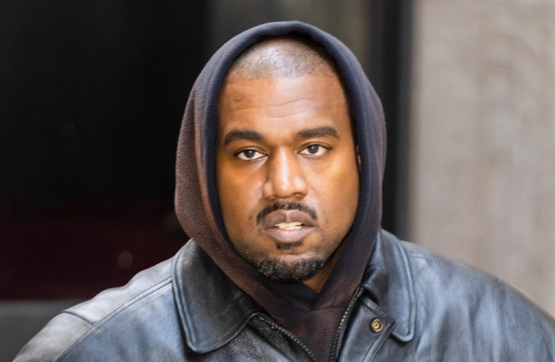 Kanye West recently went on a horrific antiseptic tirade on Alex Jones’ Infowars talk show in which he calls himself a Nazi and praises Hitler. In the controversial interview, the rapper said people should not criticize Nazis and that “[he] sees good things about Hitler”. He also added that “every human being has value […] especially Hitler” before admitting that “[he] likes Hitler.”

The unhinged interview with the rapper, whose face was covered under a black mask, also included antiseptic comments from Jones, a well-known right-wing conspiracy theorist. At one point, he even mentioned a “Jewish Mafia”.

Jones, who was previously ordered to pay huge amounts of money in damage for claiming one of the deadliest US school shootings was a “hoax”, tried to push back the rapper’s praise for the Nazis and Hitlers by saying that “[they] had done some really bad things.” But the rapper retorted by saying that “they did good things too.” He even went as far as saying that “we have to control the history books.” Later that day, West posted a picture of a Swastika on Twitter.

After the incident, President Joe Biden spoke out against antisemitism and tweeted from his political and presidential account that “Hitler was a demonic figure.” However, he did not mention West by name, nor did the White House press secretary name him directly.

On Thursday night, talk show host Jimmy Kimmel also tore into West during his opening monologue, in which he states “we have a black white supremacist.” He also told the audience that he thinks “[West] is wearing the wrong color hood.” Kimmel went on to debunk several parts of the rapper’s interview, such as his claims for Hitler having had invented microphones and highways, neither of which he actually did.

Back in 2018, the rapper had made an appearance on Jimmy Kimmel Live, where he defended Donald Trump in a tirade not dissimilar to his recent antisemitic rant.

Since then, Elon Musk has also announced that he will be suspending Kanye West’s Twitter account for inciting violence. This is not the first time this has happened as the rapper was locked out of his Twitter account back in October after posting antisemitic tweets. Earlier this year, he was also suspended from Instagram for 24 hours after referencing comedian Trevor Noah with a racial slur.

While West was diagnosed with bipolar disorder years ago and has spoken publicly about his mental health issues, experts say it does not have anything to do with antisemitism.