Cup Board Pro 2023 Update – What Happened After Shark Tank 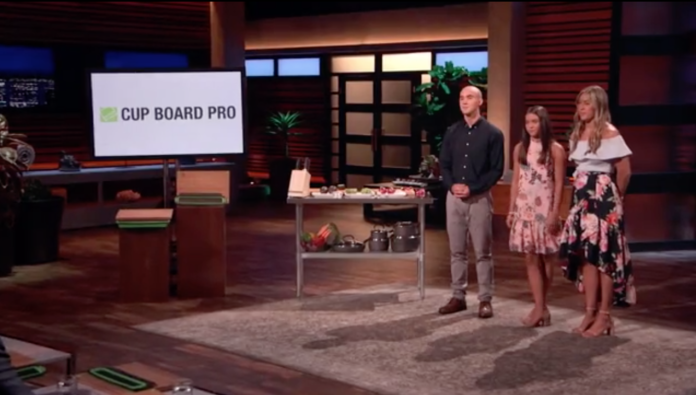 Cup Board Pro Before Shark Tank

The Cup Board Pro was an idea that was developed by New York City fireman Keith Young in 2010. He designed the product to help eliminate the time it takes to clean up messes in the kitchen after cooking a meal. The Cup Board Pro is a bamboo cutting board with wells on the sides leading spilled liquid to a cup-like container for easy disposal.

Production halted in 2011 when Keith Young’s wife, Beth King, was diagnosed with breast cancer. Keith Young stayed by her side until she passed away in 2012. After her passing, Keith Young participated in Food Network’s Chopped competition and was crowned two-time Chopped Champion before he resumed his work on his invention, the Cup Board Pro.

In 2015, right before he could start selling his first shipment of boards, he was diagnosed with cancer caused by his efforts working at Ground Zero on 9/11. He sought treatment but succumbed to his cancer in March 2018. 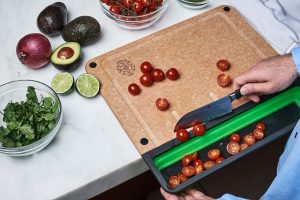 Two months later, Keith Young’s three children, Kaley, Keira, and Christian, worked together to make their father’s product a success. They had an inventory of 2000 boards from their father’s first shipment. Keith’s children made an online store and took to social media to sell the Cup Board Pro. Their efforts proved successful, and they were able to sell 300 boards in three weeks.

Keith Young wanted to audition for Shark Tank before he was diagnosed with cancer. Kaley, Keira, and Christian honored their father by appearing on Shark Tank in his stead and showing his audition tape to the Sharks.

Cup Board Pro on Shark Tank

The three siblings appeared in episode 3 of season 10 of Shark Tank. The siblings showed their father’s audition tape, which he recorded for Shark Tank before he passed away. They then told the story of the Cup Board Pro, which left the Sharks very emotional. The Sharks inspected the product and were intrigued by the high-quality bamboo and the clever idea. The cutting board also contained an engraving to commemorate the fallen firemen on Ground Zero on 9/11.

The siblings were asking $100,000 for a 10% valuation. They said the $100,000 would be used for advertising, renewing equipment, and restocking inventory. Each cutting board costs $12.50 to produce and is sold for $40 on their online store. They sold 300 Cup Board Pros in the past three weeks, generating $12,000 in sales, each board packaged individually from the siblings’ home with thank you notes. The five Sharks asked the siblings to wait in the hallway while they discussed the deal. After coming to a decision, the sharks called the Young family back. 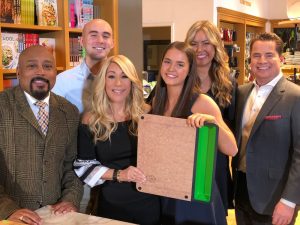 All five sharks came together and offered $100,000 for 20% of the company, with each shark paying $20,000. The sharks had one condition, which was to donate all of the profits from their stake in the business to the charity that Keith Young had supported before he passed away.

The siblings eagerly accepted the deal. All five sharks hugged the siblings, resulting in a heartwarming conclusion for the episode.

Cup Board Pro Now in 2023 – The After Shark Tank Update

After Shark Tank, the company bloomed and became a massive success. Within minutes of the episode’s air date, Cup Board Pro sold out its entire inventory. They received over 100,000 emails from customers looking to purchase the Cup Board Pro, but they quickly ran out of cutting boards and were overwhelmed by the number of customers looking to buy the product. As a result, the sharks introduced the siblings to Williams Sonoma, which was able to distribute, redesign, and manufacture the product more effectively, increasing their earnings and revenue. 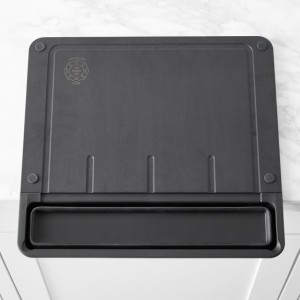 Cup Board Pro’s success did not stop there; the siblings went online and created a GoFundMe page to help raise donations for the FDNY (The Fire Department of the City of New York) foundation. The GoFundMe page was so successful that it raised almost twice the amount of money they asked for; out of the $25,000 asked for on the GoFundMe page, the Young family raised $41,119. They donated the money to the FDNY foundation in an official ceremony that the sharks had attended.

The Cup Board Pro was so successful that it sold out again in 2019 and had to increase its manufacturing to keep up with demand. The company expanded its products and added two new versions to its lineup; the Natural Board and the Synthetic Board. The Synthetic Board is a cheaper version of the Cup Board Pro, made with lighter materials and is dishwasher-safe.

You can find out more about the company, product, and what they are up to now on their Cup Board Pro website: firehousechefky.com