Jon Hayes was a successful investment banker in Manhattan, doing mergers and acquisitions for Citigroup. Most would consider his life at the time fairly successful, but Jon had bigger ideas. He decided to take his new wife on a honeymoon to the Maldives and used all of his airline miles and reward points to do so. It was a complicated process to pull off, but Jon managed to pay merely $200 for an 8 day trip to paradise. He took this experience and turned it into a business. RewardStock was a compelling idea to investors, but would the Sharks think so too? Let’s take a look.

Jon Hayes walked out onto the Shark Tank stage and addressed the investors in front of him. He introduced himself and let them know that he was from North Carolina. Jon gave the Sharks the name of his business and then requested 5% of $200,000.

Jon launched his presentation by relating that reward points and airline miles are very hard to optimize for the average person. It’s too easy for people to make mistakes when they get frustrated with the complex process or do not redeem the rewards due to a lack of understanding on the customer’s part. He next told the Sharks about his honeymoon, where he could spend eight days on an island with his wife. 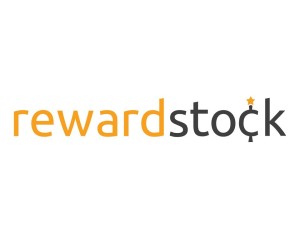 He claimed he was able to fly first class, spend eight nights in the Maldives, and spend only $200 because of all the rewards. Barbara looked incredulous. Jon had a strategy to use all of his frequent flyer miles to pay for the entire day of the trip. That is when he decided to create his company, RewardStock.

Jon referred to the website as a travel advisor/booking service. Once you create a profile, RewardStock would load the travel points you already had earned and search for what kind of holiday would be possible for you. The system would decide the most efficient way to use your points, giving you a chance to experience paradise.

Jon snapped his fingers, and loud tribal music started to play. The Sharks all gasped. Hulu dancers with coconut drinks and a fire dancer ran out on stage and said aloha to the sharks. They all look delighted. Lori sarcastically suggested that Mr. Wonderful get up and dance with them. While he didn’t rise from his seat, Kevin started to wave his arms and managed something that looked like dancing.

Beautiful women in brightly colored headdresses started handing out lais and coconut drinks to the Sharks. The native Hawaiians looked like they were having a blast. Suddenly, a shirtless muscular man ran out from the side of the stage with fire trailing behind him.

The Hawaiian women danced as the man lit both ends of the stick and twirled it expertly. He threw it into the air and caught it behind his back. He wove it in between his legs before kneeling to a stop. Mark requested that someone get that man a drink. Kevin made sure to tell everybody not to try that at home. Jon said that he had this experience in Hawaii and wanted to bring it to the sharks to show the real potential of his website. He claimed his most recent trip to Hawaii only cost him $16 an airfare. Jon ended his presentation by asking the Sharks who would bring similar experiences to travelers.

Surprisingly, Barbara was the first one to bring up money. She wanted to know how she would gain revenue from this deal. After explaining the complicated process he went through to obtain those good deals, Jon let her know that he would get a kickback from the various travel sites for referring people using rewards stock.

Lori expressed that she felt like the average person would never be able to do these things. Jon indicated that is where his website came in. It would operate as a simple search feature once you input the data it needs. Lori wants to know if it pulled from different sources and created all of the miles you get from various credit cards And the frequent flyer miles you get from airlines. Jon let her know that that was the information relayed in the profile, and then it did a series of complicated transactions to get your deals.

Kevin brought up his prior deal with HoneyFund, a previous deal that he made with a honeymoon registry. Jon mentioned that he was familiar with and would love to integrate the two. Both of them saw a lot of synergy between the two companies. Jon continued, explaining his revenue strategy. Members would pay a $29 a year membership fee, and he was also getting kickbacks from significant companies for referring people.

The sharks were looking impressed now, but things were about to get less impressive. Jon explained that they had only made $50,000 in sales from 10,000 people since they started the company. He stated that they hadn’t started the membership fee yet, and all of that was from the referrals. He was even considering not charging the membership fee but started stammering as Kevin glared at him. 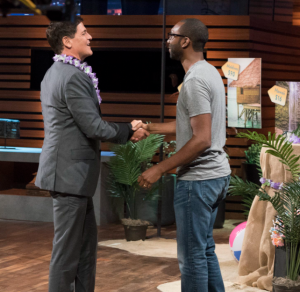 Mark wanted to know about his background. Jon explained that he was from Raleigh, North Carolina, and had gone to Princeton University. Once he graduated, he did mergers and acquisitions in Manhattan for seven years before deciding to strike out independently. Jon related that he was a top-ranked investment banker the whole time. After he dreamed of a honeymoon, Jon chose to quit his job, teach himself code, and start up a business.

Sarah wants to know what his biggest business challenges would be. Jon let her know that they only had four employees, and only one of them was a full-time programmer besides himself. Sarah wanted to know how he arrived at the four million dollar valuation e with only $50,000 in sales. Jon revealed that he put in his own $20000 and raised another $700000. He got to the foot million with $400000 on a convertible note.

Sarah and Lori went out, one right after the other. Sarah said that she wasn’t passionate about it, while Lori thought it was too early to invest that much. She needed to feel comfortable with her investment. Barbara had similar concerns. She saw the need to increase a ton of money into finding the best business model. She went out as well.

Kevin said he was interested because it would fit his existing protocols and portfolio. He did not want to do it for 5%, however. He asked for it 10% for the $200,000 investment as he brought a lot of value to the table. Kevin did not feel like the company was worth as much as Jon valued it. Jon was hesitant to accept. Kevin let him know that none of Jon’s current investors had the value he could offer.

While Jon was still thinking it through, he asked Mark for his opinion. Mark wanted 10 Percent and an advisory share of one percent, but he was willing to offer $320,000 of investment. This proposition cut through Jon’s hesitation about his convertible notes, and he jumped on the deal right away without going back to Kevin. Mark and Jon shook hands, while Kevin swore he would never answer the phone if they called.

RewardStock Now in 2023 – The After Shark Tank Update 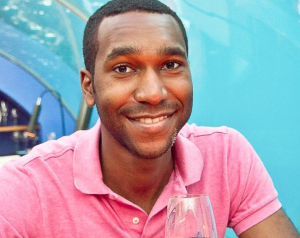 You may have realized that the last couple of years have not been an ideal time to travel. So how is RewardStock doing in 2023? If you type their website into your browser, you will find that the page redirects to Experian. Luckily for them, RewardStock was purchased by the credit reporting giant in 2019, right before travel came to a grinding halt. While I’m sure Jon would have preferred to keep building the business himself, it was the right deal at the right time.