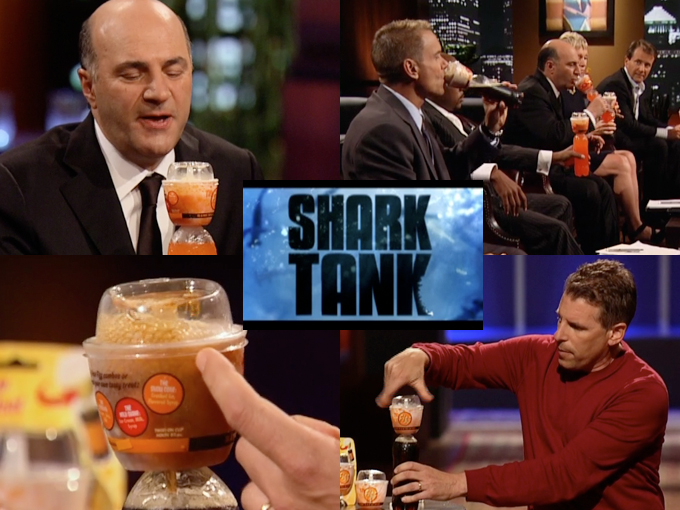 The Fizz Before Shark Tank 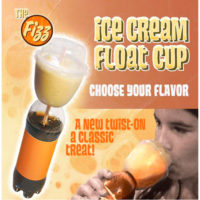 David Chodosh is a man who never completely lost touch with his inner child. It is because of this connection with his youth that he was capable of paving the way towards a successful adulthood. Having a creative, fun, and young mind made it possible for him to become a professional toy maker. During the beginning of his career, he did encounter some struggles as he attempted to invent a toy so magnificent that it would be flying off every retail toy store. However, on one particularly special evening he was struck with such a fantastic idea that he had to start working on its design right away.

While reminiscing on his childhood, David Chodosh generated an idea that would put a modern spin on an old time classic. The Fizz was inspired by the beloved frozen treat; the ice cream float. David sought out a way to make an easy and portable device that would make concocting the treat as simple as possible. After dwelling on the idea for a while, he created an easy to use “mixing chamber”. After investing $50k of his own money into the product, Chodosh produced a plastic cup that could be screwed onto the top of any 20 oz bottle of soda. Once attached to the bottle, the consumer need only to put a few scoops of their favorite ice cream and then lightly squeeze the soda bottle to create the perfect ice cream treat.

The goal in mind was to take older people back to a younger time in their history as well as to give the younger population a sweet taste of the past. David created the perfect way to do just that, but his business was in serious need of some financial backing because all of his own money had already been put into the creation of the product. Hoping that the Sharks would be able to tap into their inner child and see the value of his product, Chodosh took to the Shark Tank to get the financial aid he and his company needed.

The Fizz During Shark Tank

David started off his portion of the episode by asking the Sharks for $150k for a 25% stake in his company before launching into his sales pitch. He begins by explaining his passion for making “food fun”, which ultimately became the fuel behind his intention, The Fizz. It was his hope that by creating this fun little product that he would be able to bring back the classic root beer float that had been neglected for over 50 years. After taking a 20 oz bottle of root beer, Chodosh demonstrates how exactly his product works. First he places a straw through the bottom of The Fizz cup and then tightly screws it onto the bottle of soda. By lightly squeezing on the bottle, the soda enters the cup that holds the ice cream which effectively creates a fizzy ice cream float. Once his demonstration is over, each of the Sharks are given a bottle to try and taste for themselves. They all seem pleasantly delighted by the taste of the treat. Robert Herjavec even goes so far as to say that his kids “would love it”.

With demonstrations out of the way, it is time to talk sales. When asked if he has made any, David tells them that he made around $84k in sales during the previous year. The Fizz was supplied to multiple ice cream shops and local county fairs. Even Coca-Cola struck a promotional deal with The Fizz and received positive feedback afterward. As far as ice cream suppliers go, Chodosh was hoping to make a deal with a manufacturer who would pre-fill the cups and then sell them, but otherwise it would be up to the individual consumer to scoop in the ice cream themselves. Herjavec points out that he is going to run into some issues because he is neither a soda or ice cream man which will make marketing his product rather difficult since it will most likely rely on some kind of partnership with another company.

Finally, when it comes time for the Sharks to invest or not invest, Kevin Harrington admits that he would not have the connections required to get this company off the ground and is the first to decide not to invest. Following his lead, Daymond John refuses to invest because he simply does not like the product itself. Both Barbara Corcoran and Herjavec advise him to license the cup to an ice cream company, because otherwise he will be stuck with the title of “novelty item”. And then finally, Kevin O’Leary who is his last hope, decides not to invest either despite feeling a nostalgic fondness of the product presented.

David wasn’t able to secure a deal with the Sharks but that hasn’t stopped him from continuing with his business. If anything, the publicity from the show had actually increased his sales margin, which is always a good thing when you’re running a company. At one point, he was even featured on The Today Show!

That’s not all, The Fizz Cup also proved to be a big hit at the state fair. Determined to succeed, he went on to create an official website (http://fizzcup.com) for the product. While it lists the various products, however, there’s no way to purchase directly from the site. You must get them from their Amazon store (the “purchase” button redirects you to Amazon). Currently, you can get a four-pack of the Fizz Cup On-The-Go for $9.99, a 6-pack for $11.99, or a 12-pack for $21.99.

While ratings are mixed, the company seems to be going strong as of 2023. Their website is up and running (minus the online store portion) and The Fizz Cup is in stock and available on Amazon. It’s also worth mentioning that they received their patent for the product, which is a big milestone for the company.

And that’s not the only thing that David’s been up to. He’s also the CEO of Jonzo Inc., a company that designs and develops consumer products such as toys and games. Given his position, it’s probably fair to say that he’s been kept busy with various projects.

For those who are a fan of The Fizz Cup, you can keep up to date with their latest news and promotions by following them on social media. They have an Instagram account (@fizzcup) with over 1.1K followers that is updated every now and then. They have an official Facebook page as well, though it hasn’t been updated since 2017.