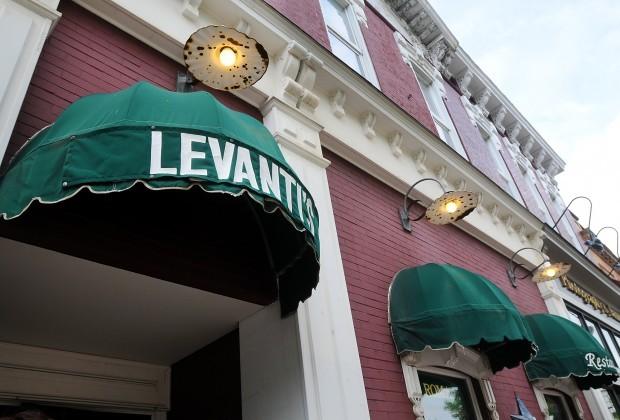 Beaver, Pennsylvania is an upper-middle-class suburban community, located 28 miles outside of Pittsburgh. It is also home to Levanti’s Italian Restaurant, opened in 1998 by Dino Fratangeli. After graduating college, Dino wanted to open a restaurant and with his father, Tony, investing his life’s savings, Dino’s dream came true. When they opened, there wasn’t much down there and the town had a need for a restaurant. He was a little overwhelmed with how much business they had, so he asked his sister to come in and help him out.

At the time, Tina, his sister, had a flower shop. She was a florist but felt like she needed to go help Dino, so she sold her shop and came to help Dino at Levanti’s. Everything was going fine, and then, unfortunately, they got competition. This changed everything. People just aren’t coming to Levanti’s anymore. The real reason the restaurant is failing is that of Tina and Dino, according to some of the waitresses.

Dino had absolutely no clue what he was doing in the kitchen. The quality of the food is gross. Tina also has no idea what she is doing. She can’t figure out frequent functions of the register or that she takes too slow to do a simple task, like keeping an accurate count of the number of customers in the restaurant. The pair is dysfunctional together, and they frequently clash over unimportant matters. 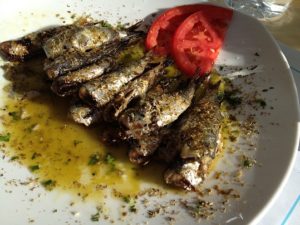 The way Dino sees it, Tina is at fault for not listening to her little brother more often. Their communication is a one-way street. Tina, however, feels like Dino points the finger at her for everything, and it’s always her fault. Their relationship soured, and Dino walked away for about a year and a half and left the whole business on her shoulders. He tried to come back, and business kept declining. Their situation is super desperate. Tony, their father, has invested $250,000 of his own money. The waitresses feel bad for Tony since he doesn’t know how bad it is. Had it not been for Chef Ramsay’s trip, the restaurant would close within six months.

Chef Ramsay makes the short drive into Levanti’s from the Pittsburgh Airport. On the way, he reviews the video that Tina had sent him. She explains that Dino and she had owned the business for fourteen years, and they have a lot of bitter arguments over the restaurant. She begs for Chef Ramsay to help get their restaurant back. Gordon pulls up to the front of Levanti’s and enters the quaint restaurant.

Immediately, he meets Tina and greets her. He says that he did not realize that things were that bad, and he asks how she personally is doing. She’s doing fine but needs his help. Gordon asks her to fetch Dino so they can have a sit-down with the three of them. He also meets Dino, and the three take a seat at a table.

Gordon asks for some details behind the scenes and starts with when they opened. The restaurant opened in 1998 after Dino graduated college, and he was trying to find his way in life. He and his father got together, and Tony, Dino’s dad, bought the restaurant. Tina came along later, and at the time, she had the flower shop. She felt like she needed to help and that it was the right thing, and she has given up a lot to keep the business afloat. 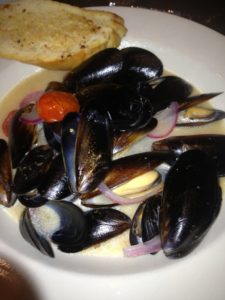 Throughout the years, Tony has solely backed it financially. However, he is not willing to financially back it anymore. Gordon asks what the problem with the restaurant is, and Tina says that Dino is. It’s the truth. Gordon then asks who is in charge, and Dino says that he is, but Tina is present more often than him. The two give conflicting information and fight, and Dino slips that he had to leave for a couple years because of their deteriorating relationship.

Gordon looks exhausted. The two bickered over something completely irrelevant and childish, and he clearly has his work cut out for him. He takes control of the situation and asks to taste the food. He is shown to a table and it’s time to find out if the food is suffering as well. His waitress, Sam, greets him and Gordon asks if the owners are always down in the dumps. He orders the stuffed banana peppers, the Italian filet (medium-rare), and the chicken Carletta. The carletta is their signature sauce, and it came to Dino in a dream.

In the back, the chef immediately drops a plate when Gordon’s order comes through. While his food cooks, he glances over to another table which has olive oil to accompany the bread. He politely asks the table to try it and finds that it tastes like frying oil. It’s actually pomace olive oil, and the mix just smells off. The bottles have never been cleaned, and Gordon’s hands are all slippery and dry. The tiramisu has been sitting on the table for probably three weeks and is rock hard. Sam reveals that it’s been a couple months. This is a huge health hazard.

Gordon’s stuffed filet arrives at the table. He slices in and the inside is entirely raw. It’s literally raw and uncooked. The steak was frozen and Gordon sent a complaint back to the kitchen that it was completely raw. Gordon finds that the restaurant has not been cleaned in recent memory, along with clumps of hair and crumbs.

The stuffed banana peppers arrive next. It is oozing with cheese and looks like congealed snot. It tastes very strange. He’s never seen anything like it. The peppers are frozen, and when you microwave them all the water seeps out. Things are starting to get absurd, Sam says. The chicken carletta is the next item to arrive at Gordon’s table. He digs in, and immediately states, “What a mess.” There’s too much garlic and the chicken is too hard – they’re like bullets.

In the back, Dino is sweating bullets. He disagrees with Gordon, and his carletta sauce is inspired by God. Things are an absolute disaster, and Gordon doesn’t even know where to start. He is completely lost for words and Levanti’s Italian Restaurant is, without a doubt, the worst Italian food he’s ever had.

Levanti’s closed for good in November 2013, just a little over a year after they filmed the Kitchen Nightmares episode. By then, the restaurant’s reputation had dropped significantly. On Yelp, they only had a 2.5-star rating on Yelp across 18 reviews.

The business was then sold to Rich Montini, one of the executive chefs at PNC Park. He then reopened the restaurant under a new name, “Heirloom”. Known for their earthy decor, they offered various items on their menu including tortillas, bratwurst sandwiches, crab cakes, and pasta. And unlike Levanti’s, everything was produced in-house without the use of additives, chemicals, or preservatives.

Despite that, Heirloom ended up closing in 2018—after five years of business. According to their official Facebook page, they would be closing their sit-down restaurant but would be continuing their catering business.

As of 2022, the old Levanti’s location is unoccupied. A photography studio has opened up next door and a couple of apartments are available for rent upstairs but no one has moved into the old restaurant space.