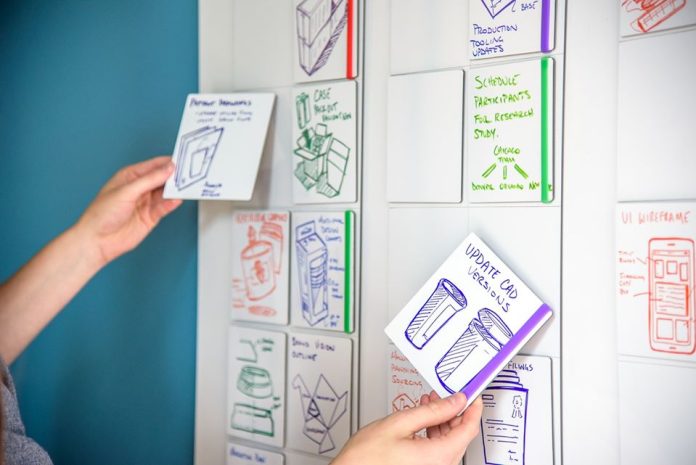 Each year, over 2 billion paper products become piled up in landfills, and let’s be honest, that’s not great for our environment. Now, while many may not be aware of that number, specifically, Anthony Franco was, and he was determined to decrease it drastically. Having already been an entrepreneur to 5 successful businesses, Anthony was able to bring to life another one known as mcSquares. In 2016, Anthony Franco founded mcSquares, with the intention of creating an eco-friendly approach to using paper products such as sticky notes, planners, etc, in a work space.

M.C. Squares has taken office and school supplies to the next level with their reusable products. From reusable sticky notes and notepads to sleek whiteboards and smudge-free markers, mcSquares is taking part in reducing those 2 billion pieces of paper in landfills each year. Each product is capable of adhering to a variety of surfaces with the bubble bond that sticks to the back. For instance, if you purchased a mcSquares white board, you would be able to plan, stick, and re-stick the board multiple times. In addition to that, the white boards come in stacks or singles; the singles are just one layer, while the stacks consist of a white board, black board, and a clear surface. 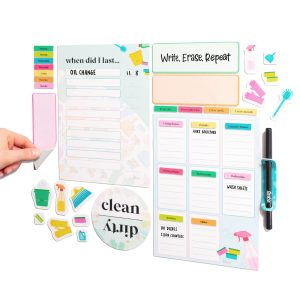 Shortly after launching mcSquares, Anthony introduced each of the products at multiple Kickstarter campaigns. From 2017 to 2019, he was able to raise $65,563 from just three campaigns, and he continues to profit pretty well with the sales from those doing home schooling and working from home. In addition to that, Anthony has partnered with Trees for the Future, which is an organization that plants trees to send families in Africa food and resources that they may need. However, while Anthony has seen quite a few of his successes thus far, he wants to take his chances on Shark Tank. Will Anthony be able to impress the sharks and land an investment?

Anthony Franco appears on Shark Tank with hopes of getting an offer of at least $300,000 for a 10% equity in mcSquares. To start off his pitch, he demonstrates just how wasteful regular sticky notes can be by throwing loads of them on the floor. He continues his pitch by introducing his products and by mentioning to the sharks that 12,000 regular sticky notes can be exchanged for one single pack of his reusable sticky notes. Anthony goes on to talk about his sales, where he explains that just in the past year, he’s made 213,000. While this may have sounded good, the sharks were concerned that Anthony was lacking some sort of organization.

Before Anthony was able to conclude his pitch, Mark explained that he was out because he had already been invested in a similar business. With that, Lori followed closely behind, explaining that she was out because she wasn’t too interested in mcSquares. Next, Barbara, and guest shark Rohan Oza, backed out as well. Barbara made it clear that she wouldn’t invest because she loves the regular sticky notes, while Rohan Oza was just confused about mcSquares.

Kevin O’Leary, on the other hand, loved the idea and the sales numbers that Anthony had mentioned. While mcSquares was a great idea, Kevin was a bit worried about the scaling and he seemed hesitant to present an offer at first. Nonetheless, Kevin ended up offering Anthony $300,000 for a 25% equity in mcSquares. Anthony wasn’t expecting that, so he asked Kevin if he would consider lowering the equity to 20% instead; however, Kevin said no. Given that this was the only deal presented to him, Anthony accepted the deal from Kevin.

Since airing on Shark Tank, mcSquares has become one of the most successful businesses. There hasn’t been any update on whether or not the deal with Kevin has been closed; however, Kevin did decide to change it to just $50,000 for 11% equity in mcSquares. Considering how well the business has been doing, this change wasn’t a problem for Anthony. He made it clear that, more than anything, he was interested in Kevin’s experience and guidance. In fact, since the Shark Tank episode, mcSquares has grown greatly and has made $3 million in annual revenue. They even ended up needing to hire more employees as they were getting so many orders.

M.C. Squares did end up making an appearance on season 13 of Shark Tank to give an update on how the business was going. During this update, Anthony mentioned that the company has moved into a new, eco-friendly building that is 25,000 square feet. This building actually runs on wind power. In addition to that, mcSquares has contributed to planting 50,000 trees for Trees for the Future. 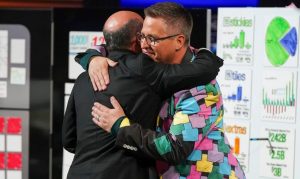 As the mcSquares business continues to grow, they have already partnered with Novi School District in Michigan to supply 6,000 whiteboards for teachers and students to use. Along with that, Anthony and his company continue to work with crowdfunding campaigns in order to raise more money for the companies future growth. During two of their crowdfunding campaigns, We Funder and Start Engine, they raised more than $650,000. As of 2022, mcSquares has made more than $4 million in sales; a number that is continuously growing. It’s safe to say that Anthony and his journey to reducing paper in landfills has been and will continue to be a success.
As for Anthony, he continues to stay active on his LinkedIn account, as well as on the mcSquares Instagram account, where he posts about his products daily. At this time, it looks like these reusable products can be purchased online at mcsquares.com, as well as on Amazon and Walmart.
Share
Facebook
Twitter
Pinterest
WhatsApp
Previous articleTa-Ta Towels After Shark Tank – 2022 Update
Next articlePsi Bands Update 2022 – See What Happened After Shark Tank