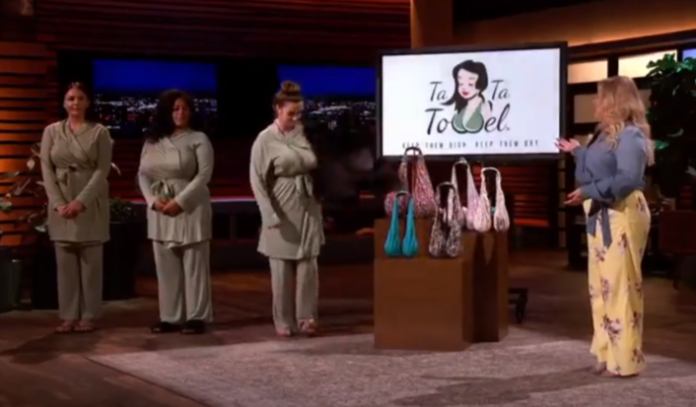 Breast sweat is a common problem that many women face as they go about their daily lives. Erin Robertson was one such woman. She consistently found herself sweating when she did any activity. One sunny afternoon in California, Erin wanted to go on a date and she could not stop sweating. Erin had tried tucking her shirt under her breasts but it didn’t work so she looked for another solution.

There was nothing in the market that could help her with her problem and that’s when Erin got innovative and created ta-ta towels. Ta-ta towels are towels shaped like bras specifically designed to prevent breasts from getting sweaty.  The ta-ta towel is made from terry cloth on one side and has a soft lining on the other to ensure that breasts stay dry whatever the situation.

Erin created the towel to be worn indoors but she says that she has seen it being worn outside by some of her customers. Erin started the business in California and got a lot of positive feedback and sales from the creation of the towel. She had a very profitable first year when she started the business but in the second year, she did not experience the same.

Erin needed help to find a way to rejuvenate her sales and provide capital for the business as this went on. This is why she went onto Shark Tank. She was invited to be on the second episode of the tenth season. 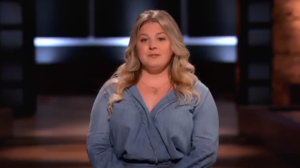 Erin went onto the show seeking $200,000 for 10% of the company Ta-Ta Towels. This gave the company a valuation of $2,000,000. She started by giving a presentation with models showing how the ta-ta towel was worn.

Lori asked if it was a design patent and Erin confirmed that it was but it was for the original. She also had the patent in China. Erin had also come with a second towel and for that, the patent status was pending. The second design was for maternity.

Robert asked what the sales prices were. Lori said that the original ta-ta towel’s sales price was $45 while the maternity ta-ta towels were sold for $55. The cost of manufacture for both items was $24. Mark Cuban thought that her manufacturing cost was quite high.

Erin then said that her sales in 12 months had been $1,100,000. The sharks thought that the volume sold was very commendable. Kevin then asked about where she was selling. Erin said that she had sold them exclusively on her website. 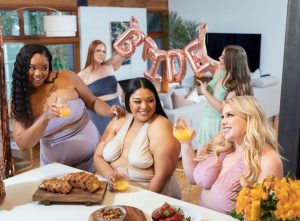 Erin then gave the sharks her past. She had been a personal assistant before she had developed ta-ta towels. She had not found much satisfaction in employment at that time. She had then quit and made the towels in her living room.  She learned how to stitch from watching online tutorials. Sales had been slow until one day when her product went viral.

Erin said that the problem was that when she started out she didn’t know what she was doing and everyone tried to exploit her ignorance.  She had to take a break because of this. Lori asked her if she enforced her patents. Erin said that she did enforce her patents.

The sharks needed an explanation on how she expected to get $2,000,000 in sales even though 6 months of the year had passed and she had only gotten $180,000. Erin said that there was demand for the product all over the world. Robert then said that he didn’t see how it would work.

Erin said that it was because the towels were very efficient. Kevin said that it wasn’t the problem. The problem was that she needed to make it and they only had 6 months left. Erin then said she already had the inventory. She had 10,000 units ready to be sold. 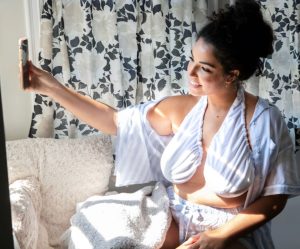 Mark Cuban then left. He said that she had a lot of inventory and she wasn’t sure what to do with it. Erin tried to defend her position saying that she did see it selling on QVC but she hadn’t talked to them. Mark then said that she was making his case for him and he left.

Barbara then left saying that nobody bought into a business when the sales were dropping. Lori said that she understood the product but it would take a lot of work to get the business back to where it was. For that reason, she offered the $200,000 but for 50% of the company.

Erin said that she wasn’t in a position to offer 50% of Ta-Ta Towels and offered 15%. The sharks thought that it was too low. Erin then offered 20%. Lori asked her to consider how much her business had slowed and she (Erin) would need an army which Lori had.

Kevin then asked if there was any way Lori would be given 50% of the company such as increasing the money offered. Erin said that she couldn’t because at some point she had got an investor who now owned 10% of the company so she only owned 90% of the company.  Lori then offered $200,000 for 40%.

Ta-Ta Towels Now in 2022 – The After Shark Tank Update

After the deal with Lori, Ta-Ta Towels has experienced a tremendous amount of growth. Ta-Ta Towels has become an international brand as desired and it has opened a Canada shop that has in-country shipping. Ta-Ta Towels are also now available on Amazon where most of its products have a minimum of a 4-star rating. 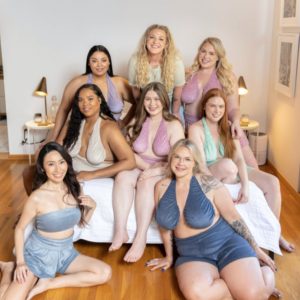 Ta-Ta Towels also now offers a wider variety of products. Its prices have also lowered and there are some bras that are being sold for as low as $29.99. However, its website is also still operating. Ta-Ta Towels has even launched a line for men and they offer the testie towel which is a towel for men to wipe their testicles with.

Lori did advertise the product on QVC as she had promised which led to a significant increase in revenue. The company is in a far better position than where it was before surpassing its revenue of $1,000,000 with ease.