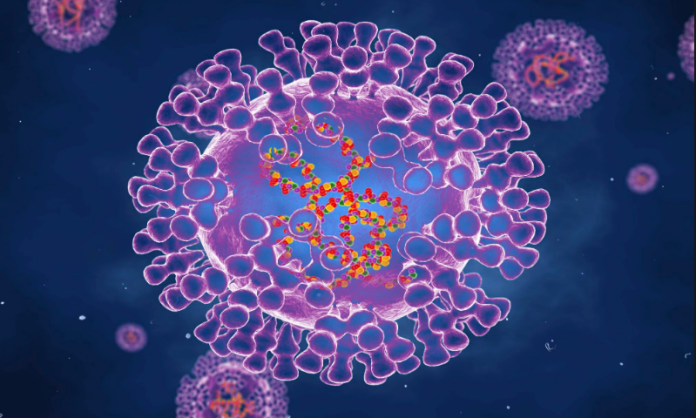 Monkeypox is a rare viral infection that’s transmitted to humans from animals. While it’s common in Central and West Africa, it’s rarely found in other parts of the world. Over the past few weeks, however, several potential cases have been identified in Europe and North America.

The first case in the United States was confirmed yesterday in a man who recently traveled to Canada. Officials have not disclosed where in Canada the man stayed but have stated that the case ‘doesn’t pose any risk to the public’. They’ve also started the contract tracing process.

As for Canada, two cases were confirmed in Quebec. There are also 15 suspected cases in Montreal, which scientists are working to confirm. While cases are usually mild, the Public Health Agency of Canada has alerted authorities around the country to look for symptoms in patients, regardless of whether or not they’ve traveled recently.

Outside of North America, cases have also been emerging in the UK, Spain, and Portugal. In the UK, the first case of Monkeypox was reported on May 7. According to reports, the patient had recently traveled to Nigeria before returning to England. Since then, there have been eight additional confirmed cases. While the source of the infections has not yet been identified, officials believe that they were ‘locally acquired.’ There has also been one confirmed case in Italy, one in Sweden, and a suspected case in France.

Seven cases have also been confirmed in Spain, as well as five in Portugal, with more being tested. Australia also has one suspected case after a man became ill after returning from Europe.

What Are the Symptoms of Monkeypox?

The symptoms of monkeypox are very similar to those of smallpox. Typically, it begins with a headache, fever, and muscle aches. After one to three days, those who are infected may develop a facial rash that spreads to other areas of the body. Often confused with chickenpox, the rash usually starts as raised spots before turning into small fluid-filled blisters. These blisters will eventually form scabs that’ll fall off within 2 to 4 weeks.

Other symptoms include exhaustion, swollen lymph nodes, chills, and backache.

What Is the Incubation Period For Monkeypox?

The incubation period (the time it takes for the infection to develop after being exposed to the virus) for monkeypox is usually 7 to 14 days. However, it can range from 5 to 21 days.

How Is Monkeypox Spread?

Monkeypox is spread through close contact with body fluids, lesions, and respiratory droplets. Rarely, it can also spread through contaminated objects such as bedsheets.

It’s also important to note that individuals are likely to be contagious before symptoms appear.

Is There a Vaccine?

The smallpox vaccine is 85% effective at protecting people against Monkeypox (they belong to the same family of viruses). However, it’s not suitable for those with compromised immune systems as it’s a live virus.