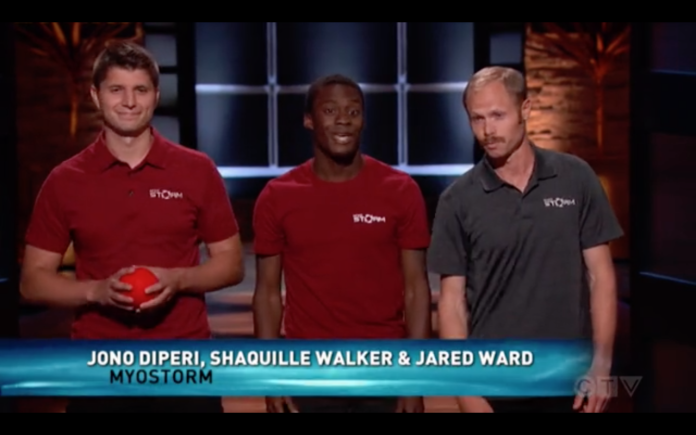 Many athletes and everyday people suffer from pains that negatively impact their mood and day. Massage balls were invented to combat this issue, but they don’t always relieve the pain and discomfort. MyoStorm’s founders Jared Ward, Jonothan DiPeri, and Shaquille Walker developed the Meteor to combat back and muscle pain that athletes and people experience daily. 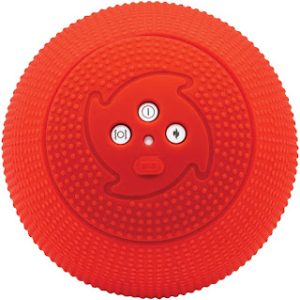 The Meteor is a heating massage device that sends therapeutic vibrations to help relieve muscle and back pain. MyoStorm originally designed the Meteor for athletes and those who perform physical exercise daily; however, the product was popular for everyday people who suffer from back pains in their everyday lives. The Meteor was scientifically proven to help relieve muscle pain and help the body relax. Some universities even used The Meteor as part of their physical therapy and training program.

MyoStorm launched in 2018 on Kickstarter with their product, the Meteor. The Kickstarter campaign raised $65,461 of their $20,000 with 500 backers in one month. The Meteor was so successful that the company ran out of inventory soon after they delivered the product to their Kickstarter backers. The founders wanted to improve their product and add new features to The Meteor before restocking their inventory, so they went on Shark Tank to seek an investor that would help their company grow and help them design The Meteor 2.0.

MyoStorm made its appearance on episode 5, season 11 of Shark Tank. Ward, DiPeri, and Walker pitched their product, The Meteor, to the Sharks. Walker and Ward said they had suffered severe aches and muscle pains and none of the products they tried on the market had helped them. That was until they helped DiPeri come up with the Meteor, which helped relieve pain and aches from sore spots on their body. 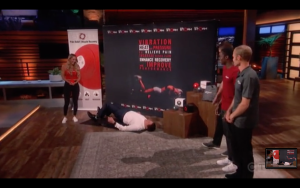 They demonstrated its heating and vibrating functions and handed each shark a ball for them to try out. Mark Cuban went on stage and tested the ball, laying and rolling on it. The founders stated that the ball’s vibrations help relieve and heal aching muscles in the body. Mark liked the product and thought it was “pretty cool”.

DiPeri said that the heat and vibrations aspects are what set their product apart from other massage balls. He claimed that he had studied how vibrations affected the human body in his research; according to him, the vibration frequencies from the Meteor combined with the heat create a healing effect across bones in contact with the device.

MyoStorm was seeking $150,000 for 10% equity in the company. DiPeri explained the company’s background. MyoStorm started on Kickstarter and made 1,000 units to fulfill their backers’ orders. The company raised $65,461 from an original goal of $20,000. DiPeri said the company tested the product between prices of $130-175 with a production cost of $40 but later decided on the sale price to be $160. MyoStorm had lifetime sales of roughly $120,000, which concerned the sharks.

Lori said the problem was the product’s high price point; she believed that the Meteor would do better if it was under $100. Mark disagreed, stating that the people who would purchase the product would already be using other options, giving them an educated look into the product. He also believed that since the Meteor was an electronic device, it could be upgraded and improved upon until the production price reaches $20, at which point the company could sell the product for $99. 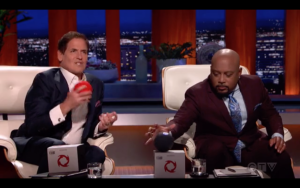 Mark Cuban made MyoStorm an offer of $250,000 for 20% of the company; however, he wanted an immediate answer or he’d pull out. The founders said they would like to hear the other sharks’ offers, which made Mark withdraw from the deal.

Matt Higgins also liked the company and stated that he had enough connections and experience in the sports demographic to make the product a success, so he made them an offer: $150,000 for 10%, the same amount the company was originally seeking from the sharks.

DiPeri, Walker, and Ward discussed the offers privately before coming to an answer. MyoStorm chose Lori Greiner’s offer, which shocked the other judges. With four incredible offers from the sharks, MyoStorm walked out of the shark tank happy after acquiring a deal with Lori.

MyoStorm Now in 2023 – The After Shark Tank Update 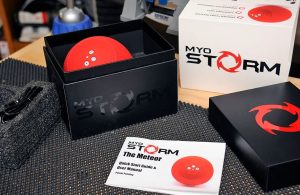 MyoStorm’s journey was not an easy one after their appearance on Shark Tank. There was no evidence of the deal with Lori ever being closed, and the founders had to grow the company on their own. After the episode aired, MyoStorm sold out of its existing stocks immediately and had an influx of back orders awaiting completion.

MyoStorm developed the Meteor 2.0, an improved version of the original Meteor with additional USB Type-C support to quickly charge the massage ball. The company was able to fulfill all of its back orders within four months, and it was back on track by 2020. The company’s FDA-medical approval helped distinguish it from other competitors, making the Meteor 2.0 sell very well in stores.

However, the company suffered from pushbacks due to the Covid-19 pandemic. As a result, the Meteors in stores were barely sold, and MyoStorm was looking at tough times. In July of 2021, MyoStorm launched a Kickstarter for their newest product, the Meteor Mini. 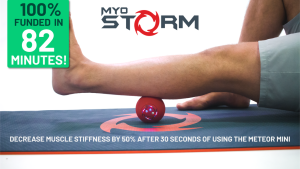 The Meteor Mini is a cheaper compact version of the Meteor 2.0. Furthermore, The Kickstarter campaign released a few more products into the company’s roster such as the 3-in-1 Recovery Roller and a Dual-Layer Recovery Mat, attachments specifically designed for the Meteor. The campaign raised its goal of $25,000 in just 82 minutes! The Kickstarter raised a total of $287,056 in one month.

With the Kickstarter campaign’s massive success, MyoStorm launched their newest product, the Meteor Mini, online on their website and Amazon. The product did well in sales, and the company was back on track by the end of 2021 with an estimated annual revenue of $1 million.

MyoStorm is still growing to this day in 2023 and is expected to grow even more. The company offers online courses for exercise with the Meteor and the Meteor Mini, as well as guides and reels on their official Instagram page. For more information and updates on MyoStorm and the Meteor after Shark Tank, visit their website here.