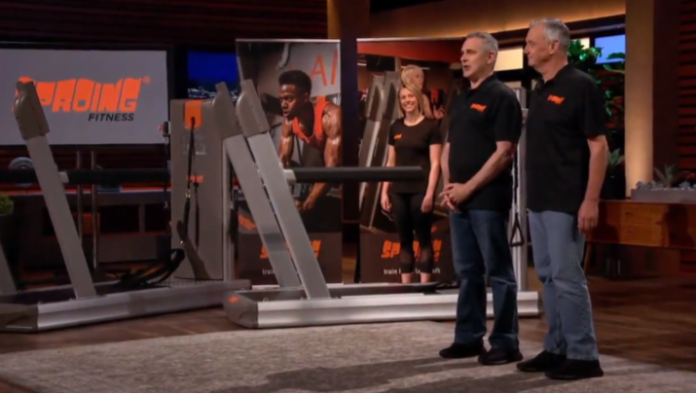 Sproing Fitness is a company that sells the sproing which is a running machine that helps people run better thanks to the better position that it allows someone to have as they run. The treadmill is one of the most popular running machines there is. However, the treadmill does not position runners properly.

People normally fall forward when they run. However, when they run on the treadmill they land with their legs first. This puts a lot of pressure on the ankles, knees, hips, and back which leads to injuries. 85% of all runners are injured every year and poor posture has been identified as the main reason why this happens.

The sproing running machine was invented by Paul Toback and Steve Lenz to reduce the number of injuries that happen when people do their workout. The sproing replaces the hard wooden deck of the treadmill with a shock-absorbing air cushion that lets the user get the same experience that they would get running on the beach. The sproing also has a tethered rope that users tie around their waist and creates the falling angle that people are in when they run outside.

Paul and Steve started Sproing Fitness, the company that makes and sells the sproing device. Both of them were avid runners and had experienced the problems that other runners faced. In fact, the sproing device was developed from their years of experience with health and fitness related matters.

Paul had been the CEO of Bally Total Fitness before he developed the sproing. Steve had been the head of engineering at Life Fitness. Sproing is the first new running device in 100 years. The only other running devices are the treadmill, elliptical, stepper, stationary bicycle, and rower.

Paul and Steve sold their products independently but also opened studios for people to work out with them. They needed more capital and sales experience to help them grow and that’s why they applied to be on Shark Tank. Their application went through and they were invited to be on the 9th episode of the 10th season. 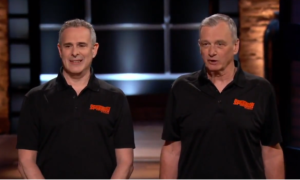 Paul and Steve went onto the show seeking $500,000 for 8% of the company. They started by giving a presentation where they showed the device and then invited some of the sharks to try the device. Daymond and Robert tried the sproing and Robert thought that it was very effective. Paul also explained the classes that they were holding and told them that a person could burn 1000 calories with a 40-minute workout.

Kevin was skeptical and wondered why he couldn’t buy the mat without the rest of the items. Paul explained to him that it would start with just buying the mat but he would gradually add more items to make the workout work. Eventually, someone would end up just making a sproing for themselves. Satisfied with the answer, Kevin asked for their sales price.

Paul said that the sproing retailed for $6,499. The sharks thought that its price was high. Paul said that with his experience as CEO of Valley Fitness he knew that there was nothing like it anywhere else. Lori then asked Robert and Daymond what their experience was. Robert said that it felt very effective.

Daymond said that it felt very intense. Robert agreed and said that he doubted he could do it for 45 minutes. Paul then told him that they were opening studios. The sharks inquired about the sales model. Paul told him that after they had sold around $1,000,000 of equipment they found some resistance to it.

Kevin said that people just didn’t believe in the device. Paul then said that Steve as a former engineer had more patents for treadmills and ellipticals than anyone else on earth.  Paul was the biggest buyer of treadmills. The problem with the sector was that treadmill manufacturers had no reason to innovate and so Paul and Steve decided to make the device themselves. 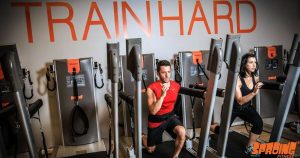 Mark Cuban then asked who bought the product. Paul said that a lot of sales had come from rehab centers and private training studios. The uptake had been slow and so they had decided to open up some studios. Paul and Steve had opened 4 studios in their home town Chicago.

Paul said their classes were fun. They lasted on average 45 minutes long and had 25 machines. Kevin said that he thought the device was a dog. A dog is a product that is not very successful in sales. He thought that it was only a matter of time before Sproing needed to be shut down.

Mark Cuban then left. He said that he knew the cycle of such studios. They would start with a lot of excitement and new activity but as the novelty wore off, the people interested would decline and they moved on to the next new activity. The problem with Sproing Fitness is that their classes were tied to certain equipment so it would be harder for them to change as people’s habits did.

Sproing Fitness Now in 2022 – The After Shark Tank Update 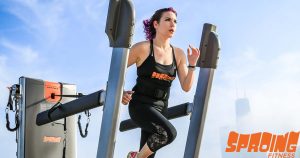 Sproing Fitness has continued to grow despite the lack of interest from any of the sharks. The company now has five centers with the fifth one being located in Hollywood California. Covid-19 led to some closures but the business is still in operation. They have a website where people can see class schedules. People can also partner with them and start their own Sproing studio franchises.

Sproing’s social media following has yet to grow as much. It has 2,487 members on Facebook and 1,904 followers on Instagram. It earned $12,000,000 in revenue in 2020 and in 2022 it is valued at $22,000,000. Although the sharks did not believe in the business, Sproing Fitness has stood the test of time and brought a new idea to a market that didn’t think it even needed anything new.