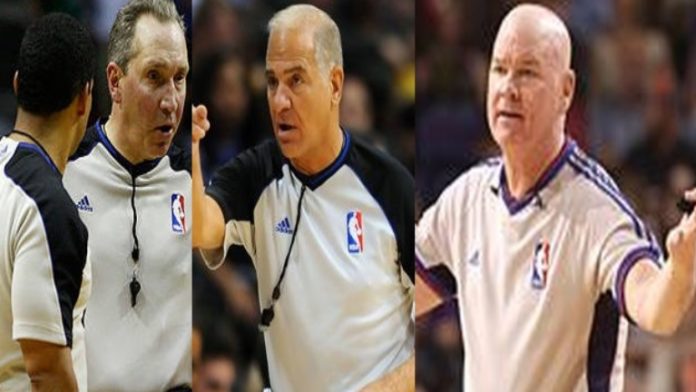 It’s no secret that NBA referees are paid a lot, especially those who have been with the league for decades. While their exact salaries haven’t been disclosed, we can make a pretty good guess as to how much they rake in per game and season. If anything, we just have to do a little digging on the internet.

For those who are wondering, those who are just starting out in the NBA are typically paid $60,000 to $100,000 per year. As a newbie, however, they’re rarely involved in playoff games due to lack of experience; it isn’t until they’ve been with the league for many years that they’re assigned to playoffs and finals. Until then, they are only assigned to regular games.

For veteran NBA referees, however, playoffs and finals are an additional source of income on top of their yearly salary. Depending on their tenure status, they can earn upward of $29,000 per semifinal/final game and $9,000 per playoff match.

Who are these highly-decorated referees? How much do they make? Keep reading to find out!

Originally from Daytona Beach, Deric Lewis was a member of the basketball team at Mainland High School and Bethune Cookman College. After graduating, he refereed college and high school basketball, the latter of which he did for six years.

With the NBA, he has officiated more than 930 regular-season games, including 46 playoffs. He also spent a few seasons officiating in the NBA G League in addition to working in the USBL. 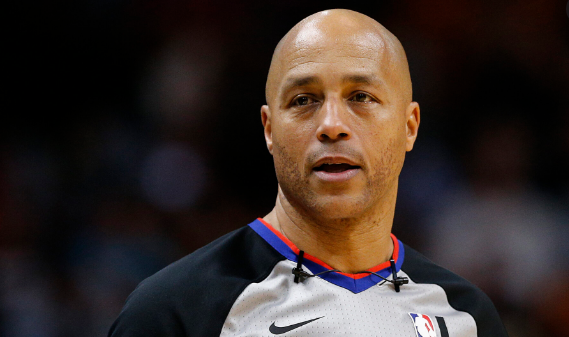 Marc Davis is one of the league’s top performers, having worked over 21 seasons as an NBA official. Over the years, he has refereed nearly 1,300 regular-season games and over 130 playoff games, including 12 Finals. He also called the NBA All-Star Game in New Orleans in 2014.

In addition to working with the NBA, he has three years of collegiate basketball experience and three years of CBA officiating experience. He was also given the Honorary Nate Humphries Award by the Chicago Public League Coaches Association in 2000.

Tom Washington has been a referee with the NBA for over 28 seasons. Throughout the years, he’s officiated more than 1,600 regular-season games and has worked 172 playoffs, including four NBA Finals. He also called the 2004 All-Star Game in Los Angeles and the 2017 All-Star Game in New Orleans. His most memorable game was his first NBA Finals—the match between the Los Angeles Lakers and the Boston Celtics during Game 4 of the 2008 Finals. 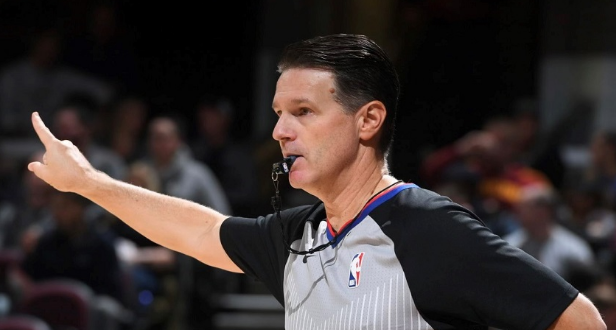 Pat Fraher has been with the NBA for over 18 seasons. Over the years, he has refereed more than 1,100 regular-season games and 50 playoff games. He also called the NBA All-Star Game in New York in 2015.

Prior to refereeing for the NBA, he officiated in the CBA, where he worked the All Star and Finals games. He also spent several years in the WNBA and has 10 years of experience refereeing high school basketball. As a teen, he also played football and golf while he was a student at Hastings High School in Minnesota.

It’s estimated that he makes $550,000 per year from refereeing, including bonuses from officiating playoff and final games.

Ken Mauser is one of the longest-tenured NBA referees, having worked there since the 1986-87 season. A 1977 University of Minnesota graduate, he officiated for nine years at the collegiate level and six years in the CBA before working for the NBA.

Throughout his career, he has officiated more than 1,935 regular-season games and 210 playoff games, including 19 NBA Finals. He also refereed Michael Jordan’s first game back from retirement when the Indiana Pacers went up against the Chicago Bulls in 1995. 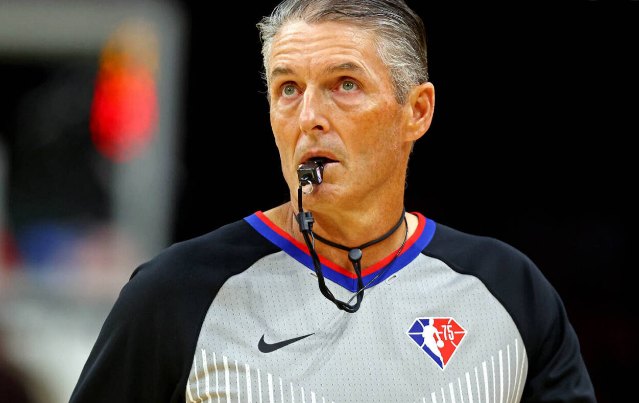 Scott Foster has been officiating since the 1994-95 season. Over the course of his 28-year NBA career, he has officiated 1,700 regular-season games and has called 14 NBA Finals, including the one between the Bucks and Suns in 2021. His most memorable assignment, however, is Game 7 of the 2010 NBA Finals between the Boston Celtics and Los Angeles Lakers.

Rodney Mott joined the NBA in 1998. Prior to that, he worked with the Los Angeles Pro-Am League and the CBA; he also refereed college and high school basketball.

Throughout his 23 seasons as an NBA referee, he has officiated over 1,2500 regular-season games and 35 playoff games. In 2013, he also worked at the NBA All-Star Game in Houston, Texas.

A senior referee, he makes an annual salary of $550,000, which is among the highest in the NBA.

Tony Brothers has been a referee in the NBA for nearly three decades, since the 1994-95 season. He wears the uniform number 25 and has officiated more than 1,400 regular season games including 170 playoffs and 9 NBA Finals. His most memorable assignment, according to his official profile, was Game 2 of the 2012 Finals between the Oklahoma City Thunder and Miami Heat, which was also his first NBA Finals Game.

Prior to working in the NBA, he officiated in the CBA, where he took part in three CBA finals and one All-Star Game. He also refereed high school basketball for seven years in Virginia.

Sean Corbin has worked as an NBA official for over 24 years. Originally from Baltimore, he attended Coppin State University, where he played basketball and baseball.

At the age of 32, he landed a referee position at the the NBA. By then, he had several years of collegiate officiating experience in the Southeastern, Southern, Big East, Metro Atlantic, and Mid-Eastern Athletic conferences. Throughout his career, he’s refereed over 1,330 regular-season games and nearly 80 playoff games. He also worked at the 2004 Olympic Games in Athens and the 2007 NBA All-Star Game in Las Vegas.

As with most top-paid referees, his yearly salary is around the $550,000 mark (he earns $7k per match and $29K per semifinal and final match).

James Capers has officiated more than 1,300 games throughout his NBA career. A former salesman, he refereed high school basketball for several years before getting into the NBA with Xerox.

Since then, he’s worked 135 playoff games, including 10 Finals. He also officiated the NBA All-Star Game in Los Angeles, California in 2018. What’s interesting, is that his father, James Capers Sr. was also a former NBA official. In fact, it was partly due to him that he got into refereeing in the first place.