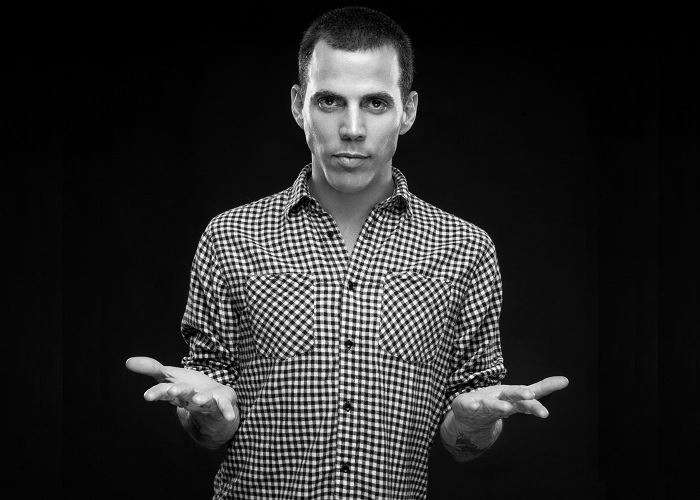 Every good crew throughout history has had a ‘quirky’ one. In boy bands it’s usually the one who isn’t that good-looking but he can really sing, in the A-Team it was Murdoch, and amongst the wild-living bunch of dangerous stunt loving pranksters called Jackass, there was one member who was the biggest Jackass of all, the enigmatic, possibly insane, and above all fun-loving Steve-O. But where has the King of the jokers, the qualified clown, ended up in 2016 after a lifetime of profitable clowning around? Read on to find out. 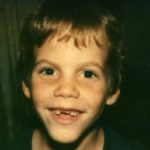 Steve-O was born in London, England on June 13th 1974 as Stephen Gilchrist Glover. His Mother Donna was Canadian and his father, Richard, was a high-flying executive for the Pepsi-Cola corporation. Richard’s job meant that Steve-O was brought up in a rich variety of environments. During his youth he lived in not only England, but also Canada, Venezuela and Brazil, as well as periods in Connecticut and Florida.

Steve-O eventually ended up at the University of Miami in 1995, but educational facilities seemed to bring out the wilder side of him, and after only one year he was kicked out for disobedience and poor grades. Another short stint at the University of New Mexico followed, but the result was the same and after only one year he was out of the school. Steve-O then decided to get the sort of education that he was really interested in, and enrolled in the Ringling Brothers Clown College in 1997. This time he had plenty of enthusiasm for his studies, and graduated from there as a fully qualified clown in 1998.

For the next two years Steve-O worked in a variety of jobs, he performed as a clown in a Flea-market circus, worked as an entertainer on cruise ships, and occasionally appeared in talent shows as ‘Steve-O The Alcoholic Gymnast’, which mainly consisted of him getting drunk and performing intoxicated gymnastics, although he noticed that the audience would eagerly chant ‘Steve-O, Steve-O’, and it became his performing name from that point on.

During that time Steve-O was also heavily into skateboarding. He sent videos of his stunts to various Skateboarding magazines, but also knew that he wasn’t an exceptional enough skater to stand out from the crowd, so Steve-O looked for an angle that would make him unique. There have been countless numbers of potential future stars throughout history who have sought a similar trademark gimmick that they can truly call their own, but Steve-O showed just how different he was, by developing and performing a ‘stunt’ where he would staple his scrotum to his leg.

With shockingly painful stunts such as that, Steve-O soon got noticed by the editor of the skateboarding magazine ‘Big Brother’, Jeff Tremaine, who was at that time looking for a group of people for a stunt based show. He had recruited an actor and stuntman called Philip Clapp Jr, known these days as Johnny Knoxville, to perform a variety of stunts for the show, such as being tazered by various self-defense gadgets, and he wanted a crew to work alongside Clapp for a new show on MTV.

Jackass premiered on MTV in April 2000. It was almost instantly a big hit amongst MTV’s young viewing base, and the anarchic Jackass crew eventually stayed at MTV for three seasons, but they were controversial times for the show, and the network. Almost inevitably there were copycats who decided that they too could act like Jackasses, but of course the Jackass crew were trained stuntmen who knew what they were doing, technically at least, and it wasn’t long before someone got badly hurt.

A teenager in New Zealand decided to douse a school friend in gasoline and set him on fire, the boy was badly burned but fortunately survived. Critics panned the show, insisting that producers who created content for young audiences had the responsibility of making sure that the content was suitable for impressionable minds. A thirteen year old from Connecticut decided to copy a stunt where Johnny Knoxville had worn a flame retardant suit and cooked steaks attached to it by laying over a grill. The boy ended up in hospital with burns to over 25% of his body, he survived but Jackass faced a new onslaught of criticism.

Senator Joe Lieberman from Connecticut became one of the shows loudest and most influential critics. He campaigned to have the show removed from the airwaves, MTV increased their restrictions on the stunts that could be performed and made the disclaimers at the start of each episode even more clear, originally the warning had been “The following show features stunts performed by professionals and/or total idiots”, but by the second series it had become far less jokey, instead it now warned viewers that stunts were performed under carefully controlled conditions by trained stuntmen. MTV producers took the stunts away from a back-yard environment and tried to make the whole thing seem a little more professional, but despite the disclaimer at the end of every episode that Jackass producers would never accept submissions from viewers, the copycat incidents continued.

Eventually Johnny Knoxville became increasingly frustrated at MTV’s insistence on removing the more dangerous stunts from the show, and even though Jackass regularly pulled in four million viewers, making it one of MTV’s most popular regular shows, the writing was on the wall for Jackass on TV.

The first Jackass movie was released in 2002, to critical acclaim, and Steve-O and fellow Jackass Chris Pontius embarked on a new spin-off show on MTV, ‘Wildboyz’, that ran for four seasons. The show involved the pair travelling to exotic locations and was similar to Jackass, in that the pair were frequently put into situations for which they were not adequately trained or prepared, but Wildboyz also had an environmental twist, often educating the viewers about the local wildlife and culture.

Steve-O and Chris’s most infamous moment came when they jumped into water just 25 feet away from a great white shark, dressed as seals, but to some people dressing as Zebras in the Sahara and wandering towards a lion den was considerably more risky. Despite the dangerous nature of the stunts, Steve-O and Chris’s love of their fellow creatures was both spell-binding and revealing, as it showed that Steve-O did care passionately about something other than hedonism and playing the fool.

In 2020, he started his own podcast titled Steve-O’s Wild Ride, which he co-hosts with Paul Brisske and Scott Randolph. That same year, he performed his second stand-up comedy special at Denver’s Gothic Theatre, where he presented stunts and stories, in addition to previously unseen footage. The special was also the first time the Jackass cast reunited since the death of Ryan Dun in 2011. The comedy special was later released on July 18, 2020, and is available for streaming on his official website.

He then played a supporting character in the comedy film Guest House, which came out in September 2020. He also appeared as a guest on AEQ Dynamite and The Eric Andre Show and made a cameo in Blink-182’s “Happy Days” music video.

Later in 2021, he made a couple of television appearances in Josh Gates Tonight and Straight Up Steve Austin.  He also participated in the week-long Jackass Shark Week TV special alongside other Jackass cast members including Chris Pontius, Knoxville, Jasper Dolphin, and Sean McInerney.

Since then, he has returned to the big screen in Jackass Forever. Released on May 20, 2022, the reality comedy film, which he co-produced, stars Steve-O alongside many of the film’s original members including Knoxville, Danger Ehren, Wee Man, Preston Lacy, and Chris Pontius. The fourth installment of the film series, it ended up grossing more than $80 million worldwide, making it a commercial success. During its filming, however, both Steve-O and Knoxville were injured on-set, which required hospitalization.

A Jackass 4.5 was later released, which included never-before-seen footage as well as behind the scenes from the Jackass crew. To promote the film, Steve-O also made a number of television appearances in Entertainment Tonight, Good Morning America, CBS Saturdaying Morning, and Late Night with Set Meyers, among other shows. He also travelled across the United States for The Bucket List Tour, which saw him telling stories and demonstrating stunts that he wasn’t allowed to do for the film.

Aside from the new Jackass film, he also appeared in several web series over the past year including What the Fudge?, Snacked, Autocomplete Interview, and Good Mythical Morning. That’s not all, he also released a new book titled A Hard Kick in the Nuts: What I’ve Learned From a Lifetime of Terrible Decisions.

For those who want to know what else Steve-O is up to, you can follow his Instagram account at @steveo. He also tweets regularly under the same username (@steveo).