What is Steve Perry Doing Now? Find Out What Happened – 2023 Update 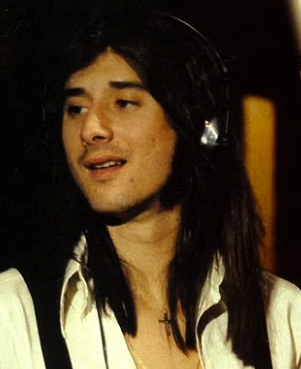 It’s Saturday night and you’ve just climbed off stage. As the adrenaline flushes from your system, you remember that you aren’t actually rock god, Steve Perry. You’re just some guy on karaoke night who sang a passable version of “Don’t Stop Believin’” to a kind and slightly drunk audience at the local dive. You certainly aren’t alone. At thousands of bars in America on any given night, one of Journey’s classic hits is wailing out from worn speakers and people are singing along as best as their intoxication level allows. On morning commutes, at dead end jobs, in food courts, at basketball games, and in the shower, people are singing along too. “Anyway You Want It,” “Faithfully,” “Separate Ways,” “Wheel in the Sky,” the list of Journey standards goes on and on. If you’ve ever wondered whatever happened to the man who gave us these timeless classics, you aren’t alone in that either.

Early Life and Rise to Prominence 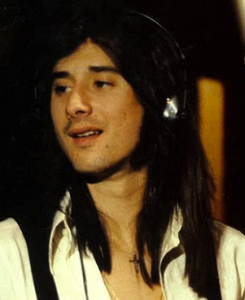 Perry’s parents encouraged his musical interests from a very young age. In college, Perry took his interest in singing public, joining the choir of the College of the Sequoias as a tenor. Perry’s first two bands were unremarkable, but his third band, Alien Project, would attract enough attention to net Perry his big break.

Formed as an all-purpose backup group for local San Francisco artists in 1973, the Golden Gate Rhythm Section was the band that would eventually become Journey. The band’s manager, Herbie Herbert, decided that they were too good to serve as a simple backing band. They needed a new name though. Their roadie, John Villaneuva, is often credited with creating the name Journey, although this fact is sometimes disputed. Journey was signed to Columbia Records. Their initial style was inspired by the progressive hard rock sound that was popular in England at the time. For their first three albums, beginning with self-titled Journey, which was released in 1975, keyboardist Gregg Rolie took up the lion’s share of vocal duties. None of these albums were hits, however, and it was clear that Rolie’s vocals were not up to par. The other band members took vocal lessons, but were unable to exceed even Rolie’s abilities. Columbia demanded a changed.

After switching their musical style to a more American sound, which was inspired by bands like Foreigner and Journey, manager Herbert turned his attention to the vocalist problem. Journey brought in Robert Fleischman. Fleischman and the band began to work on writing a new album, but they wouldn’t finish it. Personality differences brought Fleischman into conflict with Herbert and his bandmates, and the decision was quietly made to fire Fleischman before the band’s next album would be recorded. On the strength of the Alien Project demo song, “If You Need Me, Call Me,” Perry was brought in as a replacement. In a now famous anecdote, Herbert had Perry shadow the band on tour, pretending to be their roadie’s cousin while Fleischman continued to sing. After Perry felt comfortable with the material, he was given a chance to show off during sound check, and Herbert was floored. He put Perry center-stage for that very show and the legendary Journey was born.

The 1978 album Infinity exposed Perry’s skills to the public, and marked the start of his success. Perry co-wrote the soft rock ballad “Lights” with Neal Schon. The song was the perfect exhibition for Perry’s powerful, dulcet vocals. The lyrics were an ode to San Francisco and would go on to become one of that city’s sacred anthems. While “Lights” was only a minor hit at the time, another song from the album was about to put Journey on the map. “Wheel in the Sky,” the tune ironically penned by Fleischman during his brief tenure with the band, would be their first single to chart on the Hot 100. Infinity reached position 21 on the U.S. Billboard 200 charts and fared nearly as well in Canada.

Journey’s career took off like a rocket over the following albums. 1979’s album Evolution let them break into the Billboard Hot 100 top 20, while a song on 1980’s Departure, “Any Way You Want It,” busted into the top 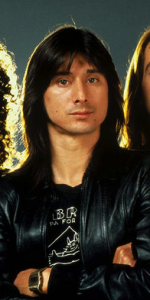 twenty-five of the Hot 200. Departure had a harsher, edgier vibe to it than its predecessors. This has been attributed to the band performing the songs live in studio, rather than laying down one instrumental track at a time, as is often more typical. The album was at one point ranked 8th in the nation in sales. Journey was now a major event, selling out arenas worldwide.

Their biggest-selling album of all time, Escape, would appear in 1981. Containing the smash-hit, “Don’t Stop Believin’,” Escape was the band’s first number one selling album. Today, Escape ranks as one of the greatest-selling studio albums of all time, having been certified platinum nine times over, with more than twelve million copies sold. Their next album, Frontiers, was nearly as successful, spawning the hits “Faithfully,” and “Separate Ways (Worlds Apart).”

Success was a double-edged sword for the band, however. The band’s hit albums attracted criticism that they had sold out and betrayed their San Francisco origins. Perry and his bandmates also clashed over Perry’s popularity. He was asked to perform guest vocals on dozens of albums for other musicians. The band took a sabbatical. During his time off from Journey, Perry recorded and released a solo album, entitled Street Talk, which sold over 2 million copies. “Oh, Sherrie” and “Foolish Heart” each landed high on singles charts. The sabbatical was not without its costs, however. Two more band members were fired from Journey as the band attempted to reunite due to newfound musical differences.

The final album of Journey’s successful period, Raised on Radio, was recorded in 1986. The album was a multiplatinum success. Midway through a promotional tour for the album, however, something changed. Still sick with grief over the death of his mother and frustrated for the conflicts her illness caused during the recording of Raised on Radio, Steve Perry decided that the Journey was over.

For almost ten years after Steve Perry’s departure, Journey did not exist, and, unfortunately for Perry, his attempt at a second solo album was an abysmal failure. Against the Wall was never completed, although some of the songs would later be released on a compilation. Perry worked with several other artists on collaborations, but none of them bloomed into major projects. Perry bowed out of the music industry for seven years, until he returned to the studio to record For the Love of Strange Medicine in 1994. While nowhere near as successful as Journey at its pinnacle, the album sold over half a million copies, and was certified gold. Two years later, Journey would reunite for the hugely successful album Trial By Fire, but the band would not survive the trial. Owing to Perry’s refusal to address his growing medical problems before the tour, primarily a broken hip, the band could not tour the album and keep the flame alive.

Even as Journey struggled mightily to survive, Steve Perry would never make a real return to music. Journey made several attempts to replace Perry over the subsequent ten years, hiring and firing at least three singers before finally finding Filipino vocalist Arnel Pineda in 2007, a man with the uncanny ability to almost perfectly emulate Steve Perry’s voice. Pineda’s discovery revived Journey, but Perry had long since moved on from the band. In the intermittent time, Perry had recorded several solo tracks, but found no major successes. 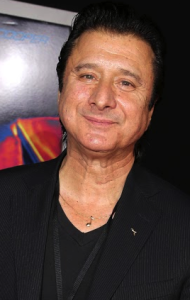 Plagued by medical problems and comfortable from royalties, Perry had little desire to return to music fulltime. Yet in 2010, Perry revealed that he had several dozen solo songs saved up, unrecorded. He stated that there might be a new album on the horizon, yet a subsequent struggle with skin cancer, followed shortly by the death of a lover kept those rumors from materializing into reality.

Steve Perry’s legend lives on, even as he has mostly hidden himself from the world. The reclusive Perry comes out of hiding only to root for the home team at San Francisco Giants baseball games. He once even performed “Don’t Stop Believin’” for the stunned stadium during a game in 2014. Other than that, he keeps a very low profile anymore. Recalling the lyrics from his first songwriting success, “Lights,” it is nice to know that Steve Perry is still out there in his city by the bay.

In November 2021, Perry released his first holiday album, The Season, through Fantasy Records. It consisted of eight tracks including “The Christmas Song”, “I’ll Be Home For Christmas”, “Santa Claus Is Coming to Town”, “Silver Bells”, “What Are You Doing New Year’s Eve”, “Auld Lang Syne”, and “Winter Wonderland.”, and “Have Yourself a Merry Little Christmas.”

And it was released as several different colored vinyls, all of which were available for a limited period of time. For example, there was a red-colored vinyl that was only available at Target- some even came with a signed Christmas card. That’s not all, there was also an opaque blue version that’s exclusive to Walmart and a green version that you could get from his online store.

Prior to that, he released a mini holiday EP titled, Silver Bells, in 2019. That same year, he released a deluxe version of Traces– his third solo album- which included five additional tracks as well as a music video for “We’re Still Here.”

He also provided backing vocals for Levara’s “Chameleon, “Can’t Get Over”, Automatic”, as well as Mindi Abair’s “Where There’s a Woman There’s a Way”, “What About Love?”, “Fine Wine and Vinyl”, and “Save It With Love.”

Not only that, but he also recorded a new remix of “Separate Ways”, which was used in the trailer for the fourth season of Stranger Things. Speaking of television, he has also appeared in various talk shows over the past few years including CBS News Sunday Morning, The Big Interview with Dan Rather, Breakfast, and Good Morning America.

Last year, he also auctioned off his personal 1979 Mercedes 450 SL- the same car that he drove to his writing, recording, and rehearsal sessions- as well as a custom-made touring tuxedo tails jacket that he wore during concert performances. All proceeds went toward the Junior Giants programs, which provide free softball and baseball programs for children between the ages of 5 and 18.

For those who’d like more updates, consider following Steve Perry on social media. He has a Facebook page (@steveperrymusic) as well as an Instagram account (@steveperrymusic), both of which are updated frequently. He also tweets regularly under the same handle @steveperrymusic.