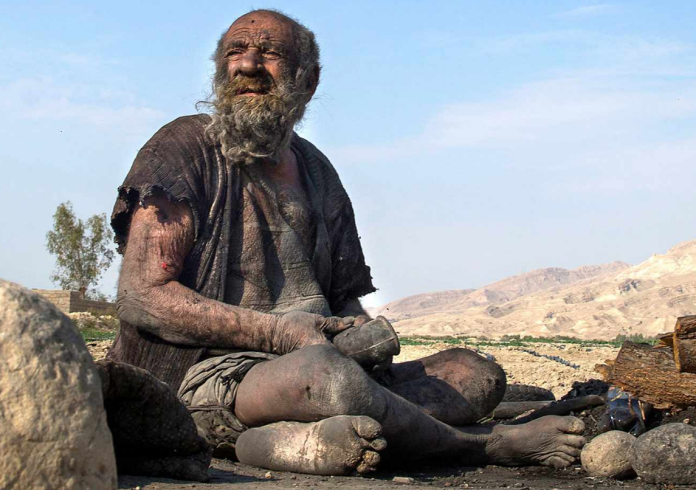 Amou Haji, “the world’s dirtiest man”, refused to bathe for more than half a century, fearing that soap and water would make him sick. The Iran native, who lived in the province of Fars, had avoided numerous attempts by neighbors to get him clean.

According to local media, however, he finally succumbed to pressure and took a bath a few months ago. Shortly afterward, he became ill. He eventually passed away on Sunday.

Back in 2014, he had given an interview where he revealed that his favorite food was porcupine and that he lived between a brick shack and a hole in the ground, which was built by concerned villagers. He also revealed that his unusual life choices were due to emotional setbacks, which he had experienced as a youngster.

As a result of not bathing for decades, his skin was covered in pus and soot. His diet was also concerning, to say the least; it consisted of rotten meat and water from an old oil can. To make matters worse, he was also a smoker and was known for smoking several cigarettes at once.

Despite his neighbors’ good intentions, any attempt to bathe or offer him clean water and food made him sad.

However, whether or not he holds the world record for having gone the longest without bathing is up for debate. Back in 2009, it was said that an Indian man had not bathed or brushed his teeth for over three decades at the time. What happened to the man, however, was never made clear.