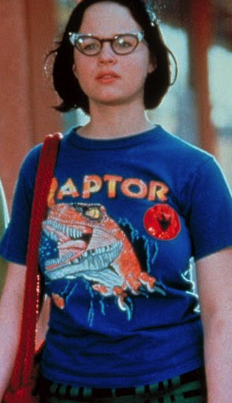 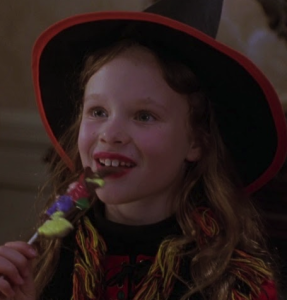 In the year 2000, few budding careers seemed more promising than that of Thora Birch, the starlet who dazzled audiences as Kevin Spacey’s depressive, troubled daughter in the 1999’s modern masterpiece, American Beauty. After the film virtually swept the 72nd Academy Awards, the future could not have seemed brighter for the cast of American Beauty, which is now regularly placed on all-time greatest films lists. The cast would mostly go on to great things, with Kevin Spacey starring in a series of major films and the Netflix original series, House of Cards; director Sam Mendes would go on to direct Road to Perdition and the newest James Bond films; writer Alan Ball would create and write for the critically acclaimed television shows Six Feet Under and True Blood. Thora Birch, however, would play the lead in another lauded drama, Ghost World, and then mostly disappear from the Hollywood spotlight. The story of why Thora Birch’s career never took off is somewhat unsurprising, and yet still quite tragic.

Thora Birch began acting as a young child, starting with parts in food commercials and a role on the television series Day by Day, a Family Ties spinoff about a couple that opens a day care in their home. Her parents, former pornographic actors, served as her managers, and they managed to net her several other large roles around this time. Most notably, she appeared in the family film Purple People Eater as the sister to star Neil Patrick Harris, who starts a rock band with an alien in order to save an elderly couple. The film won Birch her first Young Artist award, an award which she would go on to win three more times in coming years. She also worked with Harrison Ford in two films, Patriot Games and Clear and Present Danger, and she had a starring role in Disney’s Halloween classic Hocus Pocus, working with Bette Midler and Sarah Jessica Parker. The young actress was off to a very promising start.

After several more minor film roles and a few TV guest spots, Birch would get her big break in American Beauty. The Academy Winner for Best Picture in 1999, American Beauty was a film that defied easy 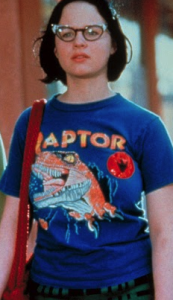 description or interpretation. The story was nominally about Lester Burnham, a “loser” of a family patriarch who decides to quit his job, get in shape, and start living life for himself again, while his daughter Jane, played Birch, experiences a series of coming-of-age moments as she discovers love with an unusual neighborhood boy. The film also contained intertwining plot-lines involving Lester’s adulterous wife, the neighbor boy’s troubled family life, and Jane’s insecure best friend, with whom Lester is secretly in love. The movie is in turns beautiful and disturbing, exploring themes of suburban monotony and decay, repetition, redemption, conformity, sexual truth, and secret violence. Audiences and critics both responded well to the unsettling, shimmering vision of tragedy and hope presented by American Beauty. The relatively small $15 million dollar budget ballooned into a box office gross of nearly half a billion dollars, and the movie received nearly universal acclaim from film critics. Birch’s role in the film was mostly praised, but experienced minor controversy for a topless scene when Birch was under 18, filmed with her parent’s permission. Birch would play a similar character while taking a more central role in 2001’s Ghost World. Appearing with Scarlett Johansson as two high school girls who struggle to fit in with people their own age, Birch’s performance in Ghost World was even more strongly acclaimed.

Birch’s following films marked her spiral out of the limelight. She appeared in a straight-to-video film, The Hole, a made-for-TV movie, Homeless to Harvard, and several horror films, Dark Corners, Train, and Deadline. Several factors influenced her fall from grace, but the short version seems to be sad and simple. Like many former child stars before her, Thora Birch grew up with an unhealthy relationship to the cruel machine of Hollywood and wasn’t able to transition into a billable professional adult actor. For one thing, her parents’ management seems to have not helped her career, with their overbearing nature often clashing with directors’ visions for Birch’s characters. For example, Birch was fired from an off-Broadway performance when her father threatened one of her costars. Additionally though, Birch herself is famously mouthy and allegedly difficult to work with. When she was 14, she was fired from the film Election, after refusing to read the script as written. Interviews with Birch about her career are frequently dotted with obscenities, sudden changes in tone, and claims that people are out to get her. We may never know everything that happened, but what is clear is that Birch developed a bad reputation in Hollywood that made it increasingly difficult for her to find fulfilling roles. 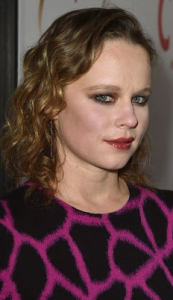 Two moments in Birch’s film career are perhaps most telling as to what ultimately became of the once promising star. First, it is sadly true that Birch’s most successful role in her more recent career was playing a troubled woman suffering from split personalities in the film Dark Corners. Birch was called convincing and natural in this role, perhaps because of the psychological challenges that the actress herself has endured. Second, towards the end of her acclaimed film Ghost World, the two main characters paths diverge. Scarlett Johansson, who has found major sustained success in Hollywood, plays a character in Ghostworld that begins to conform, discovering teenage boys and clothes and summer jobs, while Birch’s oddball character Enid continues to buck the norm and suffers for it. Unable to find love, friendship, or a purpose, Enid eventually decides to run away, ending the film. This seems to mirror Birch’s own struggles to find her place in the world of Hollywood, including her slow vanishing act from the silver screen. Significantly, two of the other former child stars with which she worked, Brittany Murphy and Brad Renfro, had similar difficulties dealing with the Hollywood lifestyle and both later lost their lives to the machine. Birch has commented that things could be worse for her. In 2012, she produced and started in her own film, Petunia. The film struggled to find mass distribution and was not well received.