Ouch! Getting cuts and scrapes are a frequent, and painful, part of everyday life. These tiny injuries can get infected if they aren’t cleaned and bandaged properly. For some, washing an open wound and slapping on a bandage is enough treatment. However, soapy water can’t kill all the infection causing bacteria. For this job, most turn to Neosporin, a topical antibiotic used to disinfect small injuries. The name has become ubiquitous with treating cuts, but many are hesitant to use it. Allergic reactions make injuries worse, and overuse of Neosporin helps speed up antibiotic resistance.

Thankfully, there are several alternatives to Neosporin people can use. These natural solutions are promising, but it is important to remember that they do not have the same medical research supporting their effectiveness. Any attempt at self-treatment should be done so carefully, and doctors should be called for all concerns or questions. Natural products can be dangerous if used incorrectly, so seek medical attention at the first sign of a negative reaction.

Ancient Egyptians were the first to use honey on their injuries. This golden food has anti-bacterial and -microbial properties that sterilize and protect open wounds. A chemical reaction in honey produces small amounts of hydrogen peroxide, a common disinfectant. This kills any invading bacteria and keeps honey from spoiling. Its thick consistency also helps keep out dirt, dust and other large particles. 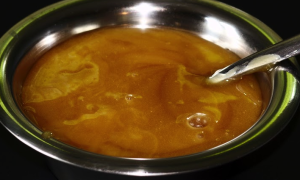 Regular, store bought honey should not be used for dressing wounds. Specific types of honey, such as Manuka honey from New Zealand, are made for medical purposes. The high-fructose corn syrup found in most honeys can actually cause more infections. Rub the honey evenly until it covers the entire wound dressing, then wrap it tightly. The wound should not only stay infection free, but also heal faster than regular wounds. NEVER use honey on infants younger than one. The risk of botulism is almost non-existent for children and adults, but babies’ weaker immune systems put them at risk for death.

Tea tree oil is another ancient treatment, popular with the indigenous peoples of Australia. This oil has antiseptic, -fungal and -bacterial effects when applied to wounds. Enzymes in the oil affects the structural integrity of bacteria, causing them to collapse during cell division. This trait makes it appealing to scientists trying to kill antibiotic resistant bugs. While there is much testing to be done before it can treat antibiotic resistant strains of anything, this oil should do fine for ordinary cuts.

Tea tree oil should only be applied topically while in a diluted form. Eating or putting high concentrations of it on skin can be toxic, and pets are especially sensitive to this oil.

Lavender oil is another promising treatment for smaller injuries. Numerous studies have studied its effectiveness for use as a disinfectant. Results have been varied, but all find that it has strong antiseptic properties. Like tea tree oil, it needs to be diluted in a base oil before use, and should only be used topically.

This last alternative is the most difficult to use properly: garlic. The chemical that gives the seasoning its trademark pungent taste, known as allicin, is also a natural infection fighter. This has lead many to use it to treat infections by eating it raw or applying it topically. Eating it has shown to be useless, as stomach acids dissolve the allicin before it can be useful. However, research is optimistic about its use for disinfecting the skin. It is a smelly treatment, however, so patients should keep that in mind before trying it out. The odor might end up keeping a lot more than infections away.