What Happened to ‘Dakota Fred’ Hurt from Gold Rush? See What He is Up to Now in 2018 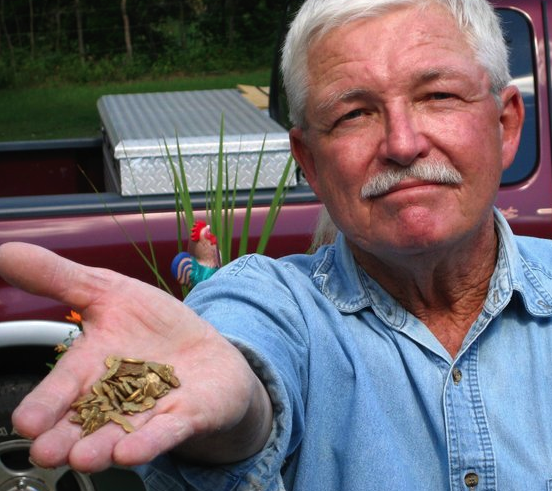 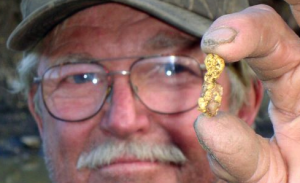 Dakota Fred Hurt is an experienced miner who grew up in Minot, North Dakota. He is a gold miner who owns his own mining company, and he goes around the world looking for the best places to strike it rich.  He collaborated with a group, The Hoffmans, during the first season of the popular reality show Gold Rush which airs on Discovery Channel. The show is how many people got to know Dakota Fred, as the show has been a huge success. The show was the most watched program on TV for men aged between 18 and 35, and it continued that trend well into its second season. During the show, Dakota Fred started to become a nuisance, and the other mining groups started to consider him a rival. He was selfish and power hungry, and he it seemed as if he only wanted to mine gold so that he could order people around more and have complete control. Some consider him very manipulative. He was the man everyone who watches Gold Rush loves to hate. All of a sudden, he disappeared from the TV show. After being a major, main character in Gold Rush, you may be wondering, “What in the world happened to Dakota Fred Hurt?” He hasn’t appeared in the latest season. Where is he now? What is the gold miner up to now?

After the first season, Hurt made plans to go to Porcupine Creek, mine it alone, and not inform the other groups. When the next season started, Dakota Fred purchased all of Porcupine Creek, and he told the Hoffman group that they had to leave.

Then in the following season, he started a new crew with his son Dustin and other members, and he named the group “Dakota Boys”.

Just before the next season, everything changed. Dakota and his crew left the show, and they made plans to start their own TV show, All That Glitters. The reasoning behind his leaving was unknown. After a lot of confusion, Dakota Fred broke the silence on his Facebook page, where he explained his decision to leave the show. His response was puzzling.

He said that he and his crew were not going to be on the show, Gold Rush, for the new season. He went on to claim that he “wasn’t rich” and that he didn’t make much money from the show. Then Dakota Fred threw some hits at Discovery, saying that he is a miner, and he is willing to be one for the show, however, if they want him to be an actor, they need to give him the amount of money an actor would get paid.

This didn’t make much sense to the general public, and fans of the show. How can you be on one of the most 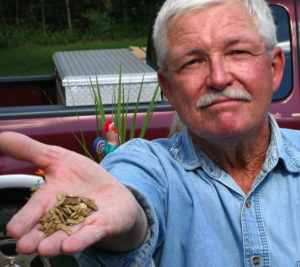 successful shows on one of the most successful channels on television, yet not make enough money? He calls himself “not rich” and “a working class guy”. A commenter brought up that he thought that all of the miners that participated in the show each made $22,000. Per episode! He claimed that an anonymous cast member told him and confirmed this figure personally. He then went on to ask Dakota Fred why he was leaving and complaining, and if that much money wasn’t enough, how much more did he need?

Dakota Fred was portrayed in the show as the bad guy. He was the miner who would stop at absolutely nothing to get his way, the villain, and even after he had left the show, this reputation had carried over. He responded to this allegation by saying that other crews in the show may have gotten paid that amount, however at least five members of his own crew were paid absolutely nothing. All they got from their involvement with the show was the gold they mined. He said he himself was poorly paid, calling his compensation “a joke that was less than a third of the others”. He said that he was entertaining a huge amount of people with his own money and resources, and he was unhappy that Discovery Channel was the one who was making all the money.

He went on to say that Discovery spent most of its money on the jungle fiasco, and barely any on his crew. The Jungle Fiasco was when the Hoffman crew traveled south to find gold, and ended up traveling below the equator to Guyana, South America to mine for the gold and also minuscule diamonds that are worth large amounts of money.

So now the question still remains. Where is Dakota Fred Hurt now? The answer is, exactly what he has been doing the whole time. He is still mining with his crew; however the cameras filming him don’t belong to Discovery. He and his crew are starting a new show, called All That Glitters. When the announcement of Dakota Fred’s new show became official, he said “It was time for me to venture off into something more realistic.”

Discovery hasn’t talked about bringing in a new crew to replaces Dakota Fred’s in Gold Rush. It seems for now they will continue focusing on Parker Schnabel and the Hoffmans. However, for as much as Dakota Fred gets criticized for his reckless pursuit of gold, he does have one thing going for him. Success. Unlike the other groups in the show, Dakota Fred’s crew constantly found and mined gold. The other groups had a lot of misses, and some fans commenting wishing Dakota Fred a farewell brought up the point that with him out of the show, there was no longer a member or crew who had legitimacy. 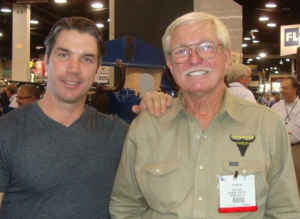 The new show, All That Glitters, will feature Dakota Fred and his crew mining for gold in Haines, Alaska. It will be directed by Kirk Roos. Many stories and plot elements from Gold Rush were left unsolved, and the new show will attempt to fill in some of those gaps in the storyline, including the one where Dakota Fred had an obsession with crossing a waterfall to find hidden gold and the Dalton/Klondike trail.

The show gives Dakota Fred’s crew a chance to search for gold with a fresh perspective. Fans will finally be able to see the real Dakota Fred Hurt. All That Glitters will show how he and his crew battle the harsh natural elements of northern Alaska, and how they are able to afford their adventures, as they are huge financial risks.

Dakota Fred is 71 years old, and the fact that he is out there with his crew, fighting the elements, shows how he is a man of perseverance, and survival. The new show isn’t just about gold mining; it’s also about the struggle of man. It’s about just how far the idea that you are within miles of striking gold, figuratively and literally, will take someone.

The new show could cost more to film than the crew will make. It’s a huge gamble, but it’s one Dakota Fred is willing to take.

While it seemed like Dakota Fred Hurt disappeared, it turns out we are about to see him in greater detail than we ever have. After being let go from a dispute with Discovery when he and his crew asked for a pay raise, he has left and decided to make a new show on his own terms, All That Glitters. The show is very promising, and speaking of promises, Dakota Fred guarantees that this show will be more “true to life”. For all the fans out there who were wondering about whatever happened to Dakota Fred Hurt, your answer is that he and his crew are starting a new and improved show to shed light on their adventures in the gold mining business.