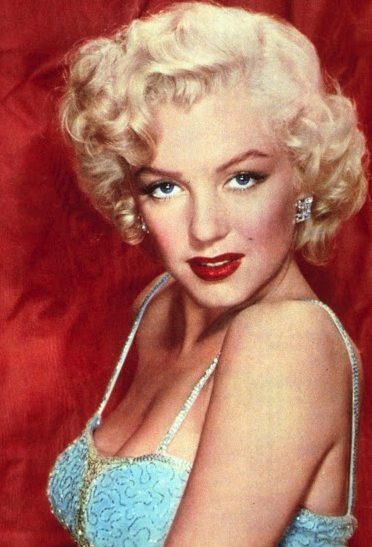 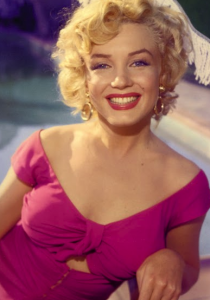 Back in the day, Marilyn Monroe was an extremely famous actress and socialite, much like Paris Hilton, but from an older era, to an even larger scale. She was the biggest name in Hollywood, having a star role in numerous critically and commercially successful films throughout the 1950s and the early 1960s. She had a very difficult childhood, living in foster homes and constantly moving. Her mother had psychological problems, and her father was nowhere to be seen. She was able to overcome her past, however, and become one of the most iconic and recognizable women in history. She became a sex symbol, and a relatable, vulnerable person for the world to adore.

She was married at a young age, but when her new husband went overseas for the United States Navy, she was offered a modeling gig and started to pursue a career in acting. When her husband got back, he asked her to choose between marriage and acting, and shortly after the couple divorced. She then changed her name to Marilyn Monroe (she was born as Norma Jean Mortensen), dyed her hair blonde, and became a movie star. She was hooked up with Joe DiMaggio, the New York Yankee great, for a dinner date, and the two fell in love. She was the ideal Hollywood celebrity. She was young, beautiful, and married to a famous athlete. But she had a rough past and was relatable to the general public. Everyone wanted to be like her, and teenage girls around the world dyed their hair blonde and tried to be like her. To this day, Marilyn Monroe is still someone who is looked up to. She was the ideal celebrity, but unfortunately her life didn’t end the way most would have expected.

With her enchanting voice and perfect body, Monroe became a star who everyone wanted to be, even though 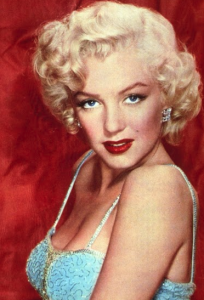 she personally had self-esteem issues. She had a serious mental condition where she would get anxiety attacks before appearing on set. This would cause her to show up late a lot, which made the casts and directors of the movies she was in angry and confused, but it also became one of her trademarks. Monroe would star in many films, but she was commonly displayed as a dumb blonde, which she didn’t like.

Monroe moved to New York City to escape the usual roles thrown at her and also to study the art of acting more. She acted in many more movies in different roles than she had before, gaining more critical success than she ever had.

What happened to Marilyn Monroe? At the young age of 36, she died of a drug overdose. Police broke into her home after family and friends had been unable to contact her for days. They found a bottle of sleeping pills next to her still body, empty. Her death had become an interesting study. It is unknown if her death was intentional, by herself or someone else, or accidental. Michael Jackson, the iconic singer and dancer, died in a similar fashion. Both died of drug overdose, but no one knows why.

Some say that she was murdered. At the time, she was close with President of the United States John F. Kennedy as well as his brother Bobby Kennedy, and many think that her relationship with them made her a target, and someone poisoned her pills. Others suggest that she committed suicide, and that while on the outside she was a fun loving, wild, and happy young girl, she was still haunted by her past on the inside and had demons no one knew about. There are other theories that suggest that she accidentally took too many sleeping pills, and simply died accidentally. Some conspiracy theories are really out there, saying that the CIA or Mafia had a hand in the murder. Most likely, however, the high life of being a celebrity, her publicly stated anxiety and self-esteem problems, and her past demons took a hold of her, and when she was unable to escape from these; she took her own life in a painless, fast way. 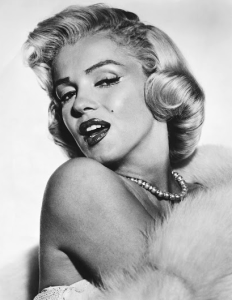 After her death, she was lowered into a casket (which was a Cadillac casket, one of the most expensive caskets one could possibly buy, but it was fitting for such a revolutionary and iconic star) and buried, while wearing a dress she often said was her favorite. The funeral was small, as only friends and family were there. But the whole world was in shock. Their beloved actress, Mrs. Hollywood, the most relatable yet vulnerable celebrity there was, was no more. However, one could argue that she still did exist, as she continued to live on as inspiration for the next wave of actresses and Hollywood stars, and all the movies she played a part in continue to be re-mastered and watched to this very day. Her former husband, Joe DiMaggio, would go to her grave with red roses for the next twenty years following her death, and it goes to show just how impactful she was as a person.

Monroe’s films made over $200 million dollars, and her impact still looms largely over cinema. Even to this very day, Monroe is considered to be the world’s most popular symbol of beauty and sex. She is remembered for her conniving nature and wittiness. Popular celebrities Madonna, Gwen Stefani, and Lady Gaga all model their looks and personality off of Monroe, and they try to replicate her charm. Many books and films have been created based on her life, as well as countless documentaries on her life and mysterious death. The world hasn’t been the same since she died, as the sad event shook it to its core; however she has inspired a whole new generation and will continue to. Marilyn Monroe was everything cinema wanted, and then some. Her charming, carefree personality was a great one that surely won’t be forgotten for as long as civilization stands.