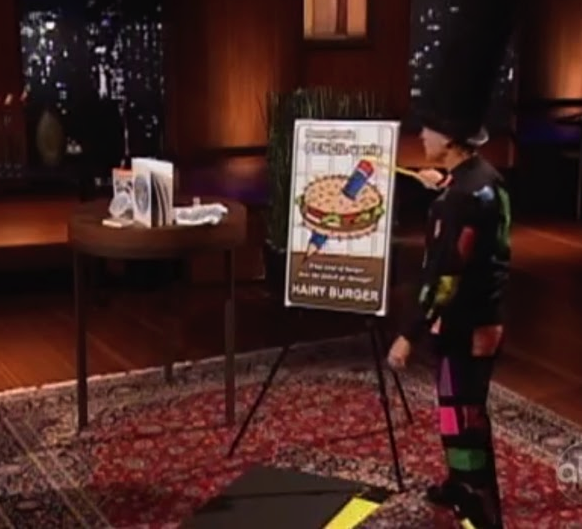 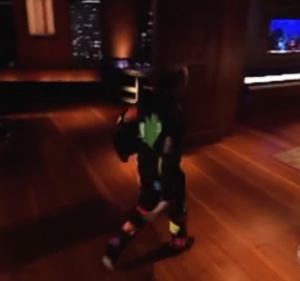 Motivational author Ken Bradford, from the Dallas/Forth Worth Area in Texas, believes in helping people out by speaking to them in a calm way, and really listening to them. He is the CEO of his own company, called Ken Bradford LLC. Ken states that he is able to be the instructor that makes the different. He has been a motivational speaker for years, and believes that he can speak to someone from his own personal examples, challenge that person and motivate him or her into things beyond what they thought possible.

Before Ken Bradford went on Shark Tank, he spend all of his time helping adults with their problems, motivate them, stimulate them and helping them learn and self-discover. Ken Bradford is also the author of the best-selling book called Fearless & Persuasive Speaking, which is basically a guide for people to help them feel better about their selves and bring out the motivation and the “leaders” out of themselves.

Ken Bradford states that he thought about creating an educational card game for children, in order to help them and motivate them into learning as well. Due to the fact that he saw he was having success with adults, he wanted to try out his motivational skills with kids, but he needs an investment from the Sharks, in order to succeed with his card game idea.

“Ken Bradford walks confidently, wearing a weird suit with different States drawn on it and a tall hat, and stands in front of the Sharks” 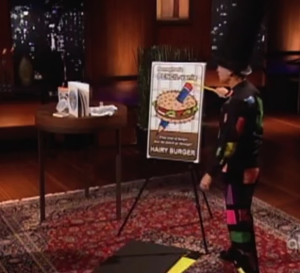 children about all the States and their Capitals, and why his product will make these cards obsolete.

Ken Bradford continues by showing one of his own flashcards, which has the state Pennsylvania on it. The keyword on the flashcard is PENCIL-vania, and has a drawing of a hairy burger with a pencil through it. The question on the flashcard is; what kind of burger does the pencil go through, and the answer is Hairy Burger. The actual Capital of Pennsylvania is Harrisburg, and by using the flashcards that Ken designed, children will have an easier time to learn the Capitals, and have fun at the same time.

Ken Bradford continues with his presentation, and shows the Sharks the next flashcard, which has the state Arkansas on it. The keyword on the flashcard is ar-CAN SAW and has a drawing of a can, being sawed in half, and a little rock falling out of it. He states that the Capital of Arkansas is Little Rock, and this way, it will be easier for children to remember that. The next flashcard has the state California on it, with the keyword COW-ifornia. The drawing is of a cow, who steps on a sack of mints. So by playing on words, children will be able to learn that the Capital of California is Sacramento.

“Robert Herjavec sarcastically puts his hand up, and says that the Capital of California is called Sacramento, as if he is being a child”

Ken Bradford says that Robert is right, and that he has fifty different flashcards designed and ready to be produced and shipped.

Ken Bradford answers the question by saying that he has sold one set, and that he has had the product since five weeks.

Kevin O’Leary states that Ken’s business is not worth anything right now, and won’t be worth anything until it gets into about thirty schools. For that reason, he says that he does not see an opportunity to make a lot of money and states that he is out.

Barbara Corcoran states that she thinks that children will be able to learn the Capitals of the States easier by using Ken’s flashcards, and she thinks that it is an adorable idea but she does not think that it is anything that will make a lot of money, so she is out as well.

Kevin Harrington says that the 50 State Capitals in 50 Minutes is too much of a risk for him, which he is not willing to take. He says that he is out as well.

Robert Herjavec shows a couple of drawings he has made, to mimic Ken’s product, and says that he does not want to invest in his company, and he is out.

“The Sharks are smiling while Ken Bradford is leaving, after which Kevin Harrington states that he is surprised that Ken asked for a hundred and fifty five thousand dollars”

Ken Bradford really thought that he designed and created the next big educational card game, but he was mistaking. In five weeks, he only sold one set of his cards, and he had the courage to ask the Sharks for a hundred and fifty five thousand dollars, for a fifteen percent stake in his company. It does seem like Ken 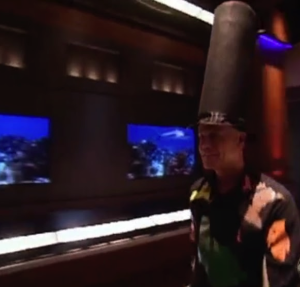 spend some time on designing the cards and coming up with good keywords, in order to help children when they are learning the Capitals of all the States. There are no products that bring a profit to 50 State Capitals in 50 Minutes. Even though there is no mention of Ken’s products being the best or the worst, it feels like the Sharks think it is a ridiculous idea, and they would never invest any money into it, let alone a hefty sum of a hundred and fifty five thousand dollars.

At this moment, it does not seem like Ken Bradford has his own website, where you could purchase 50 State Capitals in 50 Minutes. However, you can purchase his flashcard educational card game on Amazon, for a price of $14,95. There are a total of three customer reviews on Amazon, and one of them states that it is a dumb idea, and his children don’t like it. The other two state that they think the idea is clever, and they make learning the Capitals very easy and entertaining.

50 State Capitals in 50 Minutes basically failed as an idea an as a business. Ken Bradford obviously needed the investment in order to bring his flashcard educational card game to many homes and schools in the USA. Unfortunately, he was not able to secure an investment from the Sharks, and you can see that he has not really continued with his product, due to the fact that it is very difficult to find any information about it. The product does not have its own website, and the only website you can order a set from is Amazon.