Budsies Update – Where Are They Now? Find Out What Happened After Shark Tank 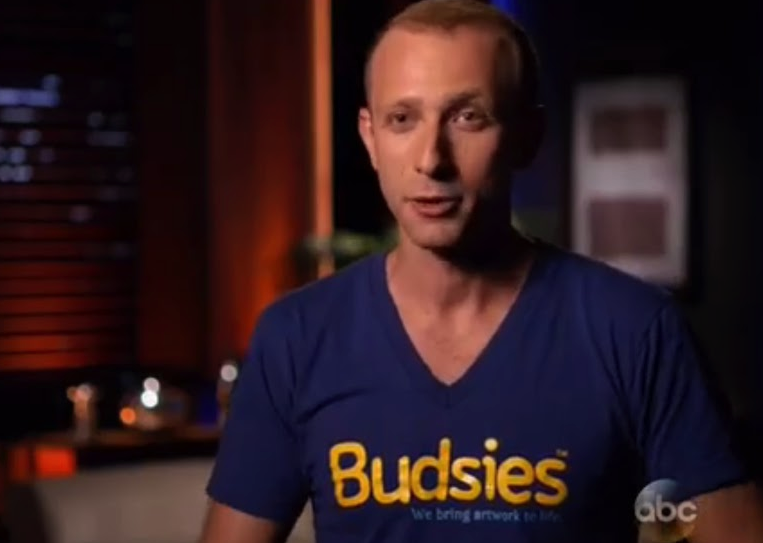 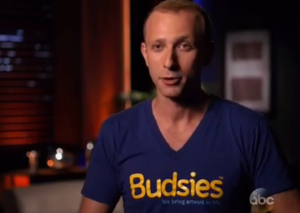 Alex Furmansky, the inventor of Budsies among other things, graduated from the University of Pennsylvania’s School of Engineering and the Wharton School of Business. He started the Budsies Company back in August 2013, when he was living in South Florida. Alex Furmansky came up with the idea for Budsies when he saw his little sister drawing a lot, but the drawings got forgotten very quickly. At the same time, he noticed that his little sister enjoyed playing with her stuffed animals, to which he wanted to bring both the creative drawings and the stuffed animals together, thus he created Budsies. The idea behind Budsies is to immortalize children’s artwork, by turning them into stuffed animals. Children can upload their images onto the Budsies website, after which Alex Furmansky and his team will stich and sew a custom made stuffed animal.

Alex Furmansky is not new to starting up companies or working for other companies. He has another company called Sparkology, which is a dating site for young professionals. He has also worked for OpenPeak, selling consumer technology. Everycore FinTech M&A, UBS and Lockheed Martin are other companies he has worked for and he has also consulted at startup companies, that needed his help at the time.

Alex Furmansky starts by introducing himself, telling the Sharks where he is from and that he is asking for 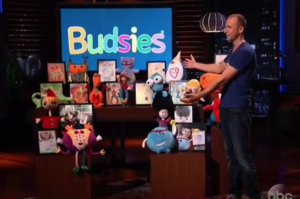 one hundred thousand dollars for a five percent stake in his company. He continues his presentation by saying that children have amazing minds. Their imagination inspires them to create the most amazing and fantastic artwork. Rather than to see the artwork going on a fridge, or in a box somewhere up the attic or in the basement, they can be treasured. Alex Furmansky asks the Sharks to imagine that he himself and his team can magically transform their children’s artwork, into something real, something huggable. Alex Furmansky states that now they can, with his company called Budsies.

“Alex Furmansky reveals his stuffed animals to the Sharks”

He continues his presentation by saying that Budsies brings children’s artwork to life. He states that kids love their Budsies more than any other toy because they themselves are the ones that designed it. They are the only child in the world with that particular Budsies. Alex Furmansky mentions that they have made anything from Orange Dinosaurs to Cowgirls to ones that he cannot really figure out a name for. In this world where kids are glued to their phones and their tablets, Alex is proud to present a product that brings together imagination and real world play. Alex Furmansky asks the Sharks for help, in order to be able to bring the magic of Budsies to millions of children around the world.

“Alex Furmansky thanks the Sharks and gives them all a Budsies, to show them how they turned a picture into a stuffed animal”

“Daymond John asks Alex if the kids draw the pictures, and if he creates the Budsies”

Alex Furmansky answers the question by stating that he absolutely creates the stuffed animals himself. He states that the parents simply take a picture of their children’s drawings and text that to Budsies. Afterwards, their software automatically extracts the images and binds them to their orders. Budsies has their own designer, who looks at the artwork and approves each of them, when they come in. After the designer approves it, the order gets send to a factory in China.

Alex Furmansky answers the question by saying that each of the stuffed animals cost sixty nine dollars in retail, and they cost them about thirty five dollars to make.

Alex Furmansky answers the question by saying that it currently takes about four weeks to create one of the Budsies, and he is aiming to bring that down to two weeks.

“Kevin O’Leary makes a joke, saying that the kids will be all grown up and gone to college, before any of the Budsies even arrives”

“Kevin O’Leary states that Alex Furmansky thinks his company is worth two million dollars today, and how he would make money, if he would invest in Budsies”

Alex Furmansky answers Kevin’s question by saying that he has seen that he could sell two thousand Budsies in only seven months, and that he knows that they can get up to six thousand sales in the holiday season. He also states that he knows that next year, they will be able to sell twenty eight thousand units, which is over two million dollars of revenue.

Alex Furmansky states that he can see themselves becoming the worldwide leader of on-demand custom plush anything. He gives examples of selling mascots, emblems and logos to corporate businesses.

Mark Cuban states that there are already a lot of companies that do that. He states that Alex Furmansky has not talked about how he is going to automate his business ideas, and that he hasn’t talked about doing something so differentiated, that he preempts other people from competing against him.  Mark states that, if Alex came into the studio and talked about 3D printing, he would have been interested. Mark states that Budsies is not the go-to company for creating custom plush items, and he says that he is out.

Kevin O’Leary states that the problem he is having is that plush toys are a multi-billion global business, and the price point is extremely low. He says that he could find plush toys for way cheaper, compared to the Budsies. He says that he would not make enough money, because he won’t be able to scale it, and that Alex Furmansky has not answered the most important question of how the Sharks are going to make money. Kevin O’Leary states that everything else does not matter and that nobody cares about custom plush toys. He also states that Alex is never going to be able to solve the volume issue, and that people that make money in plush, make millions of units, for a very low cost.

“Kevin O’Leary states that he is going to make an offer, and that Alex Furmansky is very lucky that he met a guy like him.”

Kevin O’Leary makes an offer of one hundred thousand dollars, for a fifty percent stake in Budsies. He says that he will never sell any Budsies for sixty nine dollars anymore, and the minimum price will be set at two hundred forty nine dollars, because that is the only reason that Alex will be able to pay Kevin back.

Alex Furmansky states that not only children’s artwork gets send in, but also pets are a huge market. Alex brings out a dog and a chicken stuffed animal, which people have send in for him to create. He also has custom dolls made of each of the Sharks, which he gives to them.

Daymond John states that Alex is asking for an unrealistic offer, which makes him believe that in all aspects of the business, Alex is crazy. Daymond states that the valuation of his company is not at two million dollars. He says that he will also make an offer of one hundred thousand dollars, for a forty percent stake in Budsies.

Robert Herjavec states that he had hoped to hear about Alex’s plans for the future, and how he will make it through the next twelve months. He states that Budsies is a little bit too wide for himself, and that he is out.

Alex Furmansky counteroffers Daymond and tells him that he can have a twenty percent stake in Budsies, but he will have to receive more than one hundred thousand dollars. Daymond responds by saying that he will not go lower, and that he is out.

Kevin O’Leary states that he is also not going lower, and that Alex will have to push up the prices for Budsies. He also states that he will be able to increase the demand for Budsies, due to the fact that he has a lot of connections. Alex Furmansky says he does not want to accept the offer for a fifty percent stake in his company, and leaves without an investment. 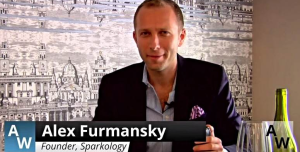 Max was not struggling with his company, and did not need an investment to be bailed out. All he needed was an investment so that he could scale up, and produce Budsies at a lower cost and faster pace. All of his products have a profit margin of about fifty percent, and it takes about four to five weeks to create a single Budsies. There is no mention of Alex’s products being the best or worst on Shark Tank, other than that Daymond John called him and his business ideas ‘crazy”. The Sharks were not interested in investing in Budsies, because many of them think that it is too small, and they cannot see how they will make money by investing in the company.

Alex has scaled up his production by adding different products to his company. Now people can order Petsies and Selfies, which are stuffed animals of their pets and of themselves. You can order all of his products on www.budsies.com. Budsies has been featured on a lot of publications, such as BuzzFeed, Hallmark and CNBC. There are a lot of positive reviews about the Budsies products on their own website, but when you go to websites such as Yelp, you will see a lot of 1 out of 5 star ratings. Many people complain that they have received the wrong order, or their stuffed animal looks nothing like their drawings, even if they have written a detailed description. Other people complain about waiting months before their Budsies would even arrive.

Budsies could have really used an investment to speed production along and start their own factories, where they could oversee production, instead of a random factory in China. I believe that Budsies is having troubles making sales, because on the Shark Tank program, Alex stated that it takes four weeks to create one stuffed animal, but on the Budsies website, it states that it will take six weeks.