What Happened to Shania Twain? See What She’s Doing Now in 2018 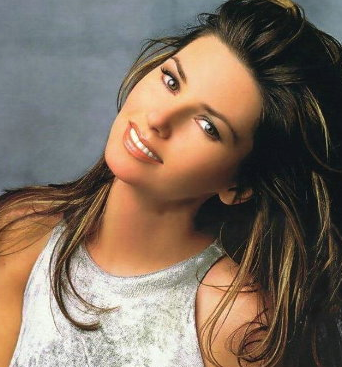 If you’ve ever looked into or even heard country music in the past 20 years odds are Shania Twain has come up once or twice. Once or twice is a massive understatement if we are being honest as she truly owned the genre in the late 90’s. In fact, you’d be hard-pressed to avoid her music seeing as she is potentially the most famous woman of all time when it comes to anything related to country music. Her range of success spanned the whole country and beyond but that was 20 years ago before she fell off the radar. It’s hard to imagine someone with Twain’s success dispersing from memory but even the greatest empires have fallen in the past, but what exactly happened to Shania Twain? Someone like Twain could never simply fall off the map, could she? 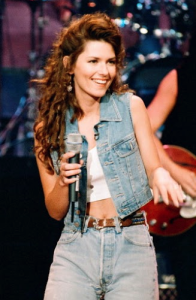 In some cases, an empire might fall only to rise shortly later and that is exactly the case with Twain, probably because Twain isn’t just referred to as the “Queen of Country Pop” for nothing, a title also well deserved by the singer and songwriter. The reason Twain had been anointed with such a prestigious title is due, in part, to her having sold an astonishing 85 million records and counting. Numbers that large often have a way of being taken for granted by onlookers, however, this impressive feat has made Twain the most successful country singer ever, demolishing any competition. The massive wave of recognition which skyrocketed the singers’ career came from the 1995 album “The Woman in Me” which not only produced numerous hits at the time but also earned Twain her first of five Grammy awards.

Like so many others before her Twain wasn’t born into the spotlight, no, she worked for it. As soon as Twain graduated high school in 1983 she immediately joined a band known as “Longshot” while the band wasn’t entirely successful and quickly dissolved. This allowed Twain to start expanding her horizons as she joined the cover band “Flirt” which allowed her to tour throughout Ontario and really build a name for herself. A name that would quickly ascend into music fame, fame predicted by a variety of other well-known artists like Mary Bailey and Tim Denis, who both highly praised the singer just as she was getting started in the music industry.

A few years later in 1993 Twain released her first album after being signed by Mercury Nashville Records. This expanded her audience from Canada to the rest of the America and subsequently the rest of the world. While the album itself wasn’t exceedingly popular it paved the way for future success and greatly expanded her horizons. Even this album was enough to net Twain the “Rising Video Star of the Year” award, from Europe where the album was even more popular.

Then in 1995 Twain hit hard with The Woman in Me with not one or two but five hits. All of which soared into the top 50 charts and beyond. The album was a culmination between Twain and the producer Robert 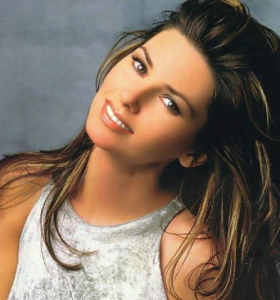 Lange. In fact, while working on the album Twain and Lange developed a bond and married just six months later. The media took a liking to Twain just as the rest of America had featured her on all kinds of big television shows such as David Letterman.

Two years later Twain had taken to more of a pop focus in an effort to mix things up. The album successfully demonstrated Twain’s diverse singing potential while also coming exceedingly close to topping all of the charts yet again. Selling over 40 million copies the album had made so many sales that it become the world’s bestselling album to ever come from a female musician and the most successful album to ever be sold in the country. After the major success in sales, Twain went on tour traveling throughout all of the United States.

Following a two year break after the birth of her first child, Twain released the album “Up!” which came in three different variations consisting of country, pop, and dance. Shortly after the album’s release, she went on tour once again in Ontario, Canada. The Album itself topped charts once again being placed in number one where it stayed for five whole weeks. Around the world, the album was typically in the top 1-5 range and later received remix containing Indian influences. The singer also appeared on various television shows once again including one specific show entirely dedicated towards Twain’s sister. The next year Twain tried to spark the music charts once again when she released her greatest hits album though it never really received the same avid following as her previous tracks. The album would be Twain’s final effort before she fell off of the music map for the next 10 or so years.

Where did she go? Well, after Twain had delayed the album which she had in the works no one really knew until 2009 when Twain appeared on The Oprah Winfrey Show and detailed the entire cause of her disappearance. Her first television appearance in five years she told viewers that the previous year her husband (Robert Lange) and best friend had both fallen for each other and this caused the collapse of not only her love life but her music career as well. Lange had helped co-write and produce everything Twain put out leaving her with no platform to operate off of and completely broken spirits. In an interesting turn of events, Twain had entered a relationship with the husband her friend left to be with Lange. Twain’s trauma had not only been on an emotional level though, she had also been struggling with dysphonia, a voice disorder that reduces the singer’s ability to sing and even speak. After being made aware of this disorder Twain underwent training and other care to continue singing and operate in a healthy manner. After her appearance on Oprah Winfrey Twain sent out a personal letter to all of her fans further detailing other matters which had influenced her disappearance. The letter primarily focused on Twain’s desire to care for and spend time with her son while also touching on the emotions the previous events had left her feeling and her desire to turn them into something positive which she could draw emotion from. In short, the letter was less about the events in question but rather how Twain came to take control of her emotions and learned from everything that had happened. She also mentioned that there was in fact new music in the works but none of it would see a release anytime soon.

Following two years of further silence, Twain had finally made her return to the music scene and has not left since. Twain announced the single titled “Today is Your Day”, her first song in six years, on the finale of her month-long television show. Lange’s production had been replaced by Nathan Chapman and David Foster allowing Twain to finally release the song on June 12, 2011. To further cement Twain’s return she had also announced that she’d be headlining her own show “Still the One” at Caesar’s Palace for two whole years. While this certainly had to be a full load on Twain’s steam roller this was just the beginning. Twain isn’t just referred to as the “Queen of Country Pop” for nothing.

Just a year later in the summer of 2013 Twain had announced her first new album in over 12 years. While the album was certainly not going to be delayed like it was so many years ago Twain had still needed to find a long-term producer to cement the entire process and get everything finalized. Twain made sure to stay busy in the meantime. The following year she performed two concerts completely unrelated to her performances at Caesars Palace in the summer and one additional show at the end of the year. She even hinted towards another tour that would happen in 2015 after her album releases.

Just a few months ago in March Twain proved that she really meant it when she appeared on Good Morning America with the announcement of her tour which kicked off last month, June 5th. This made for Twain’s first tour in 11 whole years though at this point rumors had begun to circulate around whether or not Twain was planning on entering retirement. After another television appearance, Twain discredited the rumors with no plan of slowing down at her age of 50 while also confirming that her album is still scheduled to release within the year later adding that she had found new producers to complete the album. Only time will tell if it’s all been worth the long, long, wait but one thing is certain; Twain certainly hasn’t made a record of letting her fans down. Not to mention she does have a history when it comes to putting out platinum records and breaking records. In all seriousness, the path ahead looks laden with success for Twain and she’ll be sure to stay at the top of music history for many years to come.