What happened to Fetty Wap’s Eye – See What Caused It 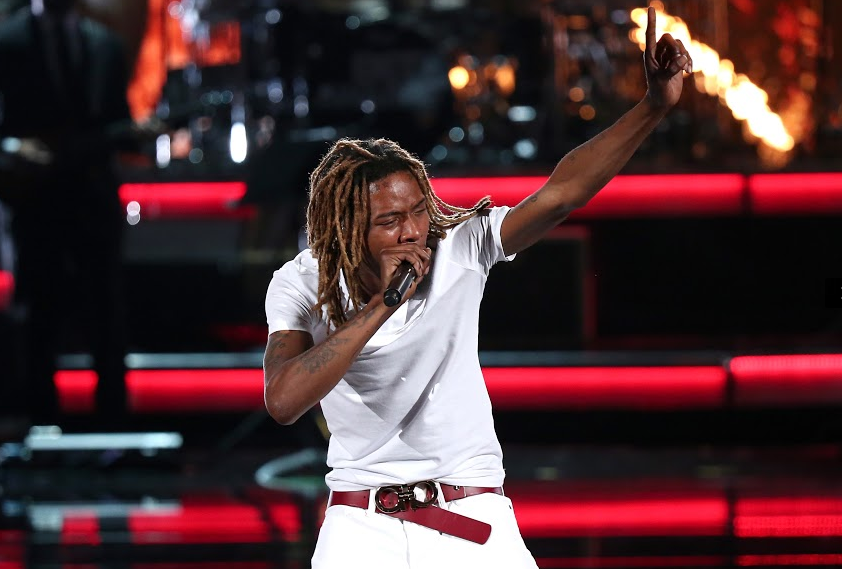 Fetty Wap is unlike your average rapper who spits rhymes in blazing speeds. Instead he utilizes what he calls “Trap & B” (combination of R&B and trap music) that, along with his persistent efforts, have proven to be immensely successful and led him to greater heights.

One of the most interesting things about the rapper is his missing left eye. Those with a weak stomach might not find it very comfortable to look at, but Fetty Wap himself doesn’t let his disability get in the way of his success. This also triggered a wave of questions amongst his fans and the public, and the rapper was elusive in answering questions about his eye until now.

So, what really happened to Fetty Wap’s eye?

How Fetty Wap Got Started – From Sunday mornings to the stage

Willie Maxwell II was born on June 07, 1990 in a Paterson, New Jersey housing project. His name was derived from his late grandfather, who was the pastor of Solomon’s Temple Church and the one who encouraged him to gather enough support from the local area.

As he grew up, young Willie was exposed to music thanks to his music-loving family. His father played the keyboard in church, his uncle on the drums, and his mother and siblings sang. He claimed to have started playing the drums at the age of three, and as time went by he became a member of the church quartet where he learned more about flows and melodies with constant practice. He sang songs, played instruments like the drums and piano, and was even praised as among the “nastiest” drummers in the city.

He pursued education in Eastside High School in Paterson but dropped out during his 10th grade as his interests steered more towards money than books. Here he engaged in several illegal activities that caught the attention of the authorities who slapped him with charges ranging from marijuana possession to driving under suspension. Willie also hung around Paterson’s 12th Avenue and East 22nd Street, places whose influences helped turn him into the man he is today and he frequently mentions these (plus his time with cash, drugs, and guns) in his lyrics.

His knack for making money earned him the nickname “Fetty”. He initially used Fetty Guwap as his stage name, a tribute to Gucci “Guwop” Mane, his favorite rapper and a major influence in his rap career. Later on he changed it to Fetty Wap. He also has an alter ego named Zoovier, which can also be seen on the side of his face as a tattoo.

In 2012 he started to take his interest in music more seriously. He first started with rap and did his first song 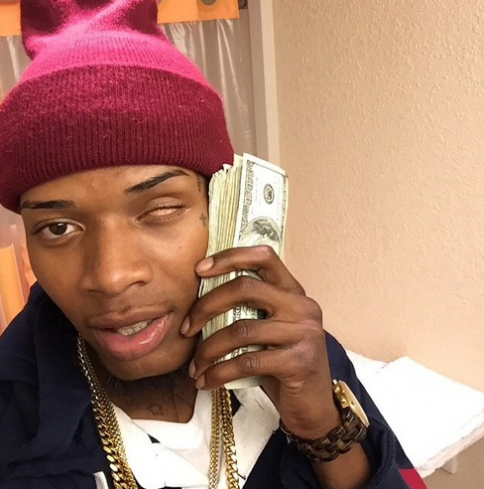 “Understand Me”. He didn’t like how it sounded which, along with the desire to be unique among other rappers, led to his decision to make things a little bit different by adding singing to his rap.

He then became a member of the rap troupe Remy Boyz 1738 along with fellow rappers Montana “Monty” Buckz and P-Dice. He came up with “Trap Queen” during the last months of 2013 and, on March the following year, recorded it and uploaded to online audio platform SoundCloud. He also sold CDs and DVDs in various places ranging from basketball courts, pizza shops, and even outside malls. He did this not for the money but to generate buzz on the local level, as per his grandfather’s advice.

The song became a massive online hit, gathering thousands upon thousands of plays until it reached past a million during its first month on the platform. It was released commercially in November of the same year which enjoyed dozens of praises for being infectious and cheery, and was regarded as his nationwide breakthrough hit. It entered the top ten spot of Billboard Hot 100 a month after its release due to its incredible online presence. As of September 2015, “Trap Queen” has stayed for 25 weeks straight in the chart’s top ten and has sold almost 2 million digital copies. Its music video earned Fetty Wap the MC100 Award of 2015 from Music Choice for having the most number of views that year.

“Trap Queen” also attracted popular remixers who put their own creative touches to the track like Arthur McArthur, Fabulous, French Montana, and Migos. It also led to Fetty Wap being on stage with renowned rapper Kanye West in his show with Beyonce and Jay Z. Kanye even announced “Trap Queen” being his favorite song while calling out Fetty Wap.

Fetty Waps Eye – The Back Story behind his left eye

Fetty Wap’s missing left eye became a subject of much speculation as the rapper initially didn’t reveal the reason as to why it was like that. People are asking what was the accident or incident that caused it, did it happen as a kid, is fetty waps eye real… the mystery is never ending. Rumors have spread about it, from firecrackers to a gunshot due to his time spent in the dangerous parts of Paterson. Fetty Wap let the people believe in those rumors and refused to divulge information when asked during interviews.

He also attributed his left eye to the increase of fans, specifically people who fell in love with his music while trying to find out the truth about what really happened. Jokes regarding his disability also became prevalent.

Despite being eligible for disability benefits he never thought of registering on it. Fetty Wap claimed that he wanted to earn through hard work and not sitting down doing nothing and relying on disability checks.

Eventually an interview in TMZ on May 2015 with Fetty Wap, along with his mother, revealed that the rapper was born with glaucoma. At the tender age of six months Fetty Wap lost his eye and only had reconstructive surgery on his teen years. He removed his prosthetic eye because he didn’t want to look like other people and he didn’t want to hide who he really was. Click on the image above to get a closeup of fetty wap’s real eye.

His success knows no rest

His next single “679” featured his Remy Boyz partners and was initially released online in 2014, and commercially the next year. First week digital downloads amounting to almost 80,000 copies and 3 million streams helped push the song into a number 34 chart debut, eventually climbing to number 19 then 8 as of September 2015. 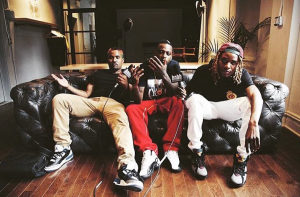 Along with Monty, Fetty Wap recorded a third single “My Way” and released it on SoundCloud in December 2014. The song was remixed by Canadian rapper Drake in June 2015 and, a month later, the song was released commercially on iTunes following a leak of the original version the day before. As with his previous singles, “My Way” was overwhelmed with domestic streams and sales that made it jump from number 87 to 7 in the charts three weeks after its debut.

Fetty Wap originally planned to release Fetty Wap: The Mixtape, a debut mixtape, in February 2015. However it didn’t push through as the rapper kept on coming up with new songs.

During the annual BET Awards held on June 28, 2015, Fetty Wap performed “Trap Queen” for the closing act, a performance that was well-received by the audience.

On August 13, 2015, Fetty Wap released his fourth single “Again”. The song debuted number 33 at the Billboard Hot 100, and sales from digital downloads on its first week soared up to 88,000. At the Hot Rap Songs survey it entered at number eight while his three other singles remained in the top ten, making Fetty Wap the first ever in its history to simultaneously have four singles in the top charts.

An eponymous debut album has been slated for a release in the last week of September 2015.