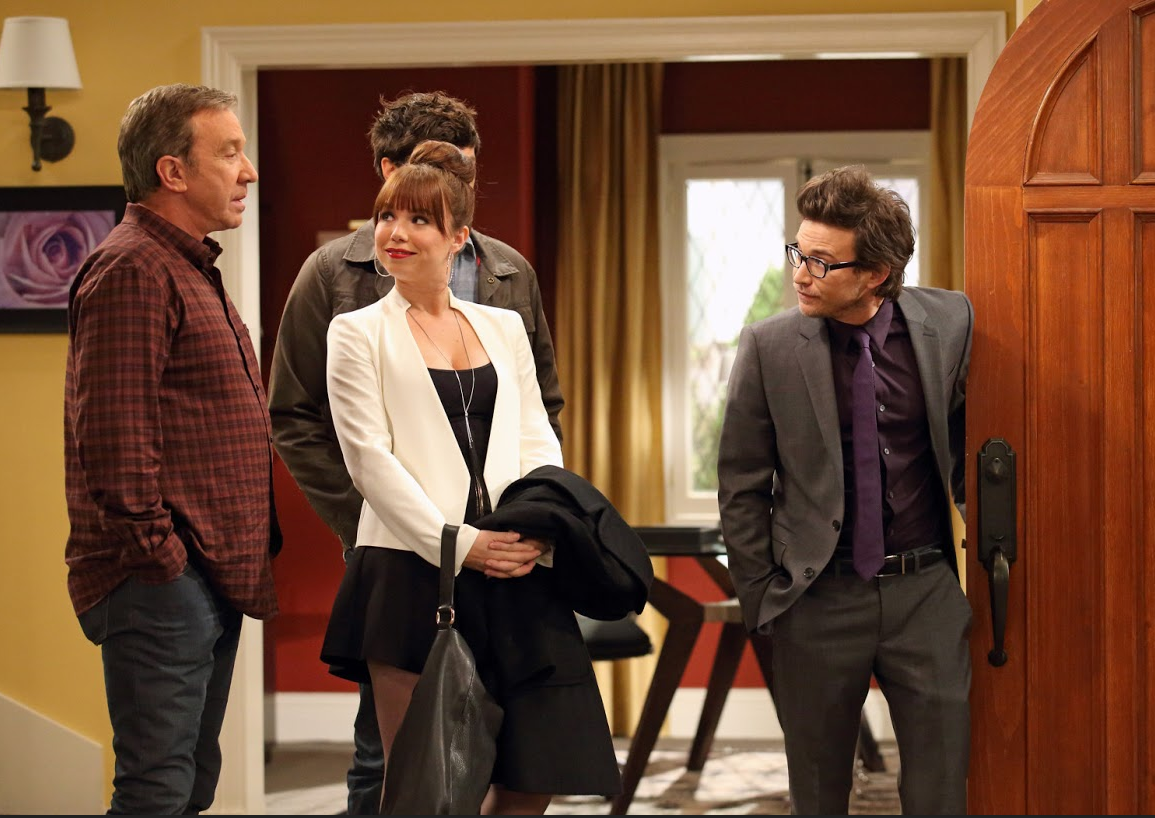 The previous decades saw the rise of younger stars that were blessed with both acting ability and incredible amounts of charm. Among them was Jonathan Taylor Thomas, or better known as JTT (a nickname Jonathan himself didn’t like). The golden-haired heartthrob was the crush of hundreds of 90’s girls, with his gentle and sweet smile appearing on posters and magazines like BB, Bop, and Tiger Beat. He had many acting roles and voiceovers, won a couple of awards, until he suddenly vanished from the screens, only to reappear many years later. So, what exactly happened to JTT?

How Jonathan Taylor Thomas Got Started – A star is born

Jonathan Taylor Weiss was born on September 08, 1981 to parents Claudine (nee Gonsalves) and Stephen Weiss in Bethlehem, Pennsylvania. He has the ancestry of both Pennsylvania Dutch (German) and Portuguese, and also has an older brother named Joel. He was exposed to music and television shows as he grew up, with Boyz II Men as his favorite music group and the shows Roseanne, Grace Under Fire, and even news segments on CNN as TV favorites. Jonathan also despised meat and other products that involved animal testing as he believed that hurting them is wrong. It was also during his youth where his mother brought him along to her work in an organization for underprivileged adults so Jonathan would grow up with the initiative to help other people, and to be thankful for the things he had.

At the age of four his family moved to Sacramento, California. In 1987 he provided the voice of the talking dog Spot in the animated television series The Adventures of Spot. At the age of seven he began modeling work for print advertisements, and eventually appeared in television commercials for products like cereals by Kellogs, and toys by Mattel. 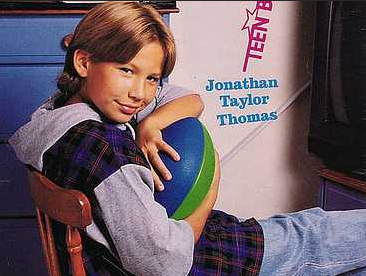 In 1990 he played his first acting role as Kevin Brady in three episodes of The Bradys, a six-episode television special and a spin-off of the popular show The Brady Bunch, then in 1991 as Macaulay Culkin in the episode “Home Alone Again” of the sketch comedy series In Living Color.

It was also in 1990 where he auditioned for the role of Randy Taylor on Home Improvement. He successfully landed the role thanks to his acting skills, along with looking a lot like his on-screen father-to-be Tim Allen which was a significant advantage over the other auditionees. This was Jonathan’s biggest role yet, and his nine year run with the role eventually earned him the Lifetime Achievement Award during the 1999 Nickelodeon Kids Choice Awards, not to mention being the first actor ever to bag the title, along with many other nominations.

Jonathan’s parents divorced in 1991 and he stayed with his mother and brother. In 1994 he worked on his first feature length movie as young Simba’s voice in Disney’s The Lion King. For that performance he was nominated for the Best Performance by a Young Actor in a Voiceover – TV or Movie award in the 1995 Young Artist Awards, and the Best Performance by a Younger Actor in the Saturn Awards at the same year.

He landed more roles in movies during the following years notably: Man of the House (1994) as Ben Archer, Tom and Huck (1995) as Tom Sawyer, the voice of Pinocchio in The Adventures of Pinocchio (1996), Wild America (1997) as Marshall Stouffer, I’ll Be Home for Christmas (1998) as Jake Wilkinson, Speedway Junky (1999) as the bisexual hustler Steve, and Walking Across Egypt (1999) as Wesley Benfield. He also provided the voice of Scarecrow Jr. in the animated series The Oz Kids (1996). In 1996 he received the YoungStar of the Year Award from NATO/ShoWest, the Best Performance in a Voiceover – Young Artist Award during the 1997 Young Artist Awards for his work in The Adventures of Pinocchio, and two nominations (Best Young Leading Actor – Feature Film and Best Performance by a Young Actor in a Comedy Film) for his role in Tom and Huck. 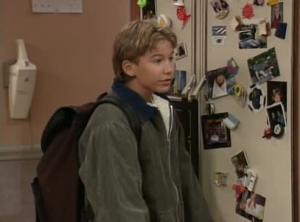 After the conclusion of Home Improvement in 1999, he appeared in episodes of television series like in the episode “Do You Wanna Dance?” of Ally McBeal (2000) as Chris Emerson, “Dichotic” and “Asylum” of Smallville (2002 and 2004) as Ian Randall, “Opposites Attract parts 1 to 3” of 8 Simple Rules (2004) as Jeremy, and finally “Weapons of Class Destruction” of Veronica Mars (2005) as Ben.

JTT appeared in the 2001 cover of gay and lesbian magazine The Advocate where he was interviewed for an upcoming role in the gay-themed movie Common Ground.
He also continued to provide voices in The Wild Thornberrys (2000) as Tyler Tucker, The Tangerine Bear: Home in Time for Christmas! (2000) as Tangie, Timothy Tweedle the First Christmas Elf (2000) as Timothy Tweedle, in the episode “Dude, Where’s My Ranch?” of The Simpsons (2003) as Luke Stetson, and Thru The Moebius Strip (2005) as Prince Ragis. 2005 was the final year JTT spent in acting roles until suddenly disappearing without any trace.

The Downfall of Jonathan Taylor Thomas – The Star Disappears

After graduating with honors from Chaminade College Preparatory School in 2000, Jonathan studied history and philosophy in Harvard University until 2002. He continued his acting and voiceover roles during school vacations. On his third year he studied in Scotland at St. Andrews University. In 2010 he finished his studies in Columbia University. After his return in Los Angeles, JTT focused on directing and writing scripts. He also spends his time hiking, watching movies, and staying updated on theater.

In a 2013 interview with PEOPLE magazine, JTT addressed his sudden disappearance from the limelight after 2005. He said he wanted to take time off from acting to study, to relish the feel of being surrounded by books and students, to travel, and to take a break as he was working on his career since the age of eight. He also added that he never took the fame seriously and that his period of fame didn’t define him. Finally he insisted that he had no regrets in taking time off of Hollywood.

What is Jonathan Taylor Thomas Doing Today – What’s He Up To Now in 2018?

JTT briefly went back to acting in 2013 for the television series Last Man Standing where Tim Allen also played the lead role. First in seasons two and three he played the role of John Baker for the episodes “College Girl”, “Ryan vs. John Baker” (2013), and “Tasers” (2014). More recently, he played the role of Randy in the season 4 episode “Helen Potts” (2015) along with Home Improvement co-star Patricia Richardson, making the episode somewhat a reunion of three Home Improvement stars. 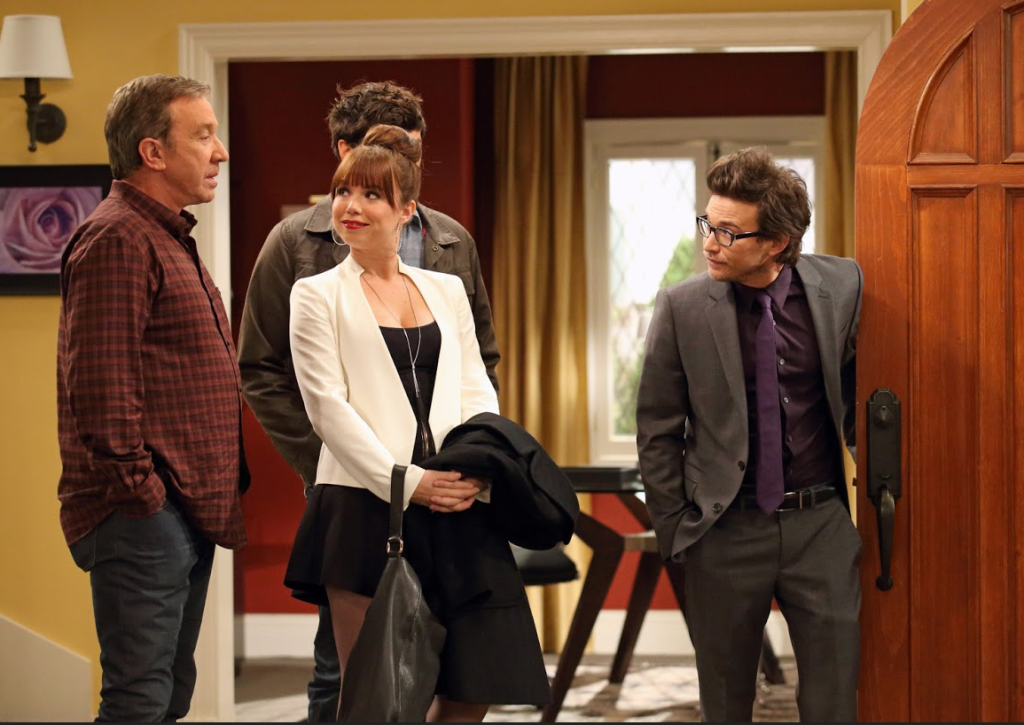 He also directed two episodes of Last Man Standing namely “Haunted House” (2013) and “Hard-Ass Teacher” (2014) which you can see in the recent jonathan taylor thomas picture above.

JTT barely makes any presence in real life and online nowadays, with some fans claiming to have found his Twitter account (albeit set in private), and some make mention of JTT’s sporadic appearances in the grocery and the mall.