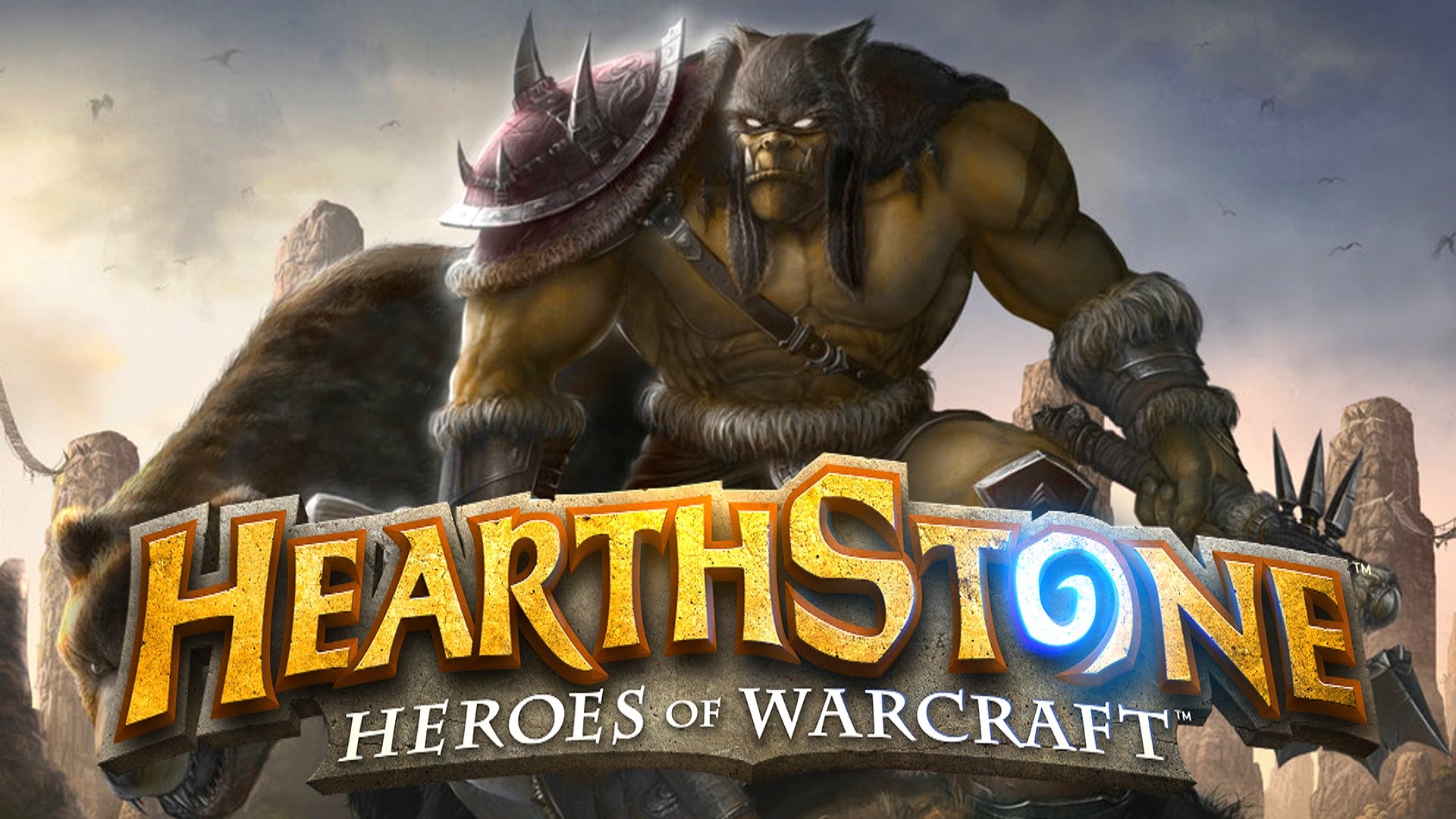 Hunter decks are often derided for their apparent lack of versatility. Even if Aggro (or “Face”) and Midrange variants are both competitive, these two strategies share the early to mid-game life total pressure, share effective burst potential from the likes of Animal Companion, weapons, and Kill Command, and share, above all, the two damage hero power. However, not all Hunter decks are created equal, and several very unconventional strategies can succeed at all but the highest level of play.

Hunter decks have long made use of slight Beast synergy. Kill Command is critical for burst potential, and Houndmaster is a mainstay value play for Mid-Range decks. Many class and neutral cards, from Animal Companion to Haunted Creeper, both strengthen the deck and contribute power to these synergies. However, the League of Explorers adventure and the Grand Tournament expansion bring new Beast support to allow a more cohesive theme surrounding the sub-type.

The primary new tool for the deck is Ram Wrangler, a minion that summons a random Beast, given that there is already one in play. This can mean anything from a Hungry Crab to a King Krush, so there is some randomness involved, but the average total value is well above that of a five mana card. Further contributing to this swarm element is Desert Camel, which can be used to summon a one mana minion for each player from their decks. This is valuable because it can fetch Webspinner, which provides more Beasts, and because many decks lack one mana minions completely, in which case the Beast Hunter is ahead already.

The deck performs a similar role to standard Mid-Range Hunter by simultaneously grinding card advantage and chipping away at the opponent. Tomb Spider, a League of Explorers addition, contributes to this with a solid body and the choice of a particular Beast for the situation. To round all of this out, Brann Bronzebeard has the potential to spin these and other Battlecry effects out of control. While Mid-Range may possess greater consistency, the power plays offered by Beast Hunter shouldn’t be underestimated.

While Hunters typically make use of their damage potential to find the win, Deathrattle Hunter takes advantage of several powerful minions available to the class. Among these are Webspinner, Haunted Creeper, Mad Scientist, and Savannah Highmane. While these cards are valuable on their own, a card called 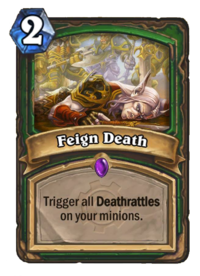 Feign Death lends them even greater power. For two mana, Feign Death triggers all of your Deathrattle effects without the minions being destroyed. This means four Spectral Spiders, two random beasts, two traps, and four Hyenas.

There are also a number of other minions that contribute to this strategy. Loot Hoarder can provide extra card draw to reach Feign Death or combo with the card itself. Piloted Shredder and Sludge Belcher round out the mid-range cards and are even more difficult to deal with than usual, considering their Feign Death synergy. Sylvanas and Sneed’s Old Shredder go with Savannah Highmane as high-impact minions that are potentially game-winning, should their effects go off twice.

With all of that said, Deathrattle Hunter is not the top competitive build for several reasons. Its reliance on drawing and setting up a powerful Feign Death to show its true power means that clunky hands are inevitable now and then. Whereas many control decks make up for high curves with efficient board control, Hunters have little of this available, typically with Unleash the Hounds or Explosive Trap as their primary options. Also, the early damage potential of the deck is underwhelming, when compared to other builds, so it may sacrifice too much of the class’s natural strengths to be worthwhile. Nevertheless, the deck can also take the opponent by surprise and dominate, if things go according to plan.

Moving along to other variants based around a single card, Lock and Load Hunter fits the bill. As opposed to many Hunter lists that focus on board control with minions and spells as finishers, Lock and Load makes a reliance on spells viable. For two mana, it adds a Hunter card to the player’s hand for every spell played afterward during the same turn. This allows explosive turns where Lock and Load is followed by cheap and efficient spells to burn the opponent or clear the board and keep the hand full.

Hunters have access to three useful spells that cost one mana or fewer, which are Hunter’s Mark, Arcane Shot, and Tracking. The first is an answer to large minions in combination with chip damage like Arcane Shot, Explosive Trap, Unleash the Hounds, and Dreadscale. Arcane Shot puts on life total pressure or clears small threats. Tracking, perhaps most important of these, digs for important combo pieces and basically functions as a more tailored Discover effect. A tactical choice from Tracking can extend a Lock and Load chain by several cards.

Like Deathrattle Hunter before it, Lock and Load Hunter can struggle from simply never drawing Lock and Load, but the deck often includes extra card draw and heal to compensate for this. While Hunter cards are surprisingly versatile in practice, there are also times when a Lock and Load chain will end early with too many minion and weapon pick-ups. The deck is also forced to forgo many minions, so it relies on Lock and Load to fill the hand with minions to push damage after a big combo turn.

Control Hunter has been an elusive concept for essentially the length of Hearthstone itself. On paper, Hunters have a variety of valuable cards, such as Hunter’s Mark, Explosive Shot, Kill Command, and Eaglehorn Bow, but the class has always struggled to employ them more effectively into a control strategy than into the standard Aggro and Mid-Range lists. However, the Grand Tournament expansion offers a few more pieces of the puzzle to make the strategy more worthwhile. 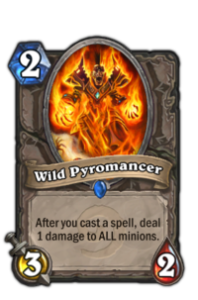 Pyromancer, which can clear almost any minion and other small minions at the same time for two mana. In combination with Acolyte of Pain, the deck also picks up some card draw to push its card advantage further. The addition of Dreadscale lends further synergy potential to Hunter’s Mark, increasing consistency. Powershot functions as a cheaper and more efficient Explosive Shot and another activator for Wild Pyromancer, doing three damage total to three of the opponent’s minions.

The Pyromancer engine is the centerpiece to the deck, so the rest of it aims to increase consistency and power. The Mad Scientist “suite,” or set of related cards, allows deck thinning, free secrets from the deck, and a resilient Eaglehorn Bow. The mid-game is handled by the ever-present Piloted Shredder and Sludge Belcher, which will often take two cards to destroy, while the late game is dominated by high-pressure minions, the likes of Savannah Highmane, Dr. Boom, and Ragnaros the Firelord. A high degree of card draw and board clear from the Pyro engine allows this relatively greedy late game.

A glaring omission from many Control Hunter lists is Gahz’rilla. While not a terrible choice, the card lacks the immediate board impact or staying power of other late game threats. A pile of stats is often not enough, with cards like Polymorph and Big Game Hunter running around. Instead of setting up a huge Gahz’rilla turn, the deck would rather play consistency boosters, like Azure Drake, King’s Elekk, and perhaps Flare (to draw into combo cards, activate Pyro, and combat Secret Paladin decks.)

How Competitive are These Decks?

While none of these decks would win more often than not against a variety of top tier choices, they do offer extremes not present in the most consistent options. They may occasionally dead draw, but each game has explosive potential and is rarely the same as the last. They may also be rational responses to specific metas. For instance, Priest decks tend to have trouble with Mid-Range decks that are neither susceptible to efficient board clears nor spells like Shadow Word: Death and Entomb. In a Priest-heavy meta, Beast Hunter would be a better than average choice. Either way, I hope these decks reinforce the diversity of Hearthstone that lies just below the surface and encourage you to innovate, as well!