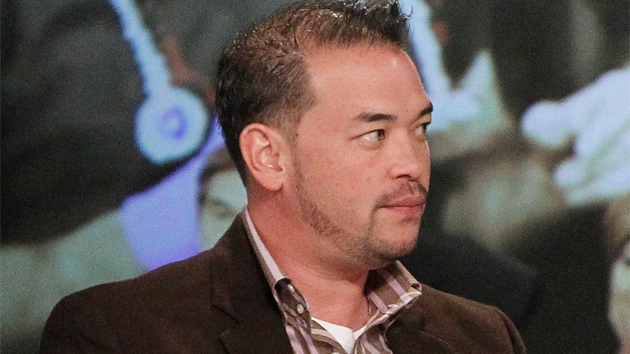 In 2003 things were looking great for IT Analyst Jon Gosselin. He had a great job, two beautiful kids and a loving wife. Six more kids and a mid life crisis later the former reality T.V. star was divorced, unemployed and rapidly running out of money.

Jonathan Keith Gosselin was born April 1st 1977 in Oshkosh, Wisconsin. He is of Korean and Celtic descent and graduated Wyomissing High School in 1995. He began his career as an IT analyst for The Reading Hospital and Medical Center. It was here that he would meet his future wife, Kate Gosselin, née Kreider, at a company picnic in 1997.

Kate and Jon would marry in 1999 and had twin girls, Cara and Madelyn, were born October 8th 2000. Initially against having any more children he was eventually persuaded by Kate to try again. On May 10th 2004 Kate gave birth the sextuplets bringing the total number of children to eight. The birth was highly publicized at the time and when the sextuplets were seventeen months old they were offered a reality miniseries by Discovery Health to chronicle the trials and tribulations of raising so many young children simultaneously.

The show was a success and the money earned from it helped the family greatly with expenses. The following year Discovery returned asking to shot a recap show. Again the show was well received and scored highly in the Nielsen ratings. So high that Discovery offered a long term contract and in 2007 full production began. Jon remained with Discovery for only one year before switching to the TLC Network. During this time Jon Gosselin co-wrote “Multiple Blessings” with then wife and writer Beth Carson.

What Happened To Jon & Kate

In June of 2009 it was announced that the couple would divorce. Jon stated that it was Kate who had pulled the trigger on the proceedings whilst Kate claimed that Jon’s actions were unforgivable and left her with little choice. It was speculated that Jon had begun seeing Kate’s plastic surgeons daughter, Hailey Glassman, though they both maintain her and Jon’s relationship began after the divorce was made public.

In September 2009 TLC announced that the name of their show, “Jon & Kate Plus Eight”, would be changed to simply “Kate Plus Eight” and that Jon would still appear, though less frequently. This turned out to be in error as just one month later Jon Gosselin would file legal action against the production company to prevent the show from resuming, defining the entry by production crews into his family home as criminal trespassing.

Also in September Jon filed paperwork to stall the divorce claiming he regretted his actions following the divorce announcement and hoping for reconciliation. Nothing would come of this and in October TLC presented a counter-suit to Jon alleging a loss of $30,000 because of Jon’s breach of contract. His attorney would argue the contract was null and void once TLC re-branded the show and due to Jon Gosselin’s lack of legal representation when the contract was signed.

The couple’s divorce was finalized in December of 2008, though earlier in that month Jon’s then girlfriend, Hailey Glassman, broke up with him due to his deposition revealing he had cheated on her with “The Star” tabloid reporter Kate Major. A string of short term girlfriends followed and while Kate went on to success with her reality show Jon’s career has stagnated.

A notable break-in in 2009, causing an alleged $100, 000 in damages, though the entire event was called into question by the police. In 20011 Jon was working for “Green Pointe Energy” in Pennsylvania as a solar panel installer. It is unknown how long he was with the company but in 2013 it was confirmed that he was waiting tables at two restaurants near his home in Robeson Township. 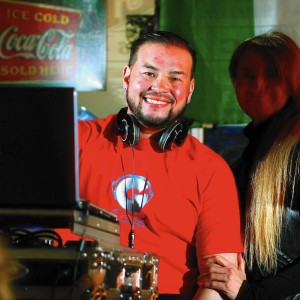 Most recently Jon Gosselin has been active in the club scene, working as a DJ. Taking the rather pedestrian DJ name of “DJ Jon Gosselin” he claims he is putting his pseudo celebrity status to good use. Reportedly he books fifteen gigs in any given month. Using twitter as a promotion tool he claims to be making a solid living.

These days Jon likes to be away from the media, telling US Weekly that his current life is like the way it was before the paparazzi and the reality show. I’m sure the irony is lost on him.

In happier news Jon rang in the new year with half of his brood of children. Four of them seemed to have a great time with their father. He has claimed this year that his ex-wife conspires to limit the time he can spend with his children, letting no more than 4 of them spend time with him at any one time. He hasn’t seen his son Colin, 12, in nearly a year. The child has an undisclosed condition, and was absent from Kate’s reality show for most of the last year.