What Happened to Hilary Duff? What She’s Doing Now in 2018 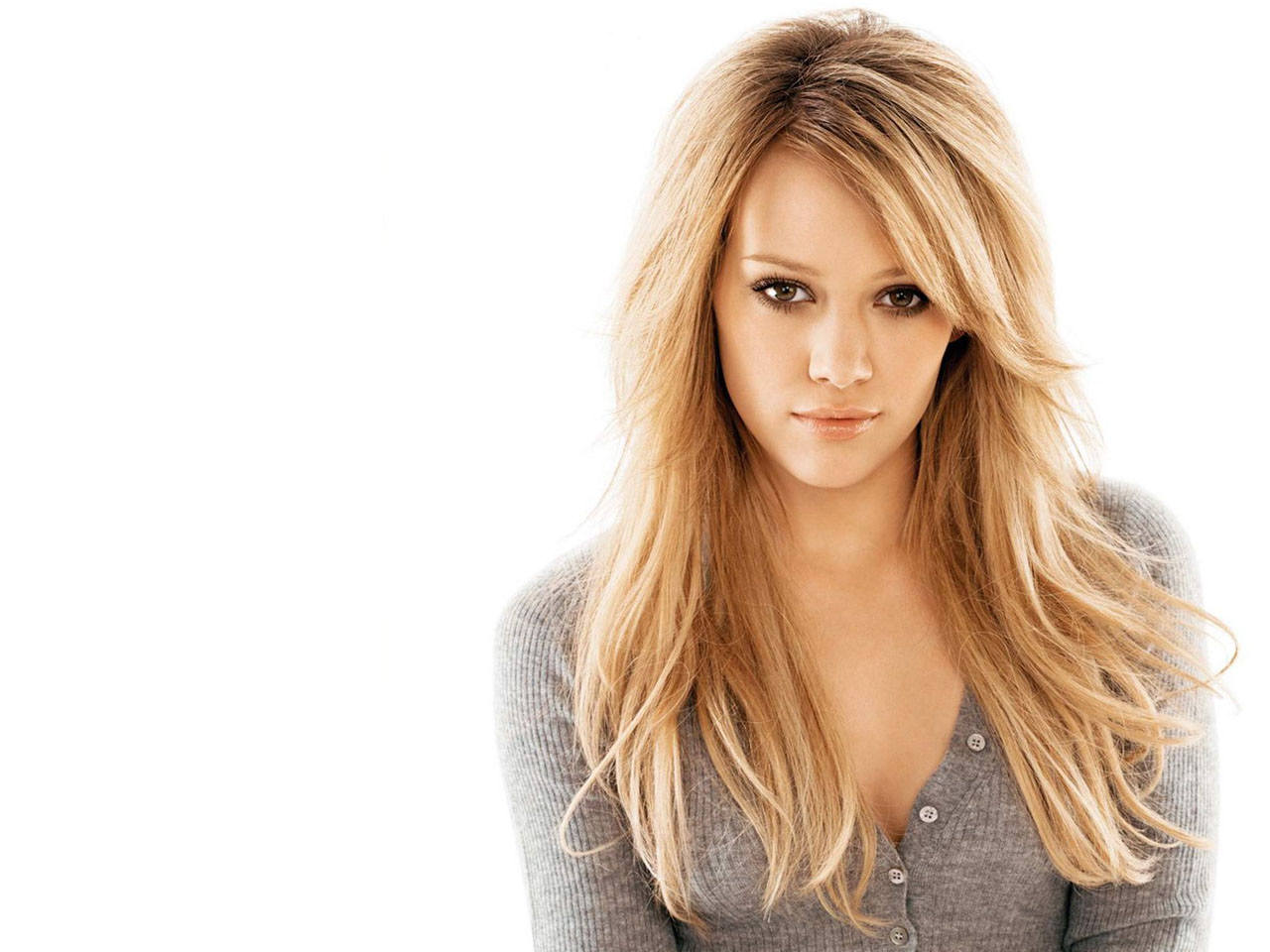 Compared to Lindsay Lohan and Miley Cyrus, Hilary Duff managed to successfully transition from Disney teen idol into a more mature personality without too much controversy.  As the star of the hit Disney TV show Lizzie McGuire, this teenage star went through a winding career path that spanned the movie, television, and music industries and captivated teens and adults alike.  While generally a more reputable role model than other Disney stars, her journey in the spotlight is not without blemish.

Who is Hilary Duff?

Duff was born to a father who was a partner in a chain convenience stores and a mother who was a homemaker.  She grew up in Texas between Houston and San Antonio and was home-schooled due to her heavy schedule of lessons involving acting, singing, and ballet.  Her mom was adamant in allowing her daughters, Hilary and Haylie, pursue their passion of performing in front of people as much as possible.  Duff’s first notable performance that began her career came by participating in a local-touring production of The Nutcracker.  She also modeled part-time for various clothing brands and played minor roles in a few commercials.

Her big break came when she was cast as a star in the movie Casper Meets Wendy (1998), where Duff would play the role of Wendy who shared a friendship with a friendly ghost.  She would later play a supporting role for the TV film The Soul Collector one year later where should won the Young Artist Award for Best Performance in a TV Movie or Pilot award.  It wasn’t long before she auditioned for Disney to star in her own TV show, Lizzie McGuire, which would air from 2001 – 2004.

The show would go on to be a major ratings success for Disney, gathering over 2.3 million viewers per episode.  Duff became a teen idol and a household name, sparking the production of toys, books, soundtracks, dolls, and video games.  The line of productions became a revenue juggernaut for Disney, earning over $100,000 million from the show’s merchandise alone.  Duff would fulfill her 65-episode contract for the show, with the final episode aired on February 14, 2004.  When talks about a renewal came up, negotiations ultimately fell apart due to the asking price for Duff’s services, who enjoyed the popular demand thanks to her star-power.  She had other plans at this point; she worked in the music industry and in several movies where she was hoping to transition into a more mature star.  During her tenure on the Lizzie McGuire show, she would star in Disney films such as Cadet Kelly (2002) and The Lizzie McGuire Movie (2003), which were considered successes on television and at the box office.  Cadet Kelly, a Disney Channel television film was the most watched program in its 19 year history while the soundtrack to The Lizzie McGuire Movie went double platinum in the US alone.

Hilary’s music career followed nicely thanks to her popularity from the Disney Channel.  Under the Disney banner, Duff released a Christmas-themed album which would go on to sell over 500,000 copies thanks to the success she garnered from her participation in The Lizzie McGuire Movie soundtrack.  Deciding to appeal to a more mature audience, she signed with Hollywood Records and debuted with her self-titled album which started at number 2 on the Billboard 200, going on to sell over 1.8 million copies in the US alone.  She would follow the CD with a compilation CD which was also a success, selling over one million copies a month after its release.

What happened after Lizzie McGuire?

Controversy in Duff’s career were generally few and far between.  Her first bit of drama came onset during the filming of Lizzie McGuire when she would have an on-again, off-again relationship with fellow Disney character personality, Aaron Carter.  It wasn’t until Duff was 16 when she would hit a backlash from the message boards when she was rumored to be in a relationship with 25-year-old singer Joel Madden from the band Good Charlotte.  The relationship was confirmed in an interview with Duff’s mother for the magazine publication Seventeen.  During the relationship, Duff would have a run in with two alleged stalkers, a 19-year old Russian immigrant named Maksim Myaskovskiy and his 50-year old roommate David Joseph Klein.  Duff filed restraining orders against the two men, citing that Myaskovskiy “threatened to kill himself” to get her attention and that he would threaten to “remove enemies” who stand in his way, referring to individuals such as Joel Madden.  Myaskovskiy would later spend 117 days in prison due to the incident.

She also made national news at the announcement of her parents’ divorce due to her father’s infidelity in the relationship.  Duff would later go on to date Canadian NHL player Mike Comrie in 2007, whom she would later be engaged and married to on August 14, 2010 in Santa Barbara, CA.  The couple gave birth to a son name Luca Cruz Comrie on March 20, 2012, but the two would eventually divorce in 2015 due to “irreconcilable differences”.

With the exception to her divorce, perhaps it was Duff’s movie career that would involve the most negativity.  As Duff transitioned from Lizzie McGuire into a more mature image, she would face several harsh critics as she appeared in movies throughout her career.  In 2004 she starred in the movies Raise Your Voice and A Cinderella Story.  Her performance in both of these productions earned her a Razzie nomination for Worse Actress in 2004.  In 2005, her performance in Cheaper by the Dozen 2 earned her a second nomination for the same award.  Critics across the nation would go on to criticize her acting ability, referencing her lack of passion when appearing on film and looking largely “disinterested”.  The transition from teen idol to mainstream was proving to be difficult for Duff.  Along with her sister Haylie, Duff would co-star in the movie Material Girls in 2006, earning her third nomination for Worse Actress at the Razzies.  In addition, the duo earned a nomination for Worst Screen Couple.  Three consecutive nominations for Worse Actress was not enough to force Duff out of movies, appearing in a total of 11 movies since 2006.

It wasn’t until Duff’s appearance on the show Gossip Girl during its third season in 2009 where her acting would be appreciated again.  Her character, Olivia Burke, would share an onscreen romance with a male lead character and would be the center of controversy as they shared a threesome with another female cast member.  Various critics praised her for her performance in this role and she would go on to win Teen Choice Award for Best Female Scene Stealer for the part.  Duff would later have roles in shows such as Project Runway, Community, and Two and a Half Men before her most recent television role in Younger (2015).  During this time, she would co-author several books with Elise Allen, including the New York Times best-seller Elixir 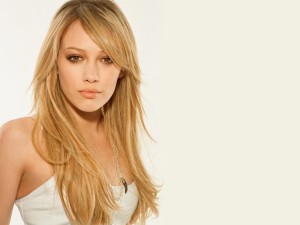 and go on to collaborate on a line of limited-release fashion items with DKNY Jeans entitled Femme for DKNY Jeans.

Aquick look onto Duff’s official website shows that her main focus now is primarily on music and raising her child Luca.  With several platinum albums under her belt and having a passion for singing since she was young, Duff released her 5th album on June 12, 2015 titled Breathe In. Breathe Out.  The album debuted at number 5 on Billboard 200, becoming her fifth top five album.  The lead single of the album, “Chasing the Sun” entered the Billboard Hot 100 at number 79 and earned over 14 million views on YouTube during the first week it was released.  She currently has plans to tour in support of this album in early 2016.