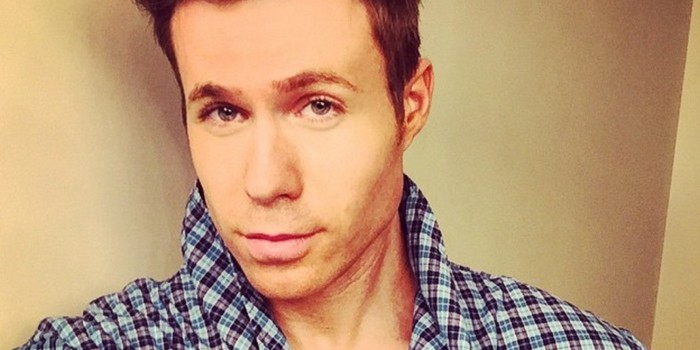 From rags to riches to rags to vague celebrity status. Ashley Parker Angel has had a roller-coaster of a career. Rocketing to stardom in 2000 with the reality boy band O-Town we saw the now classic story of slow decline into obscurity. How has he been spending his time since his O-Town days?

Ashley Parker Angel was born on August 1st 1981 in Redding, California to Darren and Paula Parker. His mother named him after her favorite “Gone with the Wind” character Ashley Wilkes. His parents divorced when he was three years old and Paula would marry Ron Angel, who legally adopted Ashley. Ashley would then adopt his name, legally becoming Ashley Parker Angel.

He spent is early days roaming the back country of rural Northern California, getting into trouble with the law when he was nine for accidentally setting his school football field on fire. Always drawn to the performing arts he studied piano from a very young age, his mother was a piano teacher, and began working in theater at age five.

Having been bitten by the theater bug during a local production of Howard Ashman’s “Little Shop of Horrors” he would go on to star in a production of “Grease”, playing the lead Danny Zuko three months before auditioning for “Making the Band”

As a teenager he answered an open casting call from game studio “Working Designs” for voice actors. He was cast in quite a few games during this time period, including the cult series “Lunar: The Silver Star”. When not recording for the games he worked in the Working Designs help line and as a lifeguard for a local water park. 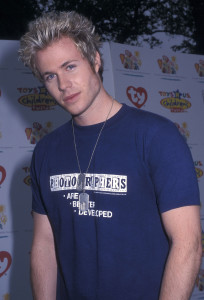 One month after signing with a talent manager in 2000 Ashley Parker Angel gained national recognition through the hit ABC series “Making the Band”. The MTV show was the first reality show to be picked up by a major network. Ashley Parker Angel survived each stage of the selection process, emerging as a fan favorite. Eventually becoming one of the members of the resulting boy band O-Town.

Strong ratings and a great marketing push led to instant success for the band. Managed by legendary music mogul Lou Pearlman, responsible for N’Sync and Backstreet Boys, the band’s début album went straight to number five in the Billboard 200. Their lead single, Liquid Dreams, peaked at number ten on the Hot 100, hitting number one in Canada. Their follow-up single would do even better, peaking at number three.

The group toured extensively in 2001. Making the band continued to shadow them for two more seasons, becoming the first reality show to retain the same cast for more than one season. By the time the third season rolled around the group wanted to be taken more seriously by its peers, writing their own music and marketing themselves as more than “just a boy band”.

Unfortunately by the time of the late 2002 release of “O2” the wind was out of the sails of the “Teen-Pop” genre. It was a modest success but nowhere near that of their début. Their label would drop them in November 2003. Sordid allegations hit the band’s manager Lou Pearlman in 2007, including embezzlement and fraud, most unsettlingly accusations of sexual misconduct with both minors and members of O-Town. He was convicted on May 21st 2008 and is currently serving a sentence of twenty-five years.

In 2004 Ashley Parker Angel had secured a record deal with Blackground/Universal Records. He also began shooting the MTV show “There and Back: Ashley Parker Angel”. During filming he claimed he was broke, and granted he was living with then girlfriend Tiffany Lynn’s mother. The two were engaged and expecting their first Child, Lyric Lennon Angel. They would break up in 2008.

“There and Back” showed his struggle to shed the teen idol image and be taken seriously as an artist. The move was a moderate success and his début album “Soundtrack of your life” was released in 2006 to many positive reviews. A mix of light rock and post-punk the album sold quite well. The first single, “Let U Go” saw much play on MTV, reaching number 1 in their video charts.

Taking a step back from the music scene he began appearing in a few acting roles, notably playing a pastiche of himself in Clone High. Combined with his appreciation of an SNL sketch that made fun of him it’s clear he has a good sense of humor about himself. His appearances on both “Celebrity Cooking Showdown” and Kelly Slater’s “Celebrity Surf Invitational” were well received but marred by the injuries he sustained in both. 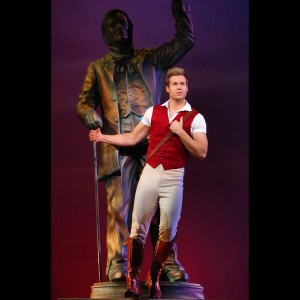 Going back to his theater roots in 2007 he played Link Larkin in the multi-Tony award-winning musical “Hairspray”. His Broadway début was critically acclaimed and he would go on to take acting classes, finding the demands of acting both challenging and fun. He signed his first major movie role in June 2009 playing Carson Wheetly in “Wild Things: Foursome”. In late 2010 he appeared in the low-budget superhero flick “Pizza Man” alongside Frankie Muniz.

His third film, “Amelia’s 25th” was released straight to DVD in 2013. In it he played the role of Jacob and voiced his admiration for actor Danny Trejo, calling him amazing to work with. He shot the short film “Trona” in 2014, it is still awaiting approval on the film festival circuit.

These days Ashley Parker Angel is spending his time writing new material for his second album and making another short film for release in 2016. He has a following on Instagram, where he posts mostly naked vanity shots of himself, and interacts with fans via twitter. He had a successful run on the Munchkin Tour of Wicked, playing the male lead Fiyero. Considering his new-found acting chops, 2017 should be an interesting year for the talented singer.