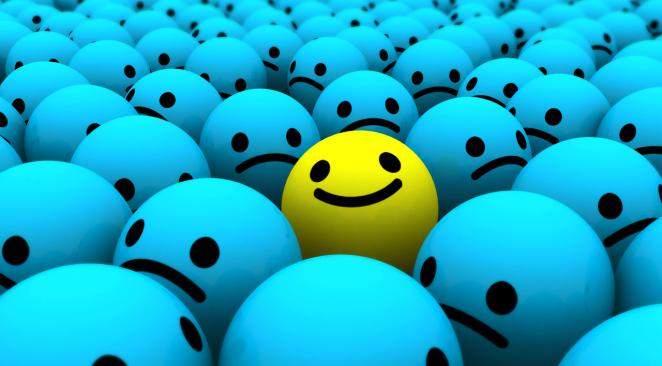 Depression is among the most common mental disorders that affect millions of people around the globe. It affects both adults and teenagers, regardless of gender, and interferes with daily life. Antidepressants are prescribed by professionals to address this problem, along with counseling and healthier lifestyle choices to help with recovery.

There are also supplements that can help boost moods and somehow relieve depression. Aside from that, some of these supplements also provide health benefits that improve the entire body.

These supplement are written for informational purposes, and should not be substituted for actual advice from an expert. Always coordinate with your doctor or psychiatrist regarding this matter to determine what supplement you can use, as what may work for someone may not work for you, and to avoid possible complications that may arise especially when you are currently taking prescribed antidepressants.

Its mechanism of action is being closely examined, with some studies pointing out low omega-3 levels lead to exacerbation of depression symptoms, while higher levels have better volume of gray matter in parts of the brain that handle mood. In other studies, researchers state that a deficiency of omega-3 forces the brain to use different kinds of fatty acids for the construction of brain cells, and these said acids are inferior. Brain cells built with such weak acids affect not only proper brain function, but may also have a hand in mood and other emotional problems.

Start by aligning your diet to foods that are rich in omega-3 fatty acids, particularly eicosapentaenoic and docosahexaenoic acids (EPA and DHA respectively). Fish and seafood are among the best sources, and fish oil supplements provide an abundant dosage of omega-3 fats. 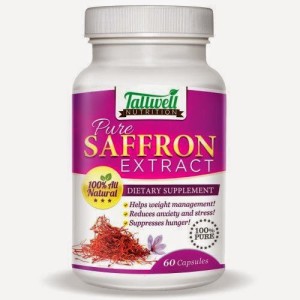 Regarded as one of the most expensive herbs in the entire world, saffron has also demonstrated its capabilities as an antidepressant through trials. It was put to the test against the antidepressant Tofranil, with two groups of participants given 100 milligrams of the antidepressant, while the second group was given 30 milligrams of the herb in capsule form, and they were to be taken thrice a day. After six weeks, saffron was found to be just as equally effective as Tofranil, only without the anticholinergic side effects.

The herb was also pitted against Prozac, another well-known antidepressant. A group of 40 participants with depression were randomly given either 20 milligrams of the antidepressant or 30 milligrams of saffron capsules, both taken twice a day. After six weeks, the two were also equal in terms of efficacy.

Aside from depression, saffron was tested to work in improving the conditions of Alzhemier’s disease patients, countering and reversing the sexual side effects wrought by antidepressant use, relieving PMS symptoms, and has potent antioxidant properties as well. The recommended dosage for depression is 30 milligrams, and it is available in supplement form. Some people eat saffron stems, but to meet the recommended dosage that way would mean eating quite a large number of those stems.

Also known as the good bacteria, probiotics thrive in the stomach and provide benefits for the body like fighting away bad bacteria, treating certain medical problems, and studies have recently shown that it somehow improves mood.

There has been a link between mental health and gut bacteria, and probiotics are speculated to promote good health, not only in the stomach, but also in the brain and leading to better emotions as well. Healthy participants in a study conducted in England were given prebiotics, while the other half were given placebo. After the given duration, those who took prebiotics were noted to be more attentive towards positive information instead of the stimuli that are threatening or negative. These people also showed lower cortisol levels in saliva upon waking up. Cortisol is a hormone that is attributed to anxiety, depression, and stress when high levels of it are present.

Another study, this time in France and published at The British Journal of Nutrition in 2011 had volunteers take probiotics for a month, and it ended with the participants having reduced psychological distress. 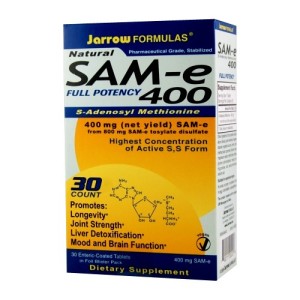 Or SAM-e for short. It is a compound that is naturally produced in the body, and it is needed in themaintenance of the immune system, cell membranes, and in the breakdown and production of brain chemicals dopamine, melatonin, and serotonin along with vitamins B9 and B12. Its other uses include the treatment of fibromyalgia, inflammation, liver cirrhosis, and osteoarthritis, and for the enhancement of joint function. It is available in oral and injectable forms, but the former is the one that is commonly used.

SAM-e works faster than an antidepressant and without the associated side effects upon use. Among the mild problems noted with the use of SAM-e was an upset stomach, and difficulty sleeping at night when taken before going to bed. Its oral form has been shown to fare slightly better than the antidepressant desipramine, with the former having a response rate of 62 percent while the latter had 50 percent. This trial was published in 1994 at the journal Acta Neurologica Scandinavica. Supplementum.

800 to 1,600 milligrams on a daily basis is the recommended dosage for depression, divided into two doses. Children and pregnant / breastfeeding women should not take SAM-e. 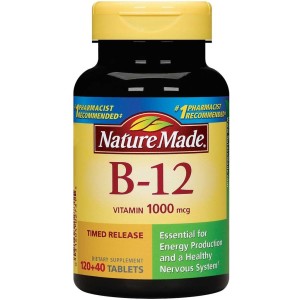 Also known as cobalamin. The vitamin is known for promoting proper digestion and circulation, enhancing the immune system, and aiding with the formation of red blood cells, and healthier skin and nails. It also works well in maintaining better mood and mental acuity.

While it is yet unclear as to how the vitamin specifically works for the brain, there are some theories as to how it gets the job done. First is that the vitamin plays a role in the creation of neurotransmitters that work with vitamin B9 and SAM-e to control the proper production of brain chemicals. A deficiency of the vitamin jeopardizes the process, leading to depression and other mental problems. Another theory is that vitamin B12 helps in the creation of myelin sheaths, a barrier that envelopes nervous system cells and speeds up nerve impulse transmission. When vitamin B12 levels are low, this leads to weaker sheaths, resulting to impaired transmissions and cognitive function, and this compromise also leads to negative moods.

The December 2003 study in BMC Psychiatry revealed that patients with depression have low levels of vitamin B12, while those with better mood have more of the vitamin. For the elderly, whose ability to absorb the vitamin has faltered, depression becomes more likely when they have vitamin B12 deficiency.

Just like in omega-3, aside from supplements, vitamin B12 is abundant in seafood, particularly in shellfish, mackerel, salmon, and trout, and non-aquatic sources like beef and organ meat. 2.4 micrograms are the recommended daily allowance for the vitamin.

Vitamin D may be helpful to those who do not seem to see the sunshine in their lives. Aside from being an important part of maintaining strong bones and teeth, the vitamin is also part of the central nervous system in the form of receptors.

It is not yet fully determined as to how vitamin D specifically works in the brain, but theories state that the receptors regulate the same chemicals that vitamin B12 controls, and the same effects occur during deficiencies. Additionally, people with depression are found to have low vitamin D levels, as shown in the February 2013 study at The British Journal of Psychiatry.

The recommended daily allowance for the vitamin are: 15 mcg for both teens and adults, and 20 mcg for people 70 years of age onwards. Being the “sunshine vitamin”, exposure to sunlight on a regular basis for up to 15 minutes can provide the body with the right amount of vitamin D, although this depends on skin type as people with darker skin may need longer exposure time. Egg yolks, fish and fish oil, and yogurt are some of the foods rich in vitamin D.

Update: You can click here to get discounted rates automatically applied for all the nutritional supplements above at Amazon.com

Have you tried any of these supplements? Do you have a supplement for depression to recommend? Let us know in the comments.