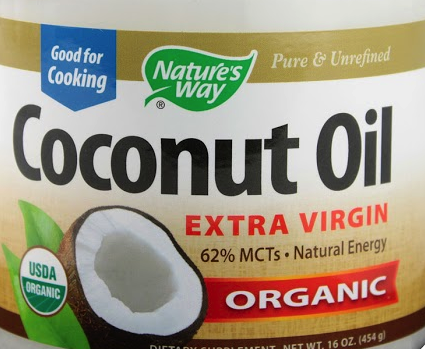 Coconut oil is harvested from the coconut palm (Cocos nucifera), it has many uses both edible and cosmetic. In the 90s coconut oil obtained a less than stellar reputation as an artery clogging oil high in saturated fats and cholesterol. Today researchers are indicating that the coconut oil used back then was partially hydrogenated coconut oil, and in fact virgin coconut oil, which has not been chemically treated, could actually yield benefits.

Also there are many things we know now that we didn’t know then, for example, not all saturated fats behave the same way. Lauric acid, the primary saturated fat in coconut oil, increases levels of good HDL (high density lipoprotein) and bad LDL (low density lipoprotein) but not in a manner which negatively affects the balance of the two. Although it cannot be claimed that coconut oil is as good for you as olive oil, it’s clear that in small amounts it isn’t harmful.

Due to its nature as a non-animal based, sweet oil that complements pastries and pies, coconut oil has seen a substantial rise in its popularity especially amongst vegans and in health food stores around the country.

Here we will review some of the most popular coconut oil products for the best prices in 2018. 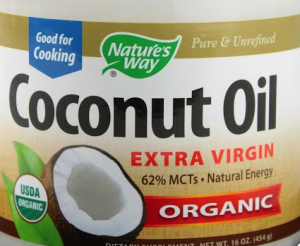 The coconut oil soft gels are advertised as an energy source, they are made from non GMO coconuts, they are non-hydrogenated and contain zero trans fats, they are also unrefined, non-bleached, and hexane free. It is advised you take four soft gels daily with meals.  Nature’s way claims the medium chain triglycerides in their coconut oil will speed up the metabolism, burn stored fat and ultimately help you lose weight when combined with a healthy weight loss program.

It is further claimed that the fatty acids in coconut oil support healthy digestion, nutrient absorption, and immune function, thus giving one “glowing skin from the inside-out”. If you don’t want to consume the soft gels orally you can also pierce the outer coating and massage them into your skin for a softer and smoother feel.

The liquid coconut oil is useful as a cooking substitute to vegetable oils. Ideal for salad dressings sauces, dips, and popcorn, and also for active lifestyles and weight loss programs. 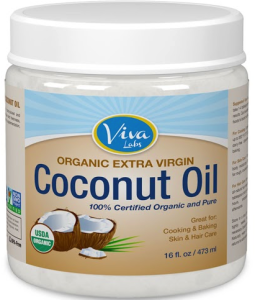 Viva labs prides itself on hand picking each and every coconut for optimal freshness and nutritional value. Their coconuts are USDA certified organic, non GMO project verified, non-hexane, bleach free, and deodorizer free. They recommend using their coconut oil as a dietary supplement, a butter substitute for cooking, baking, or as a moisturizer/ hair oil as part of a beauty routine. Viva labs also extracts its oil via the cold press process.

At the low price of just $0.45 per oz when you buy a 54oz jar, Carrington’s is one of the most affordable coconut oils out there. It is cold pressed and USDA certified organic, unrefined with no trans fats, and non-hydrogenated. Carrington comes in 12 oz and 54oz containers with the 12oz being the more popular. One of the negatives is that this coconut oil does come in a plastic container, although this makes the product cheaper some people believe this defeats the purpose of a 100% natural coconut oil as the plastic could degrade the quality. 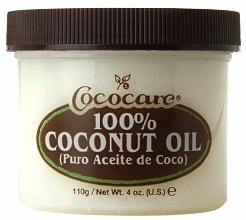 Cococare is a 100% coconut oil that doesn’t contain any added ingredients, artificial flavors, or scents. It can be used for cooking, skin care, or hair care. Also, it was not tested on any animals. Customer reviews for Cococare were generally positive, people seemed to appreciate the effects of the oil on their skin as well as its light coconut scent. Some said it decreased the appearance of scars, stretch marks and wrinkles, others have commented on how well it worked for their infant’s rash. There were also a few negative reviews largely in relation to the container quality and the lack of container size selection, some said it leaked and was difficult to travel with. 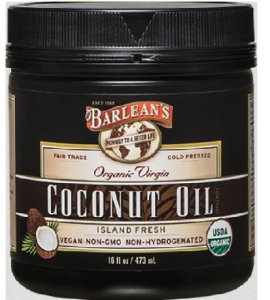 Barlean’s is one of the more expensive coconut oils out there. Unlike the grainy and uneven texture you may find in other oils this one is smooth and sweet. Barlean’s is pressed and bottled on demand. It is solvent and chemical free as well as USDA certified organic. When used as a moisturizer it leaves the skin velvety smooth and the hair shiny. As far as taste it has a great sweetness profile without any noticeable aftertaste, a rarity of its kind.