The Swilt Update – See What Happened After Shark Tank 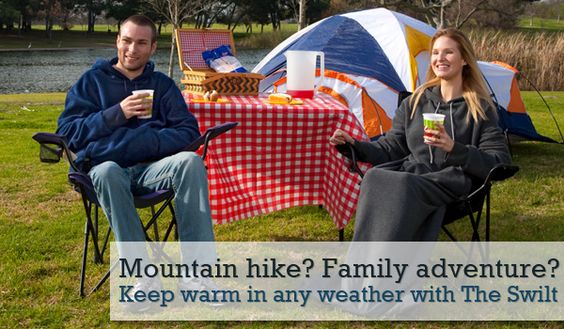 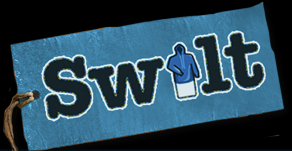 Ivori Tennelle is a young entrepreneur who based the idea of her product off of an already successful one. Everyone has heard of the Snuggi brand, which is basically just a blanket with sleeves. Well, Tennelle decided to get a little more creative with this idea and turn it into something that was completely her own. By combining the structure of a hooded sweatshirt and the general concept of the Snuggi, she invented The Swilt. What The Swilt is, is basically a sweatshirt that can be transformed into a quilt. The quilt piece can be rolled up and hidden inside the sweater, making it easy to travel and walk around in. Then, as soon as you’re ready to sit outside in the cold to watch a sports game or even hang out with friends on a chilly night, all you need to do is unroll the bottom half of The Swilt and you’ll be completely covered and kept warm.

Since creating her product, Tennelle has taken it to a few locations in hopes of making sales. So far she has only made sales at flea markets and other local markets, and in total, she’s sold around 100 units. As of right now her numbers aren’t that great, but that is why she decided to head over to the Shark Tank. Tennelle hopes to make a deal with one of the Sharks because she genuinely believes that people will love her product once they hear about it. What she needs is proper financial backing so that she can improve her Swilt website and manufacture more of the product so she can be prepared for the wave of orders she believes the business will receive once they have been properly advertised on the market.

Upon entering the Shark Tank, Tennelle asks the Sharks for $30k in exchange for a 35% stake in her business. After giving them her price, she then goes on to explain the demographic that The Swilt is supposed to appeal to. Like the ever so popular Snuggi, The Swilt was designed for sports enthusiasts, soccer moms, or even people who just want to be comfy during a long plane ride. According to Tennelle, her product as two “modes”. The first is On-The-Go mode, which is when the bottom half of her product is rolled and clipped up, which gives it the appearance of a normal sweatshirt. The second mode is Head-to-Toe mode. During this mode, the clips are unlatched and the blanket portion of the Swilt completely covers your legs. The bottom of her product is also covered in waterproof nylon, which protects it from getting dirty or damp. When you’re ready to get moving again, all you need to do is wipe it off and roll it back up again.

After she finishes her initial sales pitch, Robert Herjavec is the first to start asking questions. He wants to know what her current sales look like, which unfortunately isn’t that many at all. Currently she has only made 100 sales, but that is the result of only being able to sell at local venues. Tennelle believes that if the Sharks help her advertise the product that people will begin to go crazy for it. Herjavec also wants to know what exactly it is that she plans to use the $30k for.

If she were given the money, Tennelle plans to modify her website so that it becomes search engine friendly. This way The Swilt will receive more recognition and hopefully a lot more sales. In addition to that, she would also invest some money into product production so that she would be ready for the flood of orders she expects her company to have. 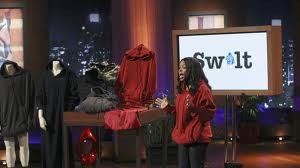 Mark Cuban backtracks a little bit to ask her where exactly her product is currently supplied at. Tennelle then takes a moment to clarify that she has only attended market places, like flea markets and such, to sell her product. However, while she was making her sales at these places, people have told her that The Swilt should be sold on a bigger scale. With this in mind, Herjavec spins it around to ask her why she hasn’t knocked on the doors of retail stores and asked them to buy some units off of her. This question seems to take her off guard and she kind of rambles on about how it’s a good thing that The Swilt is not tired down by one vendor, this way the Sharks can do whatever they want with her product.

Kevin O’Leary makes a joke out of that by offering her $30k of Daymond John’s money for 20%. He was only just kidding around of course, but Cuban is completely serious when he says that the design of The Swilt reminds him of something “a 13th century monk would wear”.  He also doesn’t think it’s the most practical pieces of clothing because he believes that the bottom portion of it could cause someone to trip and get hurt. As a result of these concerns, he decides not to invest into her business.

With one Shark out, Tennelle has to convince one of the other four to give her an offer. However, before she can really say anything, Lori Greiner chimes in to mention that she works with the people who launched Snuggi. According to her, they made billions of dollars in sales, but now you don’t hear about them anymore because the entire market is saturated with their blanket. It is her belief that The Swilt is just a newer model of the Snuggi, which is why she can’t really invest into it.

Despite what Greiner said, Tennelle still believes that her product is worth investing into. She argues that with the Snuggi, you can’t go outside or even really be mobile with it, which is why The Swilt is so much better. Herjavec doesn’t think that it looks all that flattering and says that he would never wear it. The only hope she really has with striking up a deal is if John sees some potential in it because he is the one who works in the fashion industry. O’Leary and Herjavec are both in agreement with this, so they both decide not to invest and turn the floor over to John.

With all eyes on John, Tennelle and the rest of the Sharks wait to hear his verdict. He sees the passion that she has for her product and he thinks that this experience will definitely help her to come up with something better and new, but unfortunately he doesn’t believe he has anything to offer her in regards to The Swilt. So, with the last Shark out, Tennelle has to walk away from the tank empty handed. 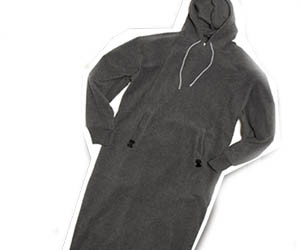 After appearing on the Shark Tank, The Swilt seemed to whither away to nothing. Despite having overwhelming confidence that her product would do insanely well with only a little bit of advertising, Ivori’s rendition of the Snuggi just didn’t seem to catch on.  A while after the episode featuring her product aired, The Swilt’s website was abandoned and there hasn’t been any activity on it’s social media accounts in many years. Clearly Tennelle had an idea that she wasn’t all that willing to execute, because she lacked the ambition to create a fully functional website that would give her the backing in sales that she would have needed to get the Sharks to bite. Overall, it is clear that Tennelle was not meant to become a businesswoman and The Swilt was never meant to be sold on a retail market scale.