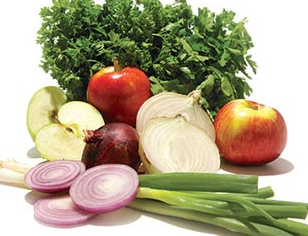 Antioxidants help keep the body in top shape by fighting off free radicals, or harmful molecules that will inevitably bring damage. Aside from that, antioxidants render healthier changes to the body and the prevention of certain conditions and illnesses. 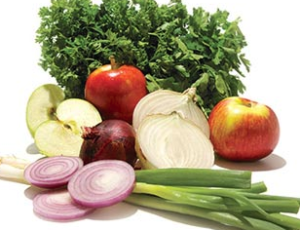 A flavonoid, or plant pigment, found in many sources of food and drink like apples, citrus fruits, dark berries, onions, parsley, green tea, sage tea, and red wine. Aside from fighting free radicals, quercetin is also known to render the following benefits:

When foreign particles like dust or pollen invade the human body, chemicals named histamines are released which lead to allergic reactions such as having a runny nose, or watery eyes. Quercetin provides respiratory relief by acting as an antihistamine, preventing the release of histamines.

The human body releases hormones called coristols during times of stress. When stress levels are too high, these hormones can do more harm than good by damaging muscle tissue that leads to a protein breakdown. Quercetin controls the release of coristols to prevent damages on the body in periods of stress.

There are claims that quercetin has cancer fighting properties, alleviates rheumatoid arthritis, and reduces prostate inflammation, although more research is needed to confirm these.

9. Beta-carotene is the Vision Antioxidant 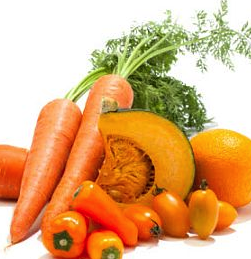 People with conditions that make them sensitive to sunlight such as erythropoietic protoporphyria and certain liver problems are advised to increase beta-carotene intake as it reduces sun sensitivity.

Malnourished women are given beta-carotene food and drink to help reduce the risks of night blindness and death in pregnancy, along with postpartum diarrhea and fever.

Beta-carotene is an excellent source of vitamin A, which is important in ensuring the growth and development of better eyesight and the body’s immune system. 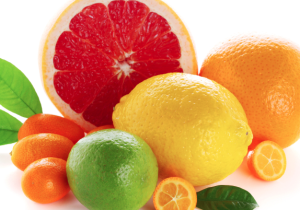 Also known as ascorbic acid, vitamin C is well-known for its health benefits and is also an antioxidant that prevents free radical damage. Citrus fruits are rich in vitamin C along with non-citrus ones such as kiwifruit, papaya, pineapple, and strawberries. Non-fruit sources include red bell, chili, and green peppers, broccoli, cabbage, cauliflower, kale, spinach, and turnip greens.

Vitamin C aids in the repair and regeneration of damaged tissues, healing of wounds, and the maintenance of bones and teeth.

Collagen, a protein used by the body to create blood vessels, cartilage, ligaments, skin, and tendons, is made with the help of vitamin C. This also leads to a lesser risk of arthritis.

Studies show that vitamin C helps prevent the buildup of plaque in the arteries that lead to heart attack or stroke. Other studies reveal that high blood pressure is also decreased with frequent consumption of vitamin C sources.

7. Vitamin E is a Healthy Fat and You Need It 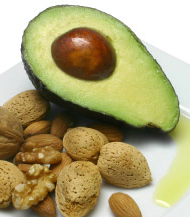 Vitamin E refers to a collection of eight different chemical compounds, but only alpha-tocopherol meets human requirements. As an antioxidant, vitamin E protects the cells from damage that contribute to cancer and diseases. Avocado, nuts and vegetable oils are considered as the best sources of vitamin E, followed by fortified cereals, green leafy vegetables, kiwifruit, mango, peanut butter, seeds, spinach, and tomato.

For people living with environmental risk factors such as pollution, smoking, or ultraviolet ray exposure, vitamin E helps repair cells that are damaged by said factors.

Vitamin E protects the artery walls and keeps the formation of LDL cholesterol. Blood is also kept thin by the vitamin by controlling blood platelets from clumping into a mass.

The vitamin improves the function of insulin, and reduces oxidative stress for better blood glucose metabolism. This is especially useful for people who suffer from diabetes.

In times of exercise the human body’s metabolism creates free radicals. Vitamin E ensures that these free radicals do not cause any damage. 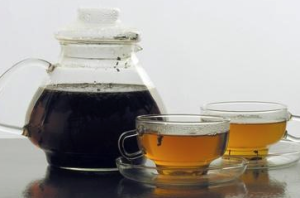 An antioxidant closely associated with tea and the benefits it brings about has been documented since ancient times. It can be found in apples, berries, black grapes, cocoa, and red wine. The greatest source of this antioxidant is found in the leaves of Camellia sinesis (reported to be ten times better than other sources), which is then brewed into tea.

Risk of heart disease and stroke are reduced to people who regularly drink tea. They also have lower cholesterol levels and can quickly recover from heart attack.

The stress hormone coristol is reduced and kept to a lower level. This makes tea a very soothing drink that calms and relaxes the nerves.

Catechins positively affect neurons in the brain, reducing the risk of the dreaded Alzheimer’s disease and Parkinson’s disease.

The antioxidant hinders the growth of streptococcus mutans, the bacteria notorious for being the most harmful in the oral region. Aside from that, catechins are also capable of preventing viruses from invading the body. 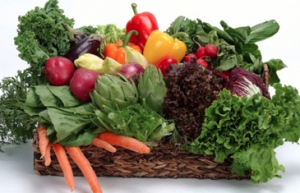 Lutein is a carotenoid that gives vegetables orange or yellow colors. Some call it the “eye vitamin” because of its benefits that are mostly focused on eye health, and the fact that lutein is the retina’s main pigment. Good sources of lutein, other than the orange and / or yellow fruit and vegetables, include broccoli, corn, eggs, grapes, green peas, kale, spinach, turnip greens, and zucchini.

Lutein also improves eyesight and protects the eyes by filtering damaging blue light so it won’t reach the retina.

People with photophobia are noted to have reduced sensitivity to light after a period of regular lutein consumption. 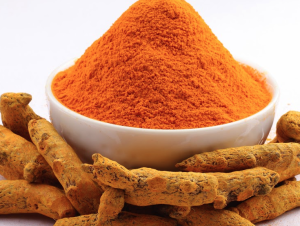 The ancient Indian medical practice of Ayurveda utilized many herbs in therapeutic activities; one of these herbs is the golden spice turmeric.  The primary agent that gives turmeric its medicinal benefits and flavor-enhancing properties is the antioxidant curcumin. Meals that include turmeric are great sources of curcumin, and Asian cuisine being the primary users of the ingredient in dishes like curry, yellow rice, and Thai curry paste. In Western countries, turmeric is commonly found in deviled eggs, certain cheeses, egg salads, relishes, and Worcestershire sauce.

Curcumin is known to stop inflammation by inhibiting the enzymes that cause it namely cyclooxygenase-2 and 5-lipooxygenase. Over-the-counter drugs for inflammation are often compared to curcumin, although the latter does not have any potential side-effects.

The antioxidant protects colon cells from the damaging effects of free radicals on the DNA. By enhancing liver function, curcumin also aids in the destruction of mutated cancer cells to prevent further spread.

Not only curcumin acts as an antioxidant, it also boosts the body’s own antioxidant enzymes. This enhances the body’s capabilities in getting rid of harmful free radicals.

Curcumin stimulates the levels of Brain-Derived Neurotrophic Factor (BDNF), or one of the growth hormones that help neurons form connections and multiply. This may help in stalling or ultimately reversing brain-related diseases and degeneration due to age. 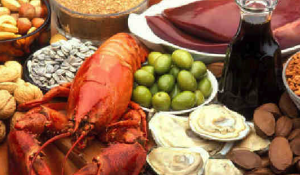 An essential mineral found in the soil, and also appears in certain foods and in water. Selenium is a powerful antioxidant and an important nutritional mineral that provides benefits for the body. Selenium is found in some types of fish (flounder, halibut, herring, mackerel, and tuna) and shellfish (lobster, oyster, and scallops). Other sources include Brazil nuts, banana, cheese, egg, garlic, grapes, roasted chicken, sunflower seeds, and whole grains. The level of selenium in planted food depend on the soil’s own selenium level, and it is also destroyed when processed or refined hence it is better to eat unprocessed selenium sources.

People who take very little selenium are at higher risk of type 2 diabetes, along with other conditions like Crohn’s disease and asthma. Also, observations done on places with selenium-rich soil revealed low cancer rates.

Selenium plays an important role in the body’s creation of proteins for sperm. Deficiency in selenium leads to deformed and immotile sperm.

Selenium helps the body’s defenses from illnesses by aiding in the buildup of white blood cells. This also makes the immune system respond better to vaccines.

2. Lycopene is One of the Best Antioxidants 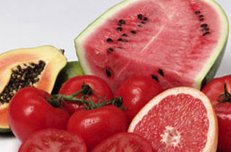 Best known for being abundant in tomatoes and giving them a rich red color, lycopene is a powerful antioxidant and also a cancer-fighting agent. Heat makes it easier for the body to use the lycopene, making tomato juice, paste, and ketchup ideal sources. Aside from tomatoes, other good sources of lycopene include asparagus, carrot, grapefruit, guava, mango, papaya, red cabbage, red pepper, and watermelon.

Lycopene maintains the fluidity and strength of cell membranes. Being the guardians of cells, cell membranes are responsible for checking what comes in and what comes out. Cell membranes let good nutrients into the cells while getting rid of junk and cellular toxins.

Blood vessels are widened and improved, leading to reduced risk of cardiovascular diseases.

Risk of macular degeneration and other similar diseases in the eye are decreased on people who regularly include tomatoes in their diet. 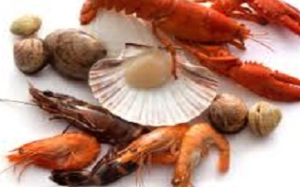 A carotenoid responsible for the pink or red colors of certain marine life. Named as “king of the carotenoids”, astaxanthin is believed to be more powerful than the other carotenoids, and also has many health benefits that range from improving bodily performance to protection from ailments. Sources include crabs, lobster, seabream, salmon, shrimp, and trout. Freshly-caught sources of astaxanthin are a lot better than farm-raised ones as their diet of microalgae contain the most pure form of the antioxidant.

Intake of the antioxidant, along with topical application, works wonders for the skin by maintaining skin moisture, minimizing age spots, and smoothing wrinkles.

The antioxidant acts as an effective anti-inflammatory and pain reliever similar to prescription analgesics, sans the side-effects. Inflammatory compounds that result in many chronic diseases are reduced as well.

Astaxanthin is theorized to be responsible for the salmon’s powerful ability to swim upstream. For human beings this gives a boost in endurance and strength, better muscle recovery, and enhanced energy levels.

Every cell of the human body is protected by astaxathin’s molecular lipophilic and hydrophilic attributes.