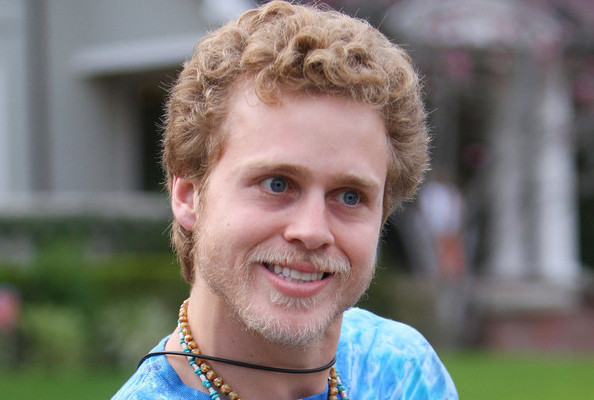 Is it real? Is it an act? International villain Spencer Pratt kept the world guessing for years. Rising to prominence in 2006 in MTV’s “The Hills” where Spencer stirred the pot so hard he broke the spoon. The world loved to hate him, but being the bad guy too long left us just hating him. After too many years of pushing his luck with audiences is he still relevant or is he over the hill?

Spencer William Pratt was born on August 14th 1983 in Los Angeles, California. Raised in L.A. by his parents, William Pratt and Jane Gillespie, Spencer had a fascination with celebrity culture. He always claimed he was going to be famous, though for what he could never say. Lucky for him he became pals with Brandon and Brody Jenner in the age of reality television. 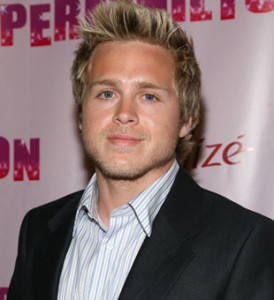 In 2005, with the help of the brothers, he conceived and produced “The Princes of Malibu”. This short lived train wreck depicted the day to day lives of the three boys as they bothered record producer David Foster and were pampered by his wife Linda. The show was cancelled after six episodes. The main reason for this being the divorce of Linda from David. He soon bounced back and in 2007 joined the cast of the popular reality show “The Hills”.

Spencer started dating Heidi Montag in early 2007, which was especially lucky as she was currently co-starring in MTV’s “The Hills”. His entrance to the show shook up the established dynamic and created a rift between real life friends Heidi and Lauren Conrad. He established himself as an antagonist, shameless and confrontational, he was just the shot in the arm the show needed to boost its ratings through the stratosphere.

How much of this was the real him and how much was acting is up for debate. The farcical plotlines of the later series notwithstanding, early on it really seemed to be a very loose unscripted show. Showcasing a knack for shaking things up he was given more and more prominence. According to the actors the later seasons were much more scripted and Spencer appeared to be more and more of a villain.

Spencer wed his on-screen girlfriend Heidi in 2008 in Mexico. The producers of “The Hills” were reportedly furious with this and staged a new wedding to be shot for the show. He would go on to produce an album for Heidi. The record bombed and cost the young star over two million dollars. The growing public hate was seen as bankable by the young couple and they soon began making appearances everywhere they could, milking the fame for all it was worth.

Life After the Hills

Innumerable magazine covers, countless paparazzi photos and leaked lies kept them in the limelight for the years following “The Hills”. They appeared in the second season of NBC’s “I’m a Celebrity… Get Me Out of Here” but left after the second episode when Heidi went down with a gastric ulcer. They claimed that the removal of the labels from their hair products, done by the other contestants in the previous episode, cost them a sponsorship deal with QVC. 2009 also saw the release of their book, “How to Be Famous”.

Most notoriously Spencer and Heidi filed for divorce in July 2010, citing irreconcilable differences. It turned out to be a ploy to boost Heidi’s flagging career and they renewed their vows that November. Adding to the already long list of clubs and bars that Spencer is already banned from in Los Angeles, Spencer was forced to return home and banned from ever entering Costa Rica again after attempting to board a plane carrying hunting weapons.

What is Spencer Pratt Doing Now in 2018?

In a surprising turn of events, Spencer and Heidi’s appearance on the UK version of “Celebrity Big Brother” in 2014 was met with wide spread approval from the British public. With the horrible fascination of a car crash 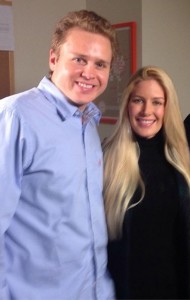 the UK’s eyes were transfixed on the couple as they performed more and more heinous acts on British T.V. Having a notable feud with television presenter Rylan Clark and refusing to be separated for a week so that Singer Claire Richards could receive a letter from her children. They were loved and hated. Reviled and applauded because in spite of anything else, they made good T.V.

This year Pratt appeared, along with Heidi, WE tv’s Marriage Boot Camp where they worked out their differences regarding children and befriended Tyson Apostol. He collaborated with Apostol on a podcast called “The Spyson Hour”. Spencer and Heidi are currently in talks with WE tv about a new show were they coach up and coming reality stars on how to grab headlines and stay in the limelight, much like their book. Expect more reality shows, more false break ups, more fights with other celebrities and a slow decline into obscurity.

Spencer and Heidi will be returning to the Big Brother house in the UK this year. Not too much of a surprise, seen as the flagging program is hurting for ratings, and the pair have proven popular with UK audiences. His sister, Made In Chelsea star Stephanie Pratt, has urged her brother to stir it up with gusto, citing a fairly placid performance in the house. He is being paid to be a villain, and regardless of what you think of the guy, he’s really good at being an insufferable ass.