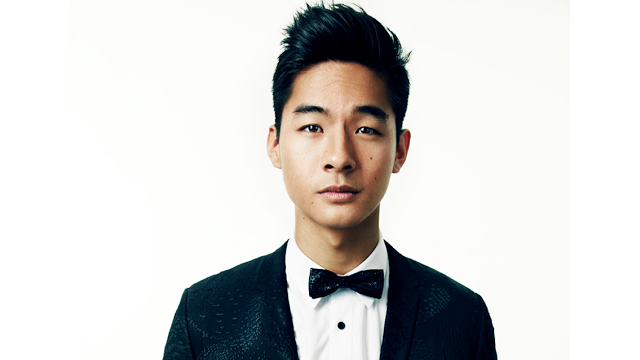 YouTube star Kevin Wu, known by his online handle “KevJumba” has seen huge success with his blend of meandering stories and deadpan delivery. Drawing on aspects Asian American culture he has gathered a large fan base, almost 3 million subscribers, making him one of the most popular Asian American vloggers out there. But since 2013 he hasn’t posted a single video. What happened to KevJumba?

KevJumba was born on June 12th 1990 in Houston Texas. He attended Clements High School in Sugar Land Texas, graduating class of 2008. He then went to University of California at Davis but dropped out. He currently lives in downtown L.A.

KevJumba uploaded his first video to YouTube on February 5th 2007 whilst still a high school student, but first grew to prominence with his March 8th release of “I Have to Deal with Stereotypes”. The video was featured on the front page and its views rapidly rose. People were taken with his irreverent look at Asian stereotypes and the way he would deny them whilst fulfilling them.

The format would become his mainstay and he would go on to global appeal, with a disproportionate amount of viewers hailing from Singapore. In September 2008 he began collaborating with Christine Gambito, known as HappySlip, in both her webseries and his own videos. In her videos he played Kevin, Minnie Cruz’ online boyfriend. He appeared four times in total. 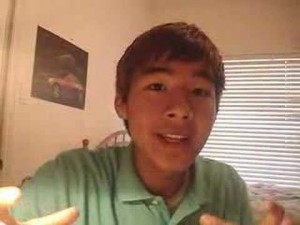 Shortly after the release of his “Butthash Hero” video in November of 2007 he began featuring his father, Taiwanese Immigrant Michael Wu, known as PapaJumba, in his videos. He made his non candid debut in August 2008’s “I Love My Dad” where he answered questions asked by fans of the show. He has since appeared in his own segment titled “My Dad is So Asian”.

In 2008 KevJumba was the number one most subscribed comedian on YouTube. His fans included such high-profile names as Ella Koon, Baron Davis and Jessica Alba. Later that year he was challenged to a longest stare contest by Davis on ibeatyou.com, a site co-founded by him. He won and went on to challenge Alba, who accept the challenge.

2008 was also KevJumba’s first foray into scripted media appearing in HBOlab’s, the online arm of the HBO network, Hooking Up. Starring fellow vlogger Philip DeFranco the show was a modest success, though it was noted that KevJumba put in the better performance and was wasted in the stereotypical Asian friend role. That the show seemed to be a cynical attempt to cash in on the emerging popularity of the vlogging scene didn’t help matters much.

The next major development from KevJumba was the 2010 release of his webseries “Funemployed”. Co-created with Philip Wang of Wong Fu Productions. The series took off and reached 500,000 views within a few weeks. It chronicled the lives of best friends Kyle and Jason as they try to make money, coming up with the idea of a YouTube channel, in a plot highly reminiscent of both of their careers. The show lasted eleven episodes and numerous one shots. In May of 2010 he appeared in the seventeenth series of “The Amazing Race”. The season premiered on September 26th. They lasted until leg seven of the race, placing seventh in the overall competition.

Beginning in 2009 KevJumba started the JumbaFund YouTube channel, with all proceeds going to charity. This would lead to the building of a school in Kenya. He soon received an email and video from a group of young Kenyan children asking him to come to Nairobi to teach a class. They had been learning English by, amongst other things, watching his YouTube videos. He agreed and went to Kenya to teach. Soon after he doubled down on his charity work, eventually raising 50,000 dollars for various organizations. The school was named in his Honor, Jumba Lenana Academy.

In 2011 he began performing with the YouTube super group “Yesterday, Today Forever”. Performing their first concert in Hawaii, singing and comedy. He also designed the paint scheme for Brian Wong’s Stock car in the Casino Arizona 125. Mid 2012 he starred in a short series of videos for new channel YOMYOMF, you offend me you offend my family, called KevJumba Takes All. In this he interviews various internet celebrities and Felicia Day.

Since the 2012 release of his feature film debut “Hang Loose” his YouTube channel has gone quiet. It seems the transition into acting has become a permanent one. He stars as a fictional version of himself on his way to Hawaii for his sister’s wedding, but finds himself on an adventure with his future brother-in-law, played by Dante Basco. The film was not well received, but it was here he met future collaborator Justin Chon. 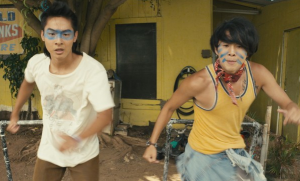 Re-emerging in 2014 in The Martin Scorsese produced “Revenge of The Green Dragons” alongside Justin Chon. The film depicts the rise of Sonny, a member of the Green Dragons gang in New York’s Chinatown. Unfortunately the film was poorly received but it led to Chon and KevJumba’s 2015 film “Man Up”.

Justin and KevJumba’s “Man Up”, not to be confused with Simon Pegg and Lake Bell “Man Up” released last year, was written and directed by the pair in 2013. The story centers on Wu and Chon playing slacker best friends and the turmoil that occurs when one of them unexpectedly becomes a father. The film was sold to Lakeshore Entertainment for their “Off the Dock” platform and re released in 2015.

With the long hiatus of his YouTube channel and his successes in the film industry it’s anyone’s guess as to whether we will see a return of KevJumba to the platform that made him famous.  But at this point it doesn’t seem to matter too much, look forward to seeing more of this talented performer in the future.

edit: It seems I was mistaken, though I could find no reports on it looks like Kevin Wu has indeed been taken in by the Hare Krishna Cult. His instagram has a reference to the young faith. He also appears to be studying eastern religion, though there are unconfirmed reports of him having dropped out of college.

It is always sad to see a once popular figure remove themselves from the world, and while I will never blame the person for not being able to handle the stress that comes with even minor fame, I can’t help but feel that Kevjumba’s choices have been a little extreme. He claims to not be affiliated with the Krishna movement, but recent photos of him reveal an emaciated figure, far removed from the once vibrant and healthy rising star.