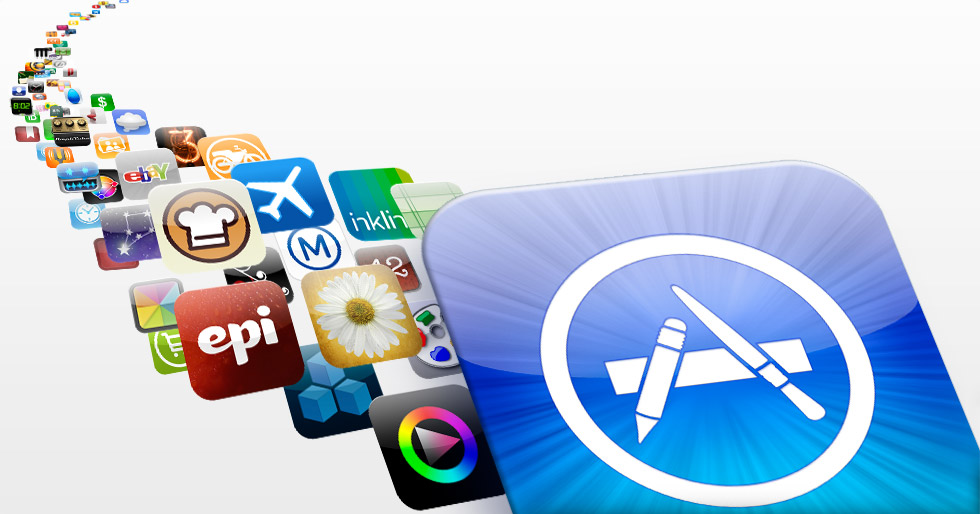 It seems like the iOS game market is getting saturated with sub par content. With new games coming out day after day, it can be hard to figure out what’s worth your time and what isn’t. Luckily, here at the Gazette Review, we help you avoid the trial-and-error that comes with finding your new favorite iOS game. Check out this list of the 10 best iOS games of March 2016.

Rolling Sky is a super chill game. Whose mechanics should be familiar to most iOS gamers. It’s an

infinite runner sort of game, where you swipe left and right to avoid obstacles and proceed through the level. This sort of game was really popular a while ago, with games like Temple Run topping the iOS charts. Rolling Sky is really difficult, but not impossible, which makes the gameplay experience all the more satisfying for the user.

I really like the general feel of Rolling Sky. The soundtrack is amazing, and the visuals are pretty unique as far as iOS games go. I would highly recommend this game to someone looking for a difficult (but rewarding) infinite runner experience. Rolling Sky seems simple on the surface, but you’ll be surprised with how easy it is to sink dozens of hours into it. (Trust me.)

Alright, so even though I think Stop is sort of losing popularity, I can’t stop playing it. Stop is basically just a Scattergories clone. You roll a wheel to select a letter, and you compete with someone else to determine items belonging to the predefined categories, starting with the letter that was selected. You earn bonus points for answering with a “rare” answer.

The Stop mechanic, Stop’s namesake, makes the gameplay kind of unique. You’re able to slide down a button to stop all gameplay at any point. So that means there’s some strategy involved. Instead of taking the full minute to guess six items, you can guess two really quickly, and stop the game. It’s a really fun and challenging little word game to play with friends, and I can’t stop playing it.

I was a little hesitant to get into Neo Monsters at first, but I’ve grown to enjoy it. Neo Monsters is a fun little game with gameplay and mechanics strikingly similar to that of Pokemon. The story is pretty out there, and it twists and turns in all sorts of weird directions. You move your character from a top-down perspective, select a chapter and fight. Each of the story chapters contains a few battles, but you may also grind your monsters, if you’re so inclined. 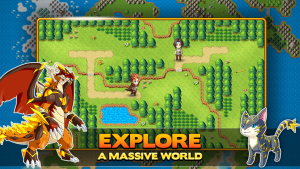 Neo Monsters is pretty good as far as Pokemon clones go. The creature design is impressive, and pretty on-par with Pokemon’s. The story is interesting, if a little over-complicated. The mechanics are easy to learn, but difficult to master. The only drawback that I see in this game is the microtransactions. You have to spend a certain amount of tickets to begin each story chapter, and your tickets regenerate slowly over time. This is okay if you only play on your iDevice every once and a while, but it makes it hard to binge on levels. All things considered, Neo Monsters is a great game for Pokemon fans and newcomers alike.

You’ve probably heard of this one already. Color Switch is a really cool color and shaped-based puzzle game. The premise itself is simple. You navigate your colored ball through different obstacles, and are only able to pass through lines that are the same color as your ball. If you pass through the wrong color, you have to start over. Like Rolling Sky, it has a bit of a learning curve, but once you get the hang of it, you feel like a wizard.

It may sound dull, but Color Switch’s gameplay and difficulty remind me a lot of Flappy Bird. It’s really easy to figure out what you’re supposed to do, and you know how to do it, but sometimes it just doesn’t work. It’s rage-inducing, but it can also be kind of calming. If you think that Rolling Sky is too loud or busy, Color Switch’s simple concept and execution would probably charm you.

I really like this one. Lakewood Plaza Turbo is an upcoming Cartoon Network series, created by Ian Jones-Quartey, who was a frequent Supervising Director and Storyboard Artist for Steven Universe. Lakewood Plaza Turbo is a goofy little show, taking influence from the over-the-top Shōnen anime like Dragonball Z and Yu Yu Hakusho (K.O. shares a VA with Goku, Sean Schemmel), and beat ’em ups like Streets of Rage. Even if you don’t like the idea of the cartoon itself, OK K.O. is a heck of a time. 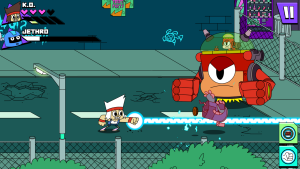 OK K.O. is pretty much your standard side-scrolling beat-em’-up. You’re able to progress through levels, utilizing different special moves and abilities that you’ve learned over the course of the game. OK K.O. has a really charming sense of humor, and although the gameplay itself is fun, the game is pretty much carried by its characters and story. If you’re looking for something a little different, you might as well give it a try.

iSlash is a pretty popular game, but it’s also pretty old. You might be thinking, “What’s a game like iSlash doing on a current list of iOS games?” Listen, I get it. iSlash is Angry Birds, Infinity Blade-tier in terms of iOS apps that you’re tired of. iSlash HEROES, on the other hand, is a little different. iSlash Heroes is a completely new take on the original iSlash game, with new gameplay mechanics, new levels, and updated graphics.

Die-hard fans of the original iSlash won’t be disappointed. iSlash Heroes is still, at its core, iSlash. Coming from the same developers, you don’t have to worry about iSlash Heroes not staying true to its source material. You’ll be just as stumped, and you’ll still have just as much fun. Puzzle games are my personal guilty pleasure, and I think that iSlash Heroes is a fresh, yet familiar take on an old classic.

Our good friends at BoomBit have delivered another gem. BoomBit brought us hit games like Bird Climb and Running Circles. Slingshot Rush delivers the same quality in a different way. Slingshot Rush has the feeling of an infinite runner, with emphasis on traveling as far a distance as possible and having sharp reflexes, with a few puzzle elements too. In the game you shoot off your character of choice and carry their momentum by tapping to swing them along different spots along a map. 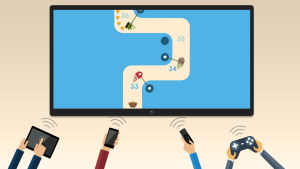 Slingshot Rush supports multiplayer, where you race or try to outlast your opponent. Slingshot Rush is a game that is really easy to pick up, but when you play online multiplayer you very quickly realize how high the skill ceiling for the game is. The more you play, you more you learn how to tweak your trajectory, shave a few seconds off of your time, and nab all of the gems in a section. I think Slingshot Rush could very well be the “next big app” and I really recommend that you give it a shot. (Pun intended.)

Alright, so maybe it’s a bit of a stretch to call Either a game. In my opinion, it’s just as fun as one. Just like Stop is a Scattergories clone, Either is a Would You Rather clone, and it’s a load of fun. Would you rather have fingers as long as legs, or legs as long as fingers? You can answer all of these weird questions and then see what other people voted on. (I would personally have legs as long as fingers. You could just get prosthetic legs to go over them!)

Like I said, Either isn’t really a game in that you can’t have a high score or earn achievements, but it’s still a blast. You’d be surprised how easy it is to sit and vote on scenarios, and get into arguments with people in the comments section. Yes, Either supports discussion boards on each of their questions, so you can justify your choice with others. It feels more like a social platform than a game sometimes, but I still think it’s worth mentioning. 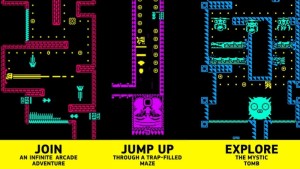 I absolutely adore how Tomb of the Mask looks. It’s 2600 throwback palette let it stand out even in a market saturated by games with lo-fi visuals.. The sound effects that the game makes when you jump is truly hypnotizing. The levels themselves are designed really well, and there is plenty of them. If you like platformers, infinite runners, puzzle games, or games in general, you’ll probably get something out of Tomb of the Mask.

In my opinion, Thumb Drift is the epitome of the iOS game. Thumb Drift’s control are amusingly simple. The art style is unique and charming. The game itself is easy to pick up and play, and it’s addicting as hell. The entire basis of Thumb Drift is that you’re trying to control a car as it traverses a course, while drifting. Your only way of controlling it is by using — you guessed it, your thumb. Like a few other games on this list, Thumb Drift is an infinite runner, but I think there’s still a feeling of progression that a lot of infinite runners don’t have. 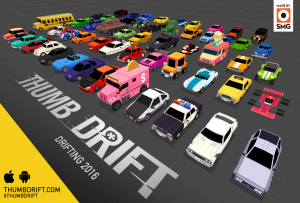 When you progress through levels in Thumb Drift, you’re able to potentially unlock new cars and tracks. I think that this keeps Thumb Drift relatively fresh. The biggest issue that I have with infinite runners is that, a lot of the time, I think to myself, “What’s the point? Go father so that I can see more of the same thing, faster?” Thumb Drift makes you want to succeed, to unlock that cool car, to try out that new track. It’s a highly addictive experience, and I really enjoy it.